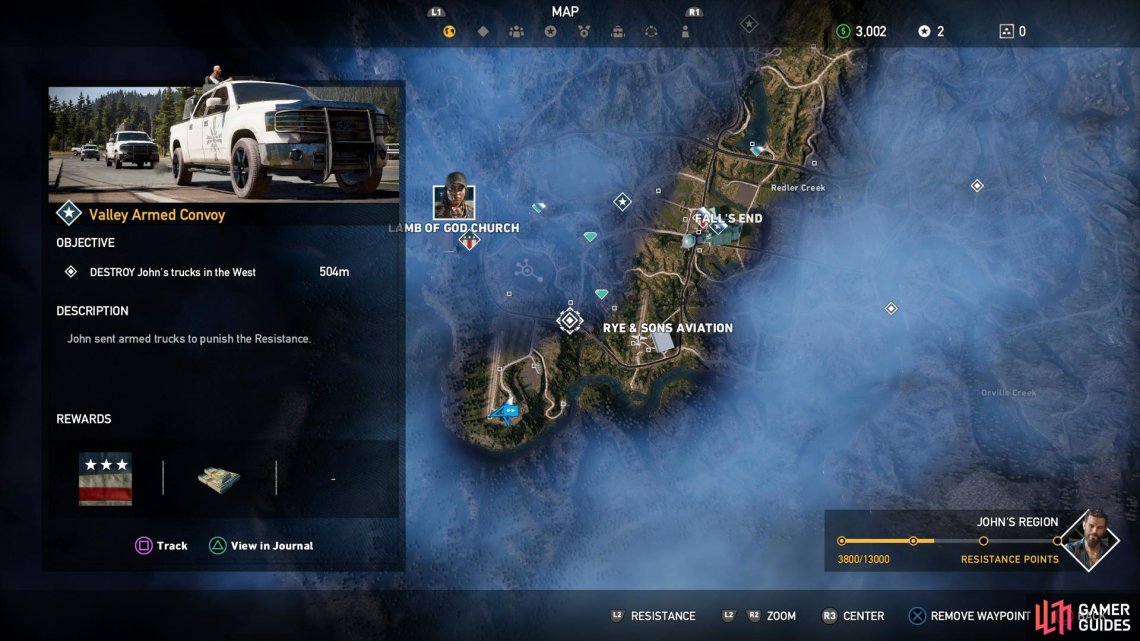 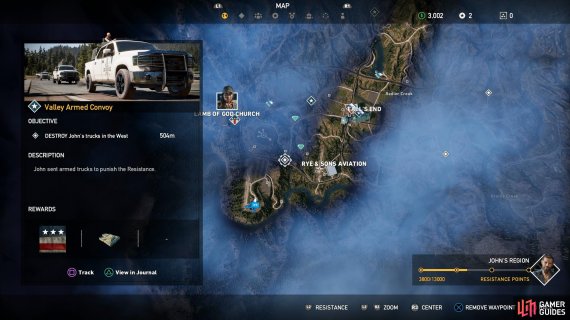 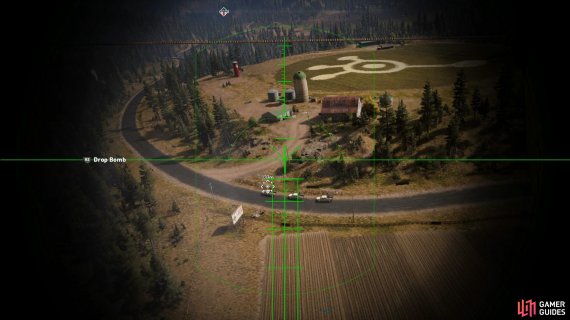 The west convoy is near to Seed Ranch outpost (left), destroy from the safety of a plane (right)

Destroy John’s trucks in the north, east and west

You’ll need to take out three armed convoys, identical to the first objective of the Air Raid mission, three vehicles with mounted machine guns on them. You’re free to take them out in any way you like but the easiest way of doing this (provided you’ve finished the Nick Rye missions) is to take to the skies and assault from above.

You can save yourself some money by taking the Carmina plane, (rewarded from the Air Raid mission for free) spawning it at either the cleared Seed Ranch or Rye & Sons Aviation. You’ll want to perform strafing runs with the machine gun if you’re not comfortable with dropping bombs on them (although this is quicker). 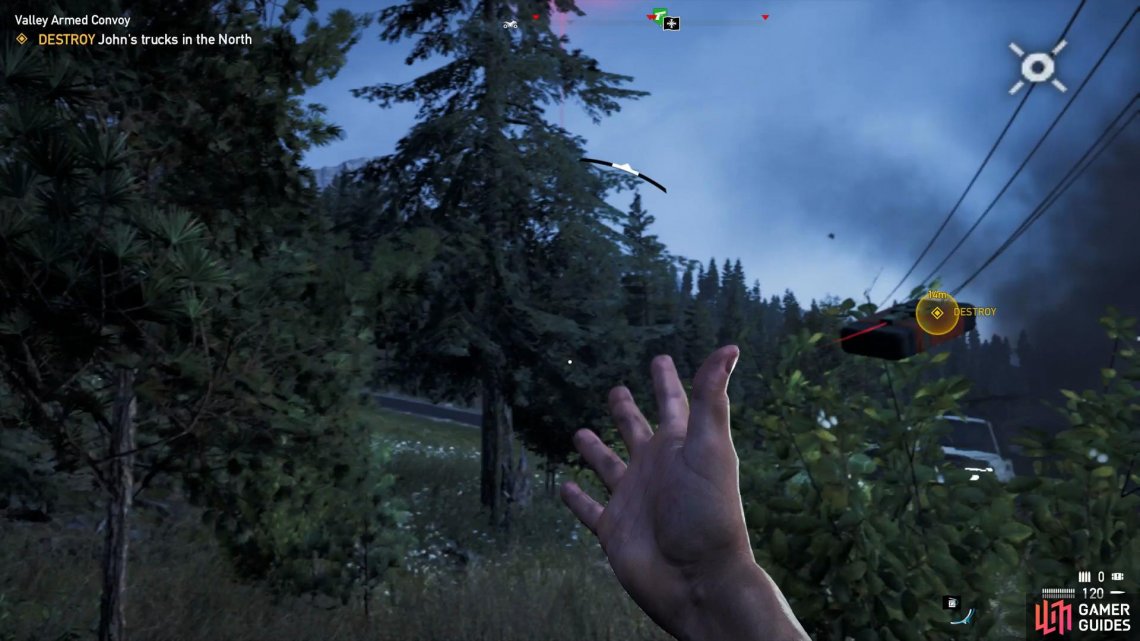 Using explosives is a fine alternative.

If flying is not your thing, you can also attempt this by heading to each location and setting up a trap by placing controlled explosives along the road and detonating them as the convoys pass, picking off any stragglers. Finally, you can go gung-ho and grab an RPG-7 and let loose with rockets, the choice is yours and once you take out the third convoy, the mission completes.