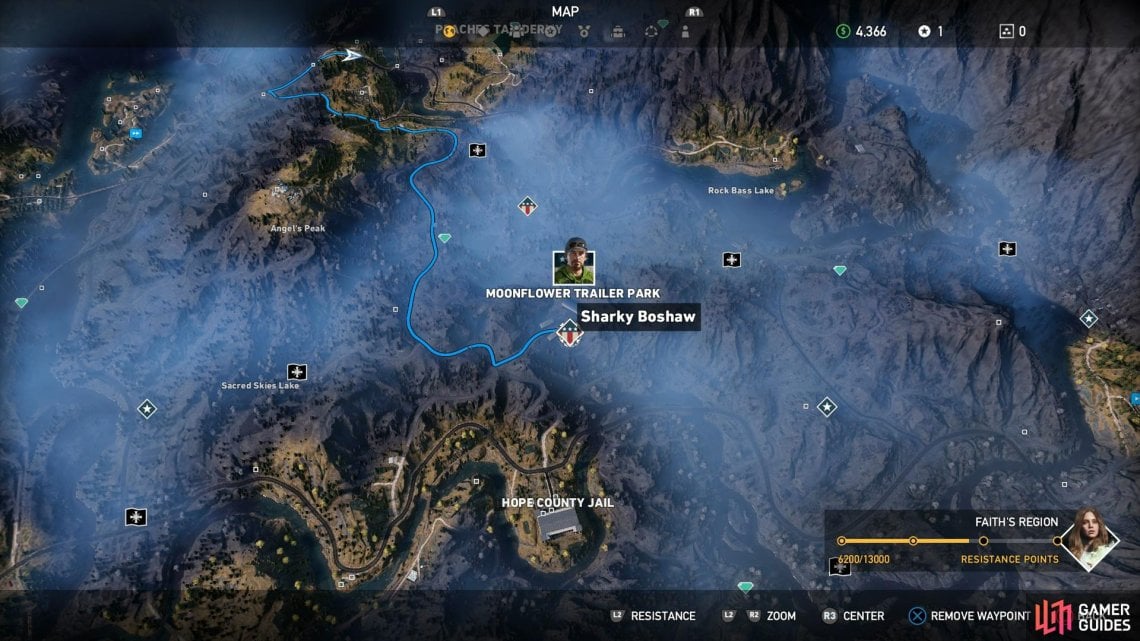 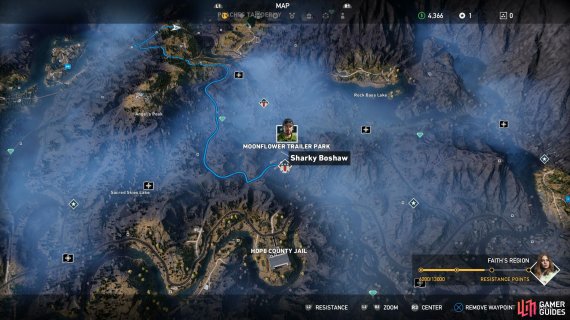 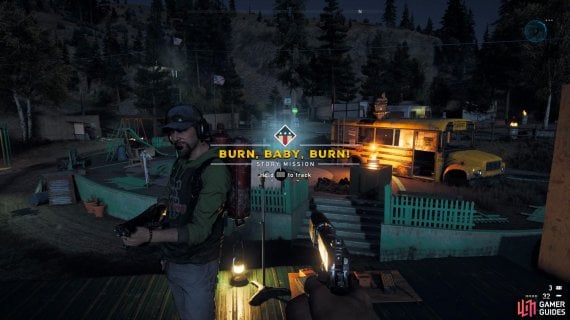 The trailer park is just a short distance north of the Jail (left), make sure you’re locked and loaded before starting the mission. (right)

Kill all the angels you can

You will find the Moonflower Trailer Park directly north of the Jail and inside, the eccentric, Sharky Boshaw. He’ll give you the opportunity to join him in burning Angel cultists while playing loud disco music. Make sure you’re fully stocked on ammo prior to speaking to him as doing so starts the first wave.

Once the music starts, the Angels come pouring in and you’ll need to put down as many of them as you can. Stick to the higher ground, you don’t want to jump down unless absolutely necessary to avoid being surrounded. If you see a group of them together, throw in an explosive to take them all out at once (you can find more up by Sharky) and be sure to pick up the ammo littered around the trailer park, there’s plenty there.

Switch off the speakers [4]

Matters take a turn for the worse when Sharky’s pedal breaks, leaving you the task of heading over to each switch and manually turning them off. The Angels will keep coming at this point, take groups out with explosives and be weary of the explosive canisters close to the switches themselves.

The cultists will enter the scene at this point and begin shooting at you. Take the pickup trucks out with remote explosives while you circle around hitting all the switches (don’t forget the switch next to Sharky himself). Once all the switches are turned off, secure the area of all the Angels and cultists to conclude the mission. 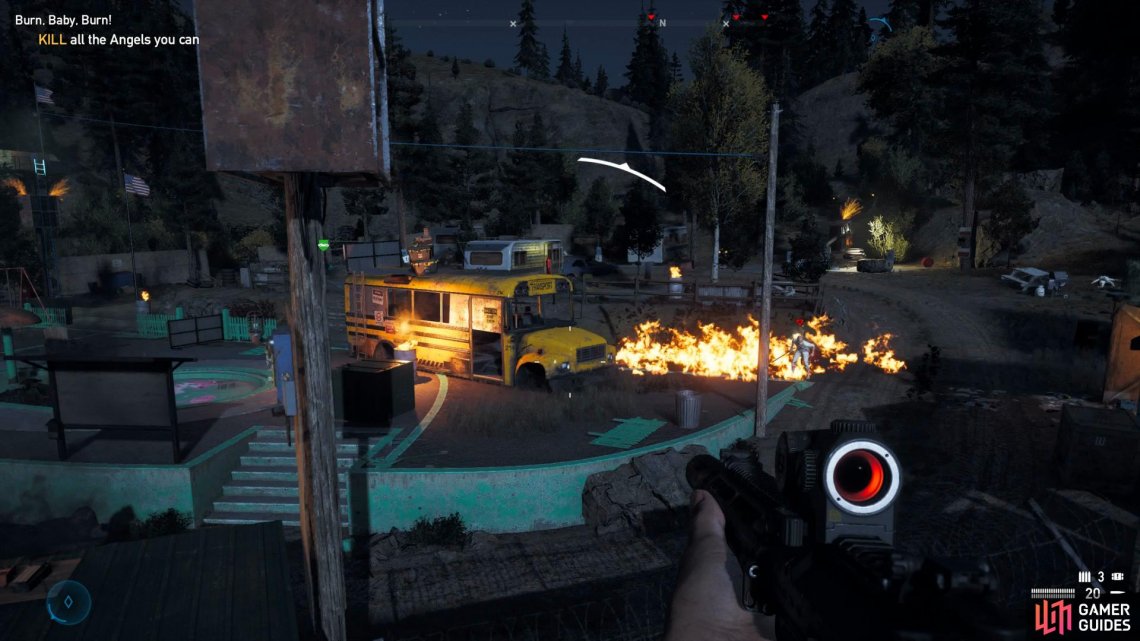 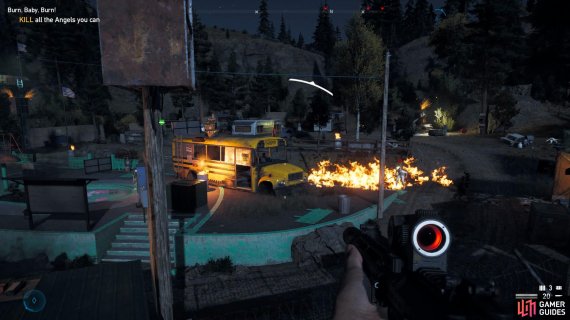 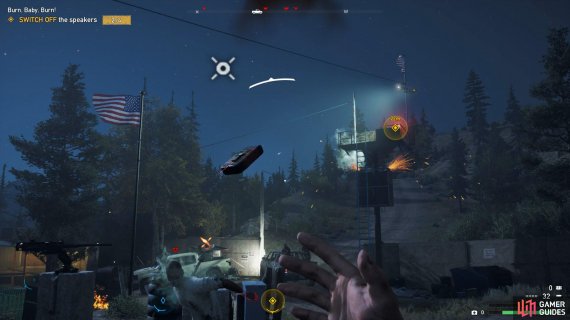 Using a Molotov can cause damage over a large area (left), throw a Remote Explosive between the two trucks to take them out in one blast. (right)

Note: Sharky is a strange one when it comes to a Gun for Hire as he undoubtedly does a lot of damage to enemies, especially close up and personal however as he uses fire in all of his attacks, you tend to get burnt in the process.