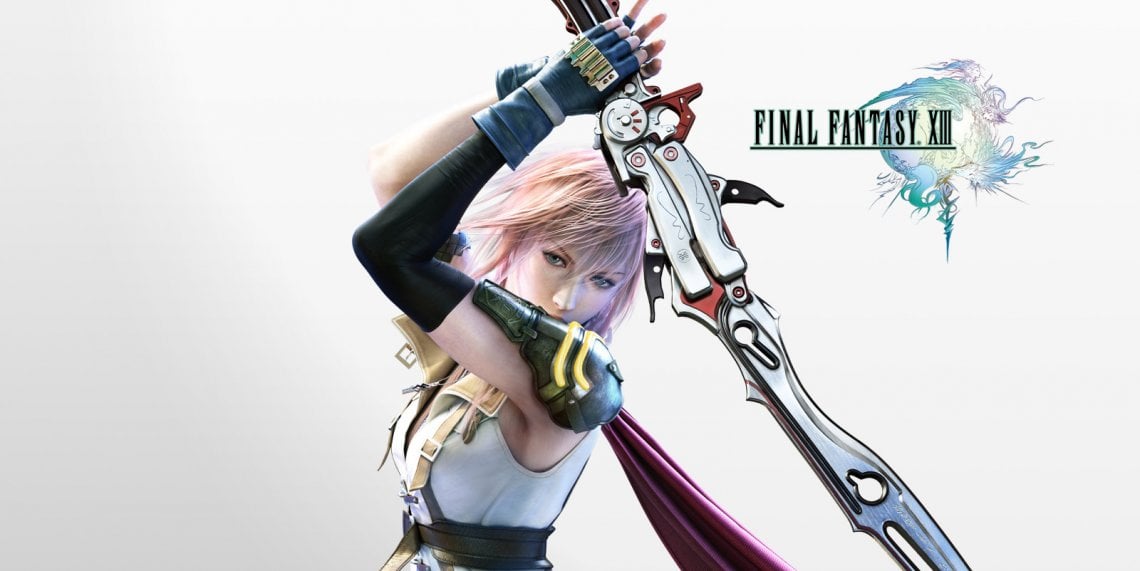 Lightning is the main protagonist of Final Fantasy XIII, and a pivotal character in the whole trilogy.

Lightning Farron was a soldier in the Guardian Corps, tasked to protect the people of Cocoon, until a Pulse Fal’Cie was discovered near her home town of Bodhum. Her sister, Serah, unknowingly approached the Fal’Cie and was branded, given the fated mark of a l’Cie.

The Sanctum ordered a Purge of all the residents and anyone who came into contact with the Fal’Cie, and so, Lightning boarded the Purge train to find, and ultimately, save her sister.

Lightning is the second female protagonist in a mainstream numbered Final Fantasy game, the first often considered to be Terra Branford from Final Fantasy VI, although that game didn’t really have a clear protagonist.