WARNING: Spoilers ahead! If you do not wish to know anything about the background to the game and the various elements in it, do not read the following section. 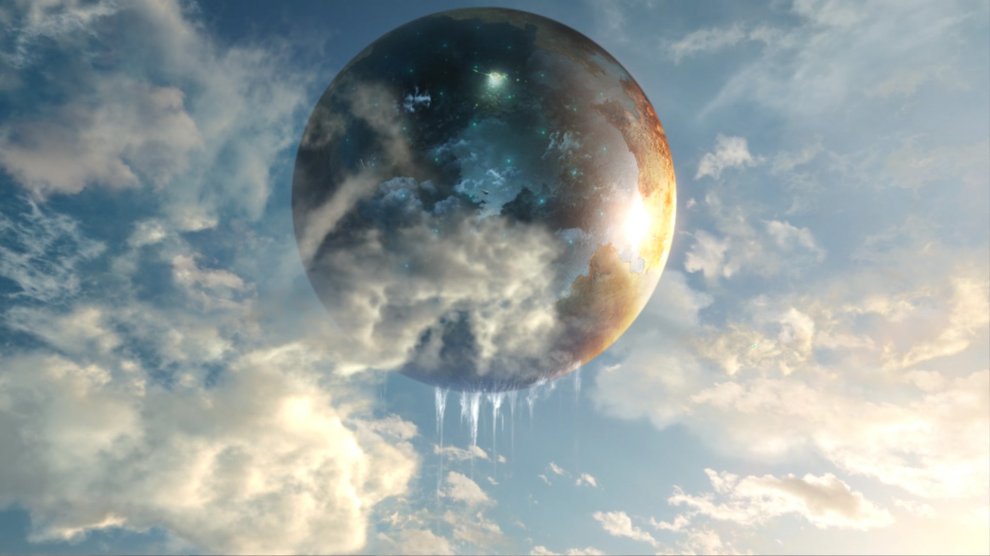 " And lo, the viper Lindzei bore fangs into the pristine soil of our Gran Pulse; despoiled the land and from it crafted a cocoon both ghastly and unclean. Lies spilled forth from the serpent’s tongue: 'Within this shell lies paradise.' " - From the Analects.

The satellite above the world below, Gran Pulse, floating benign above the threatening, savage and mysterious place beneath. Like a low-hanging moon, Cocoon is actually hollow and its people live inside its shell.

Created by the fal’Cie several centuries ago with the premise of protecting humanity from the threat of Gran Pulse, it is a highly futuristic paradise, filled with wondrous technology and sprawling cities which are home to millions of people. Cocoon is ruled over by the Sanctum who have forbidden travel to Pulse but given the deeply held beliefs about the kind of place Pulse is, no one contravenes that law.

The fal’Cie power everything in Cocoon. Phoenix, in the shape of a sun, is responsible for light and warmth, while still others cultivate the land for food and water. The denizens of Cocoon are solely reliant on the fal’Cie for all of their needs.

However, things haven’t always been so rosy. The scars from the War of Transgression (the war between Pulse and Cocoon) some six hundred years previous can be seen at the massive rift known as the Hanging Edge. Thankfully, there are plenty of nicer places to travel to from the lush, verdant landscape of the Sunleth Waterscape to the pristine, crystal beauty of Lake Bresha. 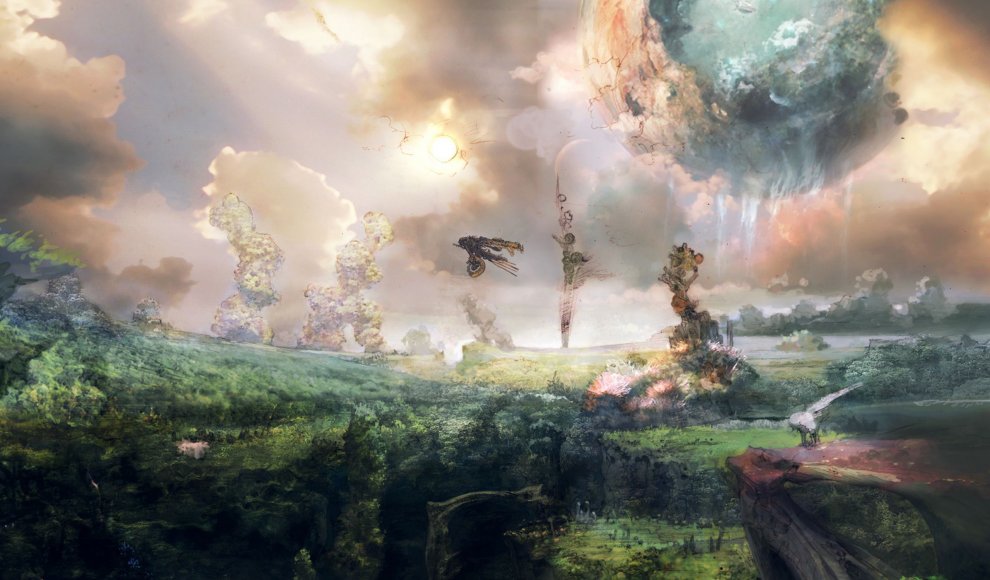 " The lowerworld, known as either 'Pulse' or 'Gran Pulse,' is an unforgiving wilderness infested with predatory monsters. This world once boasted a civilization that stood in conflict with Cocoon, but traces of its culture exist only in ruins. "

Gran Pulse can be seen as the complete opposite of Cocoon. Savage and untamed, every day is a struggle for survival and only the strong prevail. The fal’Cie here are about as hands off as their Cocoon counterparts are nurturing. They form the land for habitation but leave everything else to progress as it will and will not interfere.

The people of Cocoon are taught to fear the world below and little is truly known about its past except for the lingering vestiges of architecture still present. The hatred between the two worlds has built up over centuries, fuelled by the War of Transgression. Pulsian war machines can still be found in the Vile Peaks and Hanging Edge, suggesting an advanced society but still primitive compared to their Cocoon counterparts.

No traces of humanity can be found on Pulse and only beasts and Cie’th roam the land now. Little is known what happened to the inhabitants but rumors suggest that after the War, many were transformed into Cie’th and still others were lured to Cocoon with the promise of paradise.