This quest will start after dealing with Kressle and her bandits in Thorn Ford and learning the location of the Abandoned Hut. After this, next time you return to Oleg’s Trading Post, Oleg will ask you to kill a particularly dangerous boar who earned itself the name “Tuskgutter”. Amiri is all too eager to hunt such a beast, and seems keen on proving her might at the expense of various monsters troubling the land. This also starts the quest Tuskgutter, but for all intents and purposes the two are intertwined, despite having two different journal entries (and hence, pages in this guide).

Despite this quest beginning after Thorn Ford, you’re probably better off dealing with the Abandoned Hut, Temple of the Elk and Old Sycamore areas, as Tuskgutter can be a pretty vicious foe - probably not a task for anything less than a third level party. 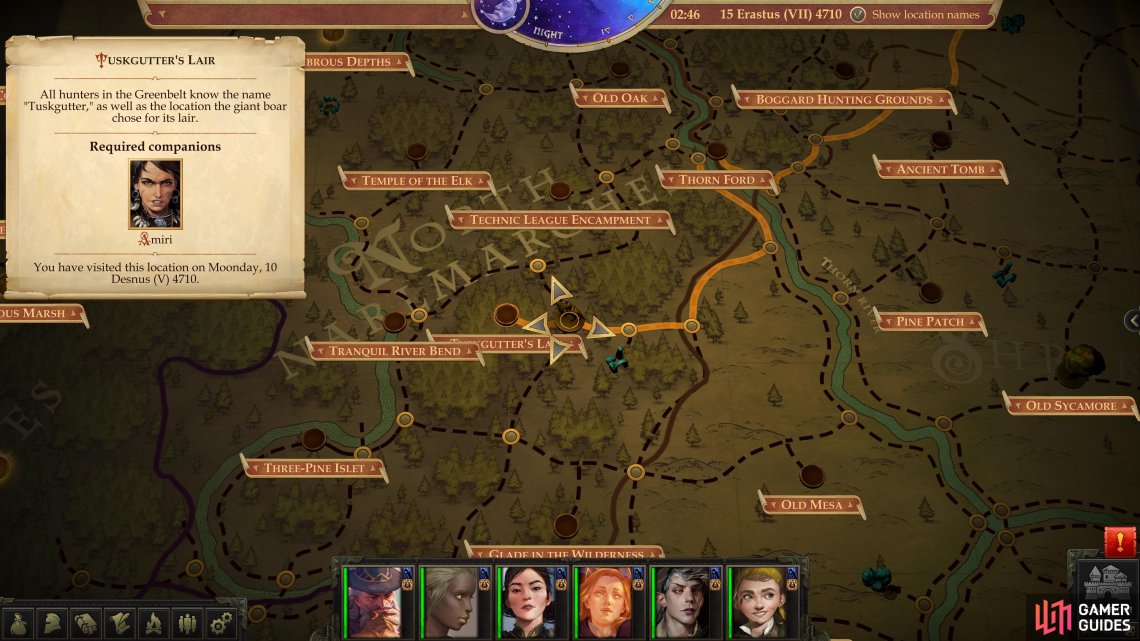 When you’re ready, return to Thorn Ford (the location of which you should, by now, know well enough). From there follow these directions: 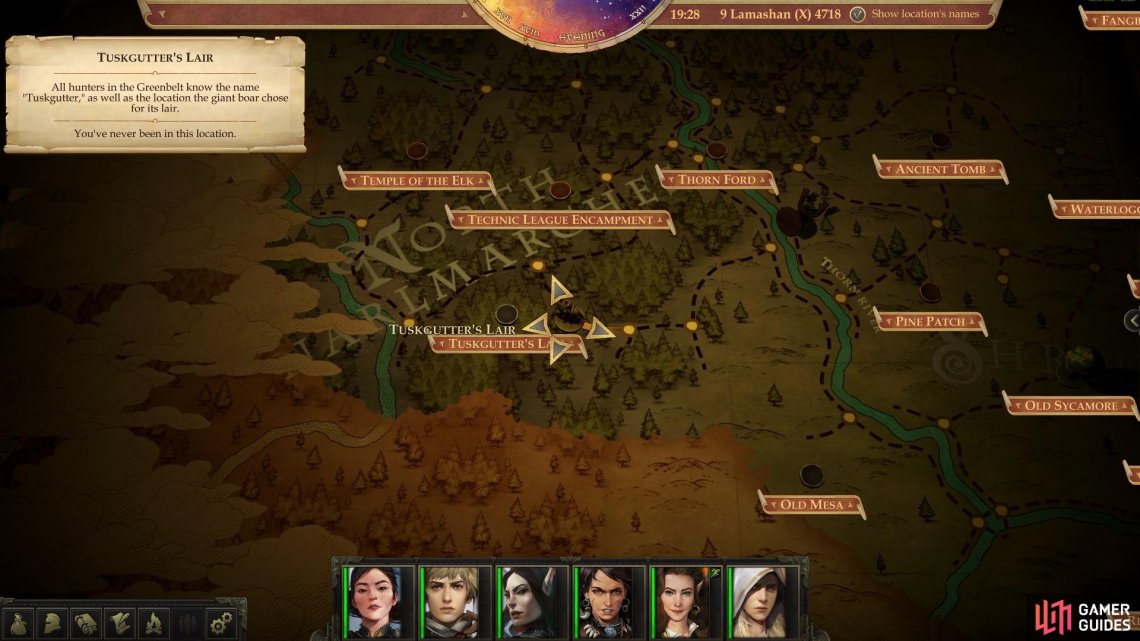 The Tuskgutter’s Lair area on the map. 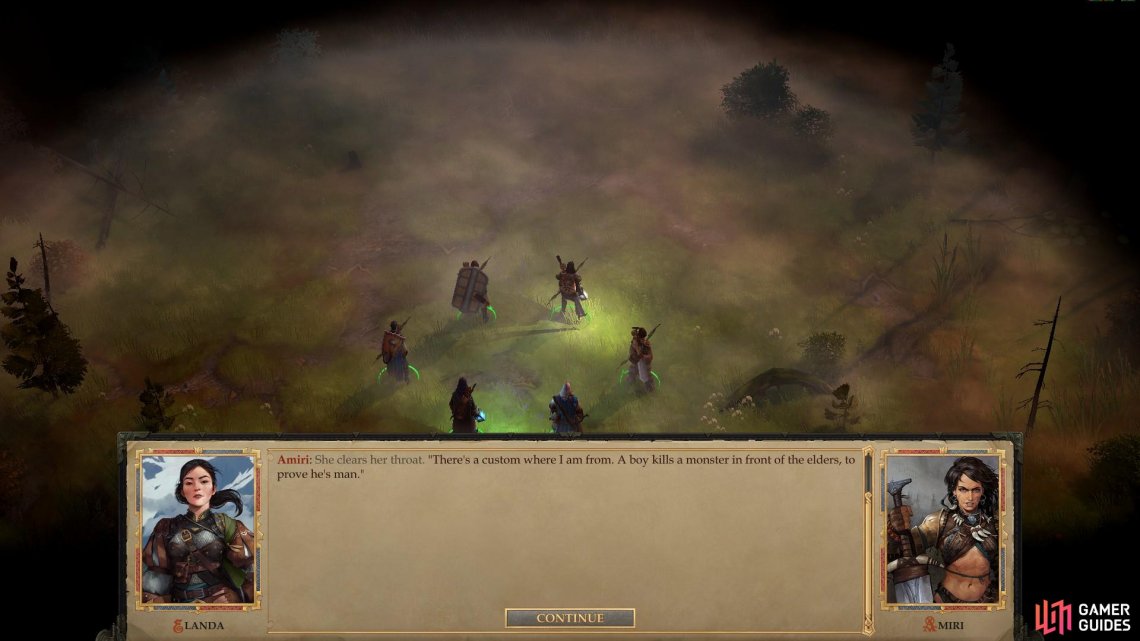 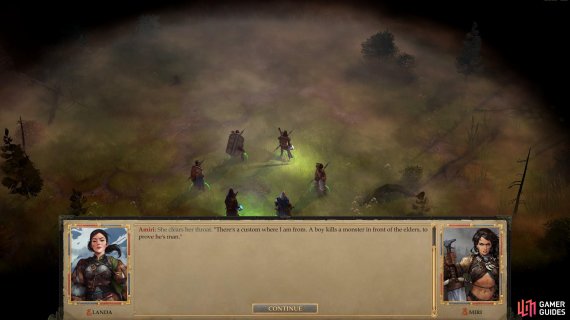 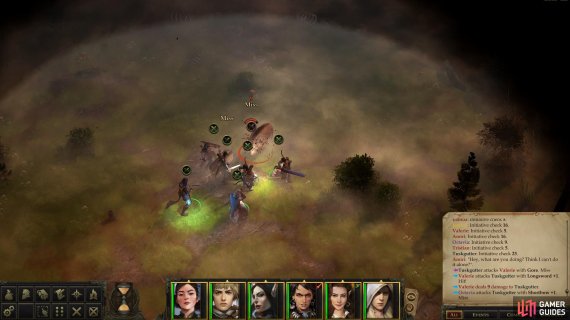 Amiri will tell you the purpose of this hunt (left), after which you should help her put down Tuskgutter. (right) 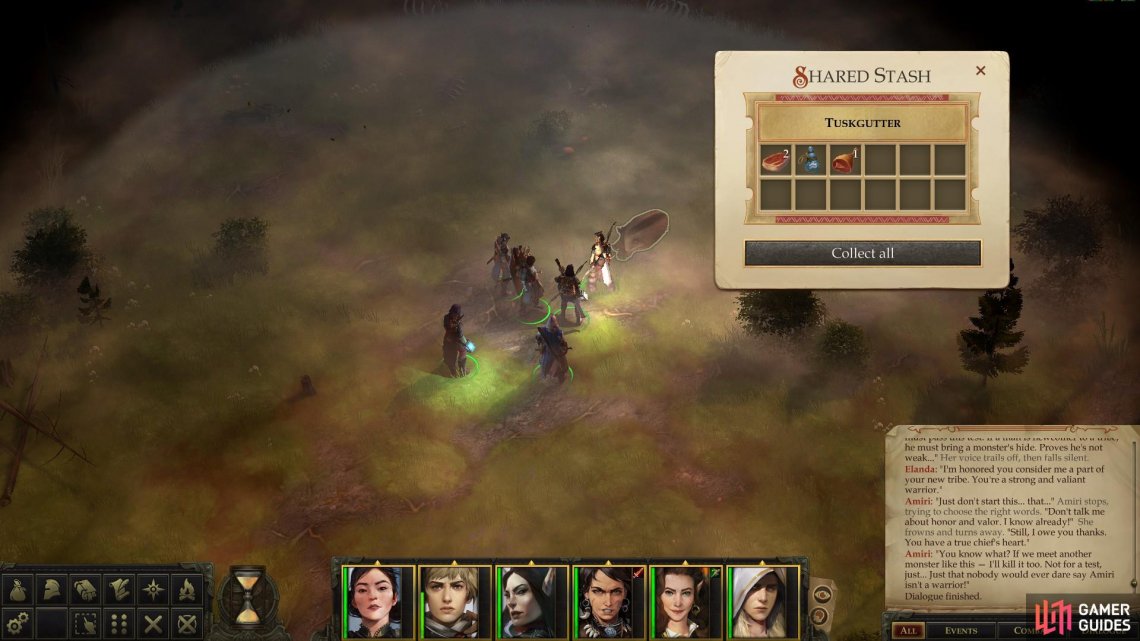