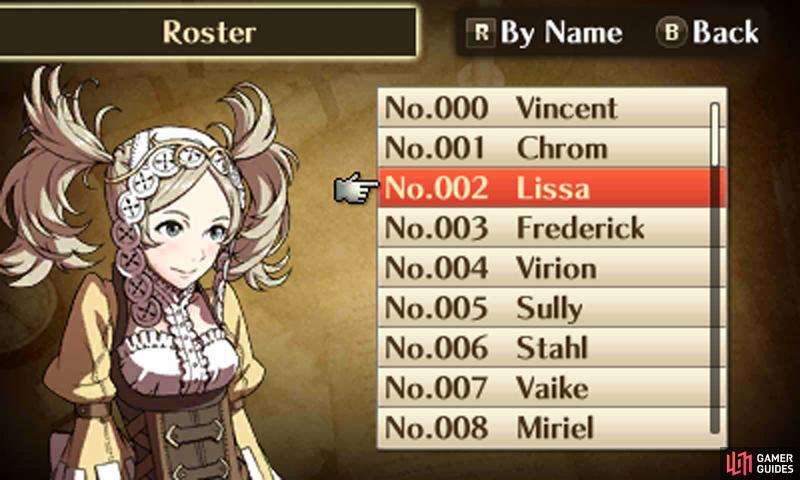 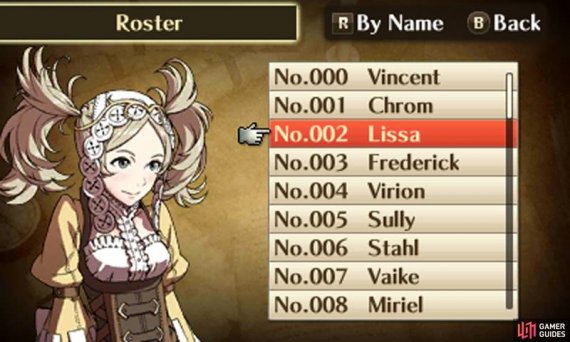 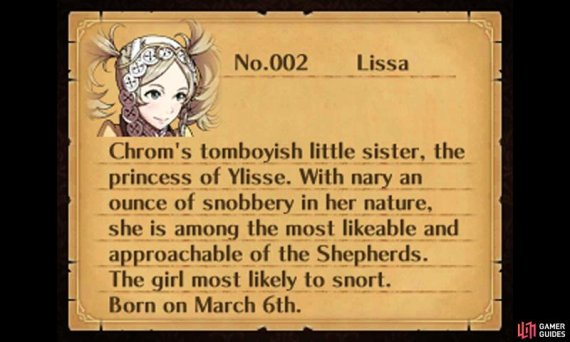 Chrom’s tomboyish little sister, the princess of Ylisse. With nary an ounce of nobility in her personality, she is among the most likeable and approachable of the Shepherds. The girl most likely to snort.

She starts off rather fragile, and continues to be as you advance her. She has nice class options – notably Pegasus Knight and hence Dark Flier – meaning she is capable of passing on Galeforce to her son, Owain.

Though she can be a War Cleric, her strength often falls short for the point of using an axe, though the skill to get as a War Cleric (Renewal) is very useful with Galeforce, and with Miracle as well.

She works nicely as a Valkyrie or Sage as an ending class, as they are magic based. Her personality is rather up beat, though “tomboy” is not exactly the word I would use to describe her.