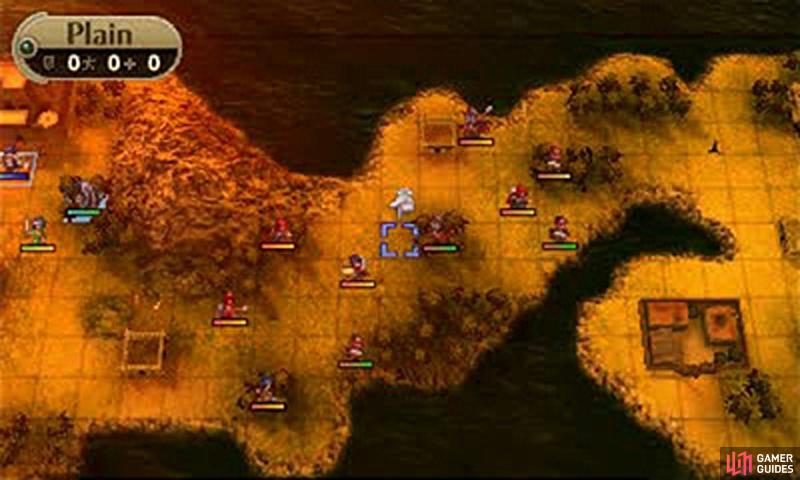 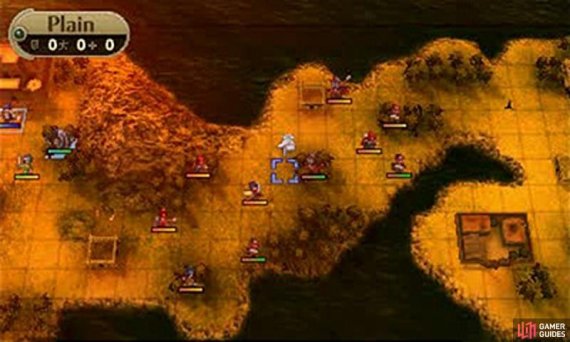 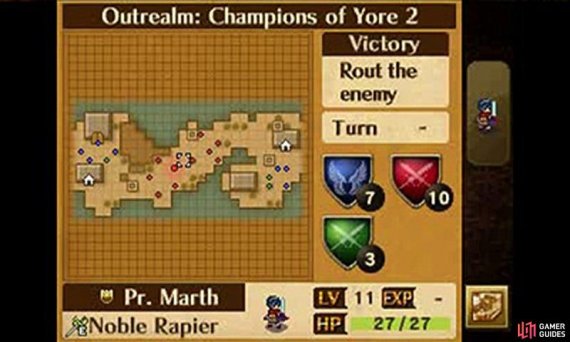 The stage is the same as the first Champions of Yore map; however this time you’ll be starting with two separate groups on opposite sides of the island with an enemy force sandwiched in between you.

The enemy forces are comprised of melee based combatants: Thieves, Soldiers, Myrmidons, Cavaliers. There’s nothing in the sky, and no enemy weilding any sort of ranged weaponry. As such you’re recommended to equip both forces with one tank-sort to take the brunt of the attack.

Move your tanks into the enemy range and wait. Your allies will advance past you, buying whichever casters or archers you bring with you some valuable time. Marth is a powerful boss and normally heads left. His weapon is strong against mounted targets so tackle him with Chrom or harass him with some ranged attacks.

For your knowledge banks, all villages in the Outrealms cough up random items – basically anything that isn’t a legendary weapon.

Did you know: At the time, this was only game in the Fire Emblem series to feature Marth and Roy of Super Smash Bros. fame! Normally these two characters exist in their own separate worlds, but that’s the magic of the Outrealm Gate…