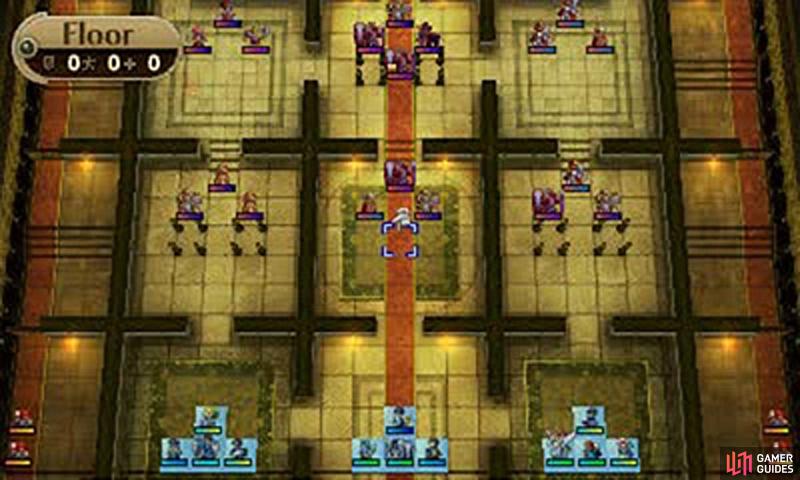 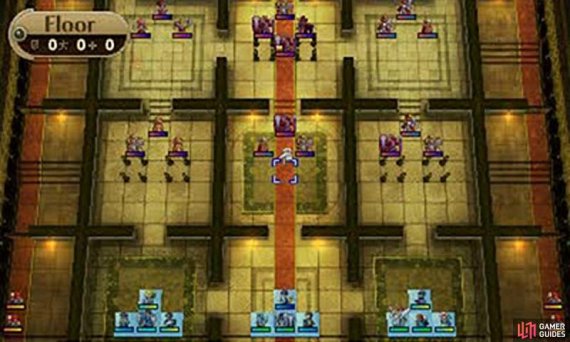 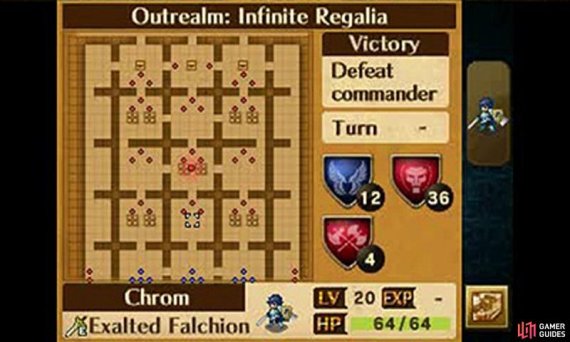 This level is hard. Do not attempt this level with a fresh team as they will fail; you need a squad that can take some seriously hard hits and deal damage in the thirty/forty range regularly.

You can “complete” this level by simply marching up the centre and swatting the commander (not an easy task, as he has ranged attacks and absolutely ridiculous defence. Magic is best, but you need to obliterate him).

It might be worth doing this for the Silver Card alone, but the real “point” of this level is to reach and grab the legendary weapons sat in the chests at the far end.

This means you’ll want a Thief/Locktouch-user, both for the doors on the left and right as well as the chests, but if you don’t bring one with you you can let the CPU thieves loot the treasure and then take it from their corpses.

Anyway. You need a combination of tanks, damage dealers and healers for this stage – no excuses. You’ll struggle if you expect to stroll through the halls and simply avoid attacks and soak up attacks; you need the healer.

Then it’s just a case of luring one room at a time with your groups and, if you’re aiming for the chests, don’t aggro the commander until you’re ready for him. If you can use mages to attack through walls then do, and it’s worth dedicating a character in each group to partner duties in order to boost your tank’s stats. Every little helps.

Did you know: Eldigan is a popular enemy character from the Japan-only Genealogy of the Holy War. Another thing: he’s technically not a DLC character, because he’s still fully functionable even if you remove your SD card (unlike the other DLC characters).