This is the section for sidequests (aka side stories or paralogues). These are not required to complete the story in any way. Most Generation II units are found in sidequests.

There will be notes as to when each unlocks in the main story. After Chapter 13 in the main story, most sidequests are able to be unlocked. Spotpass ones may require completion of the story.

After completing Chapter 3. When Chapter 4 appears on the map, this sidequest will too. 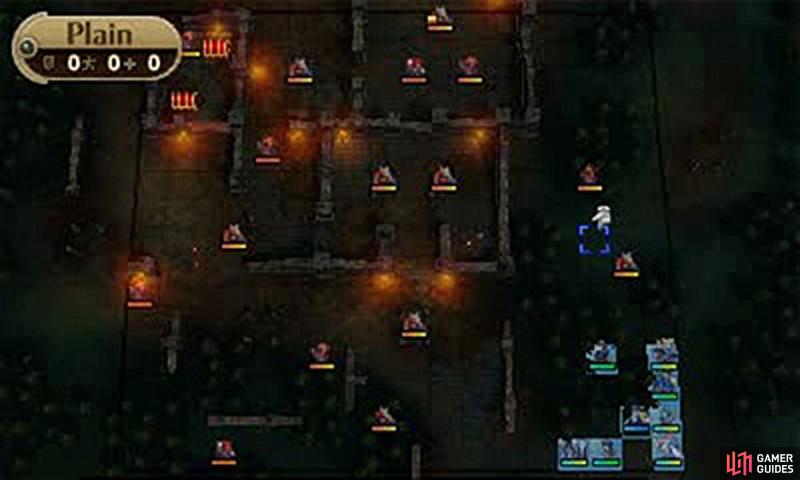 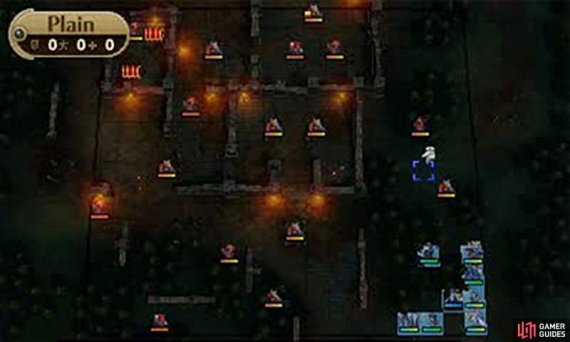 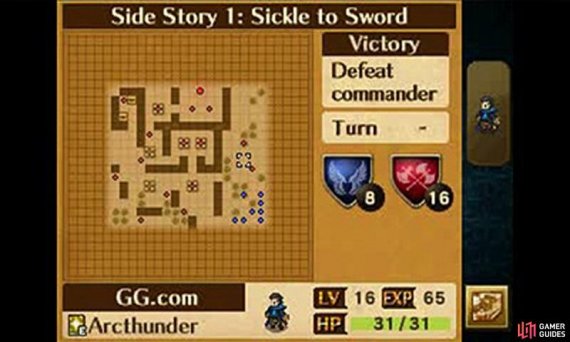 This map is fairly simple, though if trying to keep Donnel it can be difficult for some. Remember that Thieves give a good amount of experience and do not hit too hard, though they may be fast. The requirement to keep Donnel is to level him up at least once before the end of the mission.

The best idea is to weaken enemy units with stronger ones that will not kill them, and finish them off with Donnel. Alternately, he can be paired up with others to boost his own stats. If you fail, simply restart the chapter until you get his level up.

I paired Donnel with Kellam and Kellam would do a good job weakening units greatly, but not killing them. The next turn, I would make sure to pick a target Donnel could kill, and get the rest to kill any potential hazards in range. Then finish the last weakened enemy in range with Donnel. He only needs about two to three kills before leveling up.

In the starting, try not to get sandwiched on the right. Enemies coming from the north and the west can easily lead to this. I advise filling up the two choke points ensuring the west forces get jammed, and that way you can deal with the north forces first. If Donnel kills the Thief, it will be a great load of experience.

Use the walls on the map to your advantage, sealing off choke points with strong units and using ranged units to cover them or fire over the walls as you proceed west, then north to the chests and the boss.

Be sure to wipe out the Thieves before they reach the chests. There are two chest keys on the map, so you don’t need to worry about being unable to open them.

Be wary of the Archers as you proceed, as defending units like Donnel or Sumia if you bring her may be difficult, so keep enemy ranges in mind!

The Villager class first appeared in Fire Emblem: Gaiden. Back then, Villagers could upgrade to a variety of different classes, ranging from Soldiers to Mages.