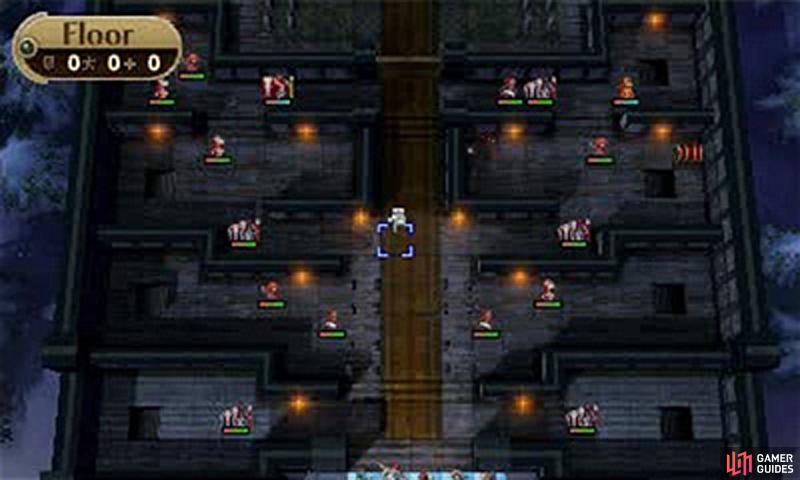 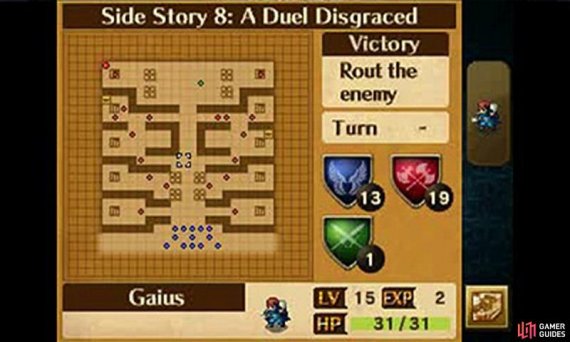 Be sure to bring someone with Locktouch, or someone with keys to open some doors and chests on the level. There is one door key in case you do not have any, but no chest keys.

Unlike a lot of the sidequests, this one still has basic class enemies on it. This should make it easier. Your main objective is to get up to Kjelle before she’s done in. Being a Knight in a room with archers, though, she will survive for a little while.

As you go up the hallway, you can send individual units to block the corridors and take care of whatever enemies may be in there. Be wary of enemies from the stairways, as usual.

You should be able to make it to the door by Turn 4 or 5. Be wary of all the reinforcements that will appear on Turn 5 from the stairways; it is adviseable you prepare in advance and get Kjelle by that time.

Prioritize the chests after you make sure your team is secure. The boss will not move, so do not worry about the level ending without you having reached the chests. Take care of Cassius after you meet all your objectives.

Aside from the reinforcements, this level should be easier than the other children-recruitment quests.