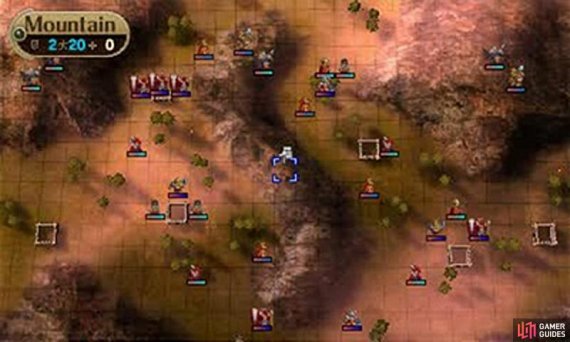 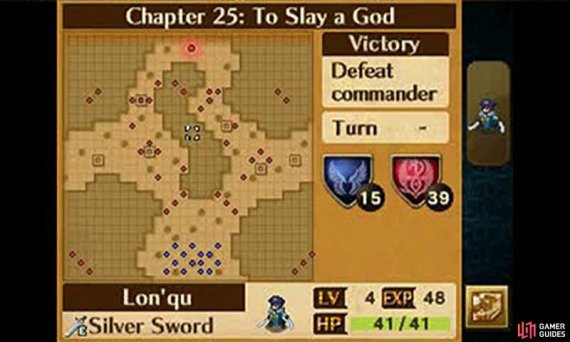 Note: The decision at the start of the chapter will not effect the outcome in anyway.

The hardest thing about this map will be dealing with the vast amount of reinforcements that will come in from all angles. Especially on Hard and Lunatic modes, where they come much earlier and closer together.

You may want to rush to the boss and defeat her if not interested in the experience from beating the enemies. You can either move north and split your group into two: one going west and one going east, or you can combine them and move around either bend. Be wary of terrain and use them to your advantage when possible.

Both sides have a balance of magic, speed, and defensive units. Check the enemies and send in units accordingly. Watch out for enemy skills, as well as long ranged magic users.

Tactician’s Tip: If you have received any sidequests from the Bonus Box, you will have access to all of them after clearing this chapter.

Did you know: The Divine Dragon Naga appears in the legends of other Fire Emblem games and is even depicted as a male in Archanean lore.