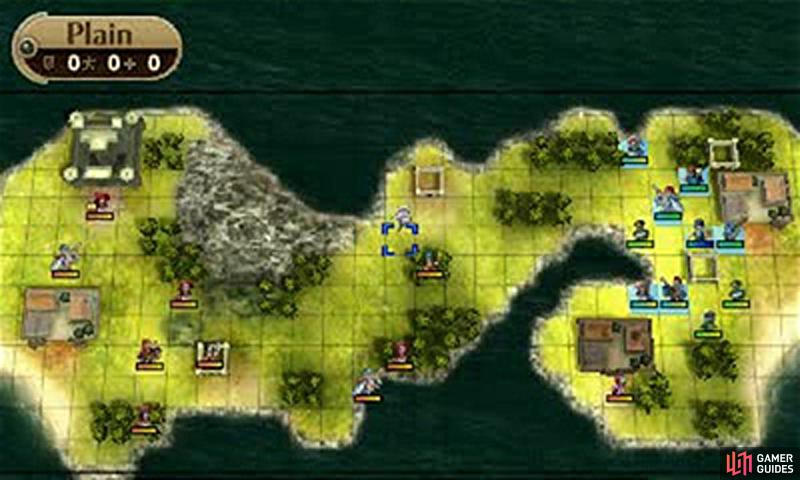 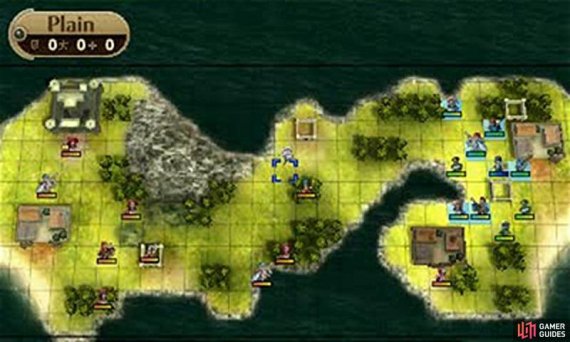 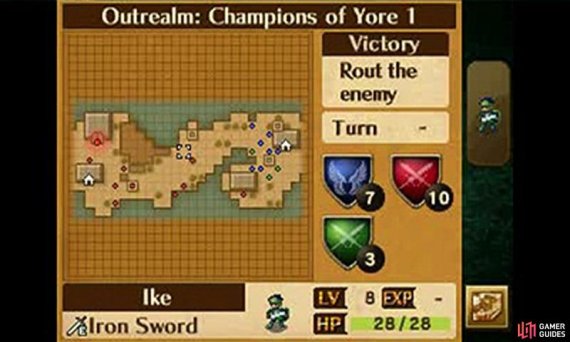 This is a basic map with a few forests to slow characters down. The S shape means that moving through the map isn’t a large problem. However the presence of Pegasus Knights is a mark of concern – it’s recommended to bring Virion with you to deal extra damage to these airborne foes.

Another thing to take note of are your green allies; these chaps are more than capable fighters and make this map somewhat easier than it would be otherwise. Talking to them is also entirely optional plot fluff and not a necessity.

Start the map by ignoring the mage to your south; move your units forward towards the forward path as Marth will deal with the Mage. You want to focus on a simple tight wall to start with, luring the Pegasus Knights towards you to launch your attack. The majority of the danger zone is caused by these two.

Once the mounted guard is down simply head forward. The trio isn’t that tough as Nanna is simply a healer unit. Ignore her and focus on the mages. With them down nip to the town for a random item if you want; otherwise just close in to take down Celica.

Did you know: This map is the very first Fire Emblem map ever. If you played Shadow Dragon on the DS, you may recognise it as the Chapter 1 map.