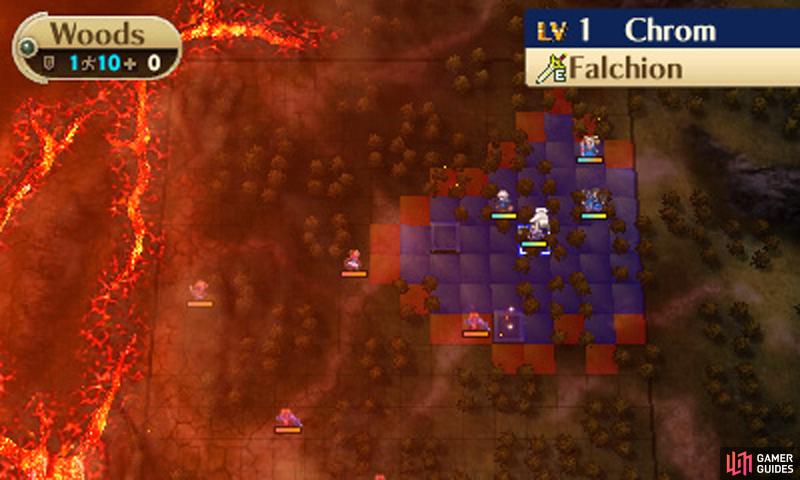 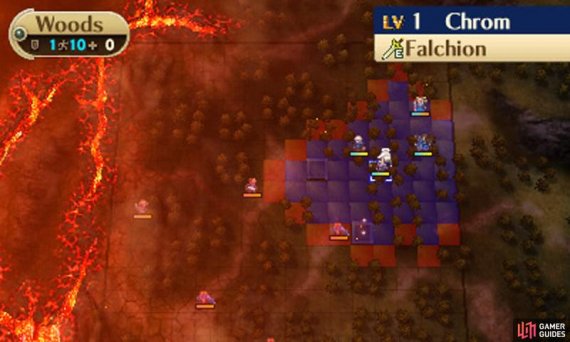 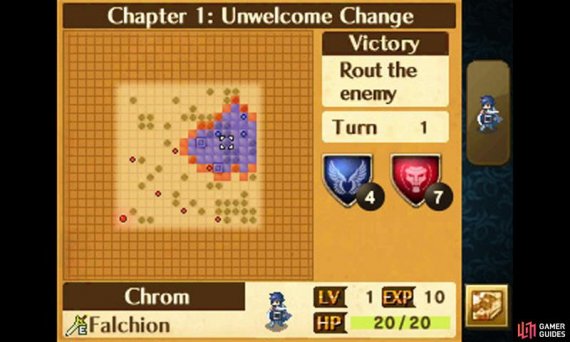 This map is full of woods, which provide some defense and evasion, so it’s a good idea to stay in the woods while moving around to keep defensive. It is also a good idea to try and attack the enemy when they have no terrain bonuses, but won’t make too big of a difference.

Pairing up and using the fortresses defensively is useful too, as they heal you every turn and provide a good defense and avoid advantage. Try not to let the enemy stand on them.

Be sure to keep enemy ranges active (Pushing “X”), and keeping Lissa out of this range, as well as any other weaker units that may not be able to survive a lot of attacks. The enemies tend to group together in this mission.

When Virion and Sully come in, try to move them up through the woods and join your main party, either pairing them together or keeping them individual. The map is pretty straightforward, just keep pairing up, using terrain, and knocking the enemies out one by one.

This map on Lunatic is a whole different story. You have to rely on using the terrain, Pair Up bonuses, and luck in general. Frederick is very useful, but there is one enemy unit with a Hammer who can usually kill him in one hit. A good way to survive is by pairing Frederick with Chrom or your Avatar and equipping him with your Avatar’s Bronze Sword, then leave him on a fort.

If playing on Casual/Newcomer, you can easily sacrifice some units here and there during the mission. On Classic however, you have to move really carefully, keeping Lissa and other units out of range. It gets really tricky. Be sure to keep enemy ranges open, and dance your way around it, making sure the units you want in range to attack defensively are the only ones in range.

Did you know: The continent of Ylisse that this game takes place on is the future version of Archanea, the stage of Marth’s tales. Just zoom out while on the world map and you’ll see the similarities.