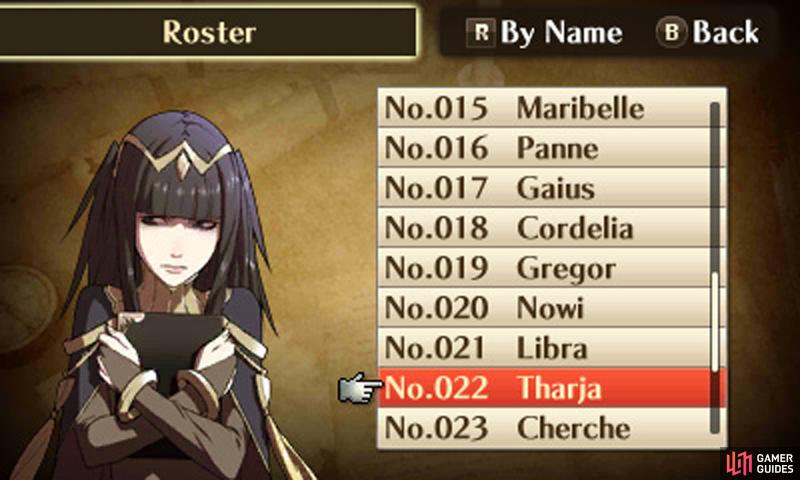 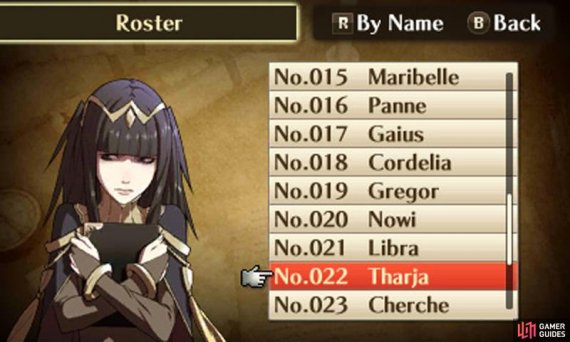 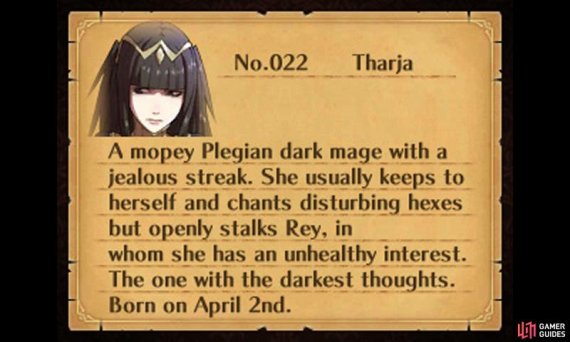 A mopey Plegian dark mage with a jealous streak. She usually keeps to herself and chants disturbing hexes but openly stalks [your Avatar’s name], in whom she has an unhealthy interest. The one with the darkest thoughts.

Tharja seems to be the end-all-be-all of units, popular up there with Lucina and Cordelia, even.

As a Dark Mage and Sorcerer, her Defense will be on the rise along with her Magic and Speed, making her a very capable armor-killer unit, and surprisingly weak against magic due to low Resistance that comes with it.

Henry, the other dark mage, actually worked out better for me in playthroughs, so it may come down to which Dark Mage you prefer to use.

Her personality can be creepy, but it seems her attachment to your Avatar and rather odd nature makes her oddly popular.