Sidequest 14: Shadow in the Sands

This is another desert map, meaning non-magic ground units, or mounted units, have their movement reduced. Flying units are still safe. I suggest pairing up with flying units and magic units so moving around the map won’t be too much of an issue.

If you reach the middle of the map, though, then you will be able to run around normally on the plains. The hidden villages will not appear to you until you visit the visible village. They will be in an order – the man in the village will remind you.

First is top right, then top left, then bottom right, and he will reveal the location of the Goddess Staff (see image below), so be sure to get that. Enemy reinforcements come each time you enter a village, so pay attention to who comes and from where on the map above. They are often brutal in their location and the forces that come. 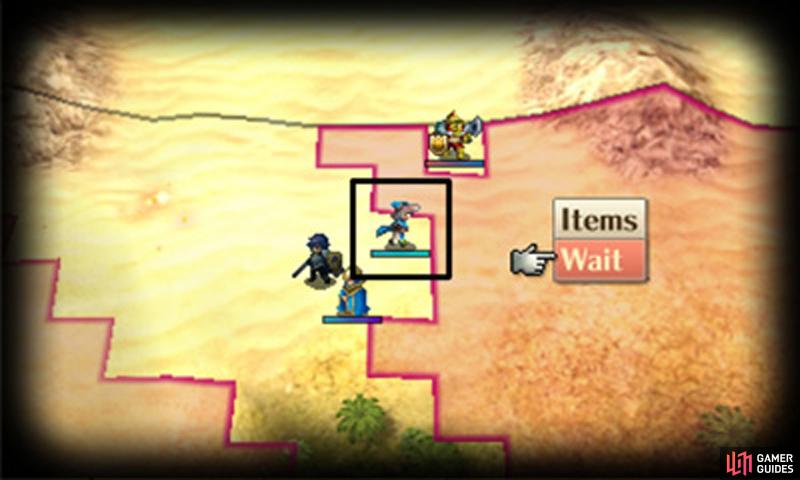 (1 of 2) Where to find the Goddess Staff, after visiting each of the hidden villages. 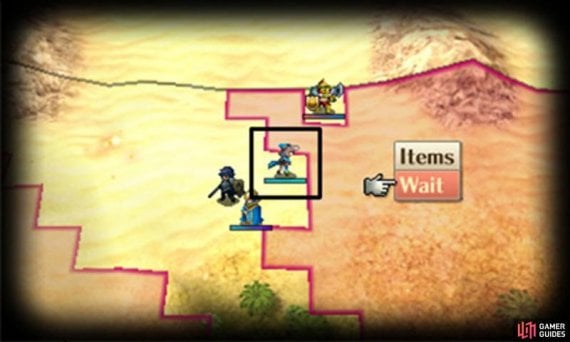 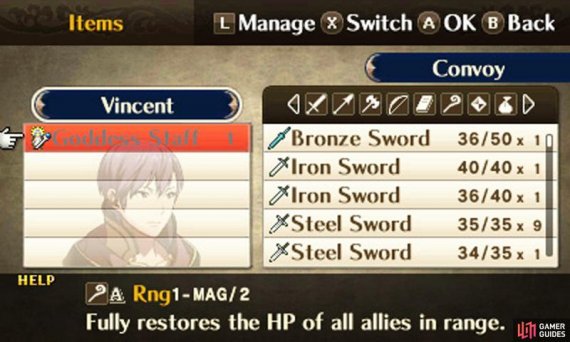 Where to find the Goddess Staff, after visiting each of the hidden villages. (left), The Goddess Staff heals all units in range, but it only has 1 use. (right)

The map is straightforward – be sure to send Chrom or Miriel to the village on the left to get Laurent. If you send someone else, the village door won’t close so you have not missed your chance, but it must be one of the two above to keep him.

There are basic and advanced class enemy units, and reinforcements per village you enter, so be extra careful as you traverse the desert. Keep enemy ranges in mind; some of the reinforcements who come are limited by the sand, but others are flying units that will have no problem.

Did you know: The Goddess Staff appeared in Fire Emblem: Path of Radiance as “Ashera’s Staff”.