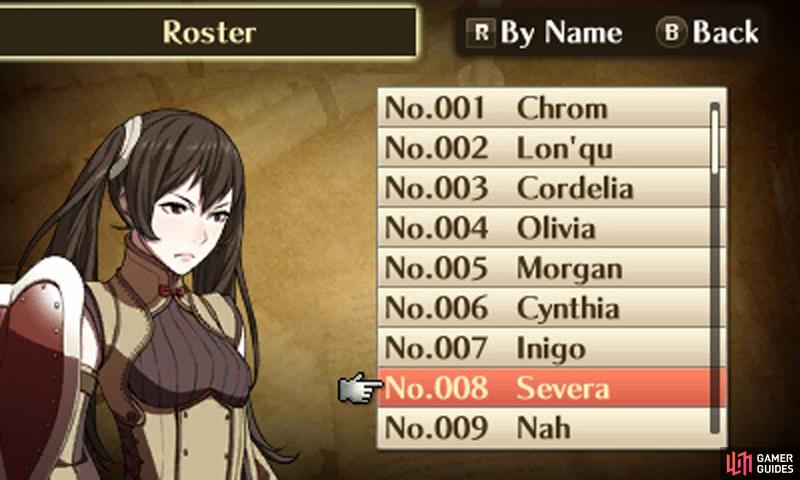 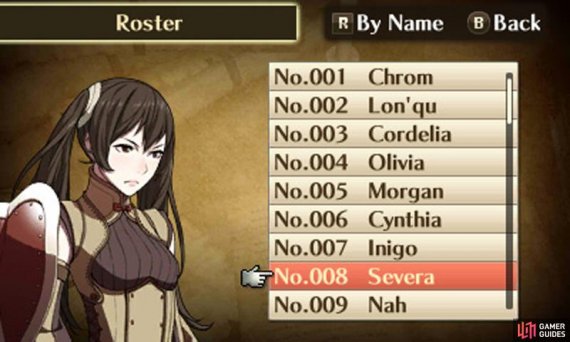 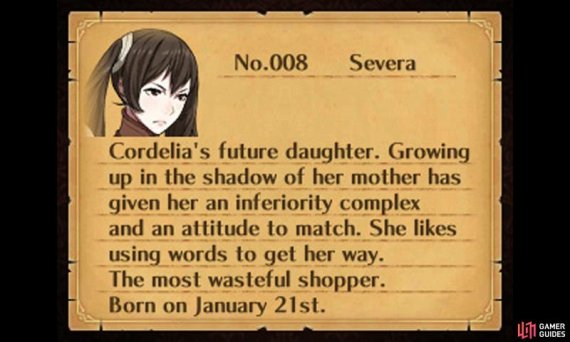 Cordelia’s future daughter. Growing up in the shadow of her mother has given her an inferiority complex and an attitude to match. She likes using words to get her way. The most wasteful shopper.

(Growth rates will be slightly influenced by her parents.)

As a unit she worked really nicely for me! Her default reclassing options regardless of the father enable you to get quite the nice skill set.

I ulitimately left her as an Assassin, but made sure she got some of the useful skills from the other classes.

She worked nicely as an Assassin, with the high Skill stat, and when you have Lethality with Galeforce (which she can either inherit or learn on her own), she becomes incredibly useful.

Pending on the father, you can compound onto that skill set to make quite the able Hero or whatever class you choose.

Personality wise she may not be the nicest to talk to, but I believe the “tsundere”-ish character is appealing to many the game is geared toward.

She shares a love-hate relationship with most and has deep seated mommy-issues as the game itself describes.

Trivia: Her birthday is the same as the release date of Fire Emblem: Mystery of the Emblem.