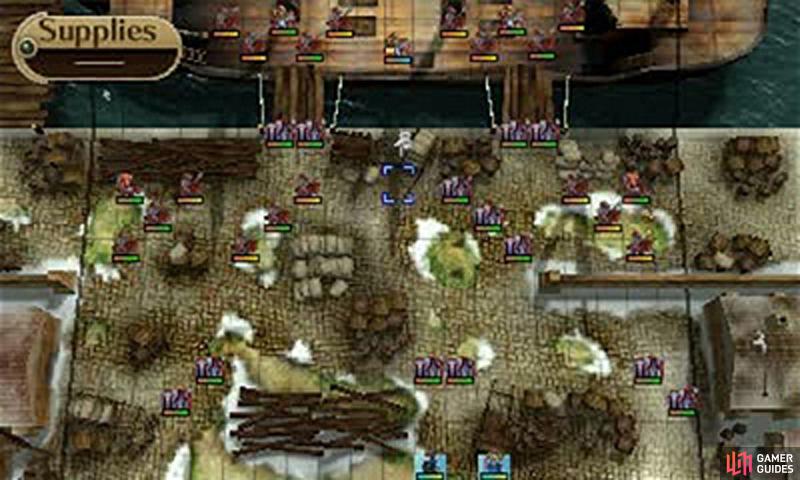 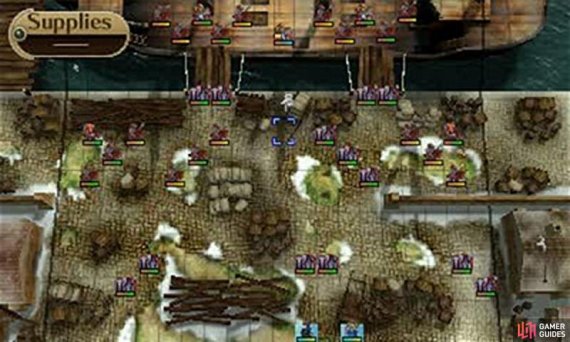 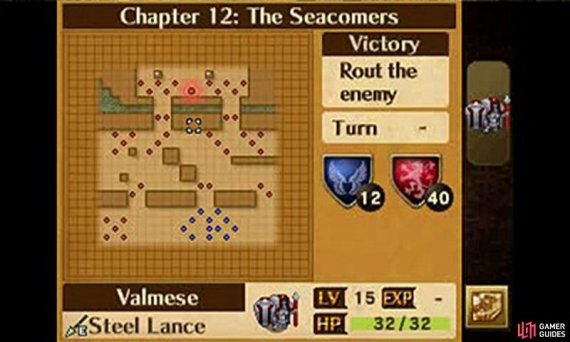 The new Wyvern Rider, Cherche, will join you at the start of the level. There are two main paths heading up to the boss on the ship. You can split your units to go up both ways, or stick to one large group and move together.

There are quite a few armored and mounted units, if you look around the level. Cherche is equipped with a Hammer, but it may be good to have more units with anti armor weapons, and possibly magic users.

Remember to keep vulnerable units protected with your own armored units, and keep enemy ranges in mind. Overall though, the map is pretty straightforward!

Did you know: Cherche’s wyvern mount, Minerva, is a reference to a major character–also a Wyvern Rider–in Fire Emblem: Shadow Dragon.