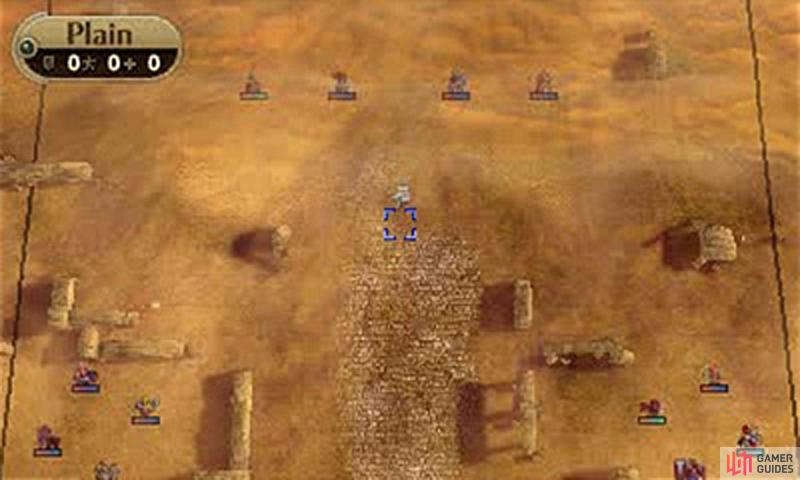 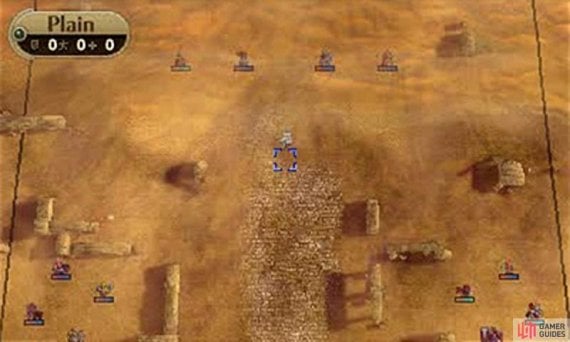 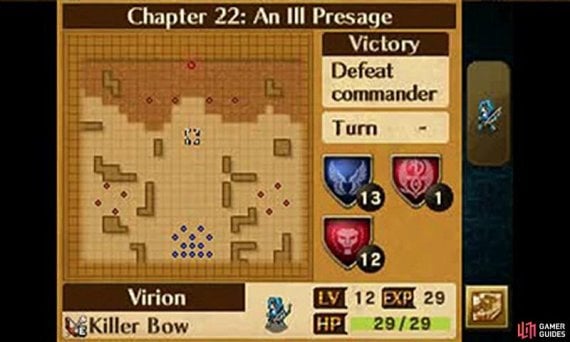 This map has no reinforcements, and is exactly as you see it: just 13 enemies when the boss is included. However, every enemy has a name, and some have special weapons. These stronger units should be paired up against, and weaknesses exploited.

Aversa does not move, so you will have to get up to her to finish her off and clear the level, so the lure tactic cannot be used in order to finish the level quicker.

Check all the units strengths/weaknesses before deploying your own units to counter each. Be wary of the desert tiles in the north that will hamper movement. This chapter shouldn’t be too bad if you didn’t run into much trouble on the previous level.

Did you know: The Deadlords–the twelve powerful foes not including Aversa–first appeared in Fire Emblem: Genealogy of the Holy War. Why they’re here is anybody’s guess…