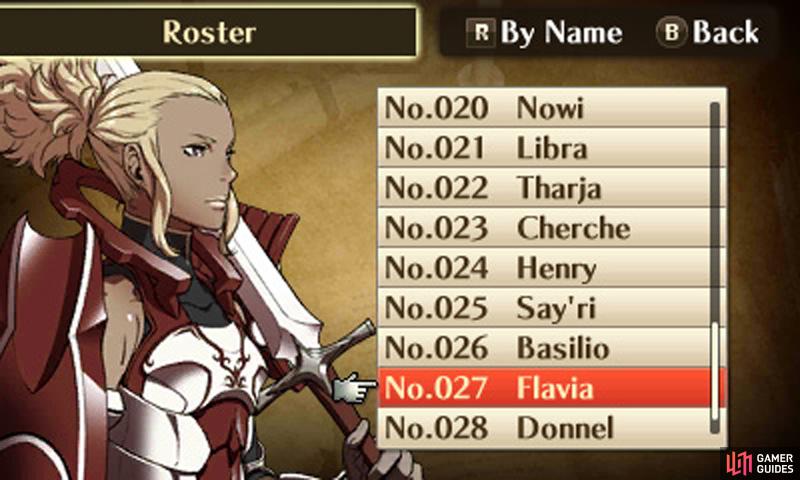 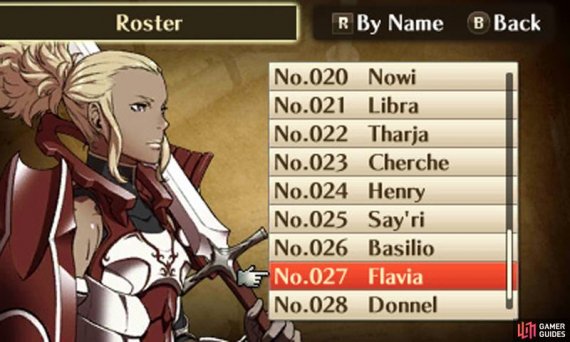 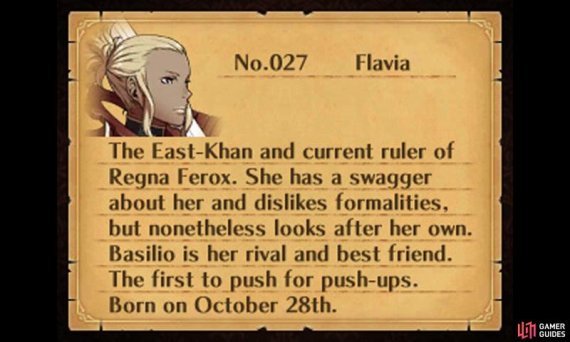 The East-Khan and current ruler of Regna Ferox. She has a swagger about her and dislikes formalities, but nonetheless looks after her own. Basilio is her rival and best friend. The first to push for push-ups.

I love the Hero class! Especially when a female Hero pops around now and then.

Unfortunately she falls behind a bit compared to other Heroes/units you may have by Chapter 23. At Level 10 as a Hero one’s average stats would be better.