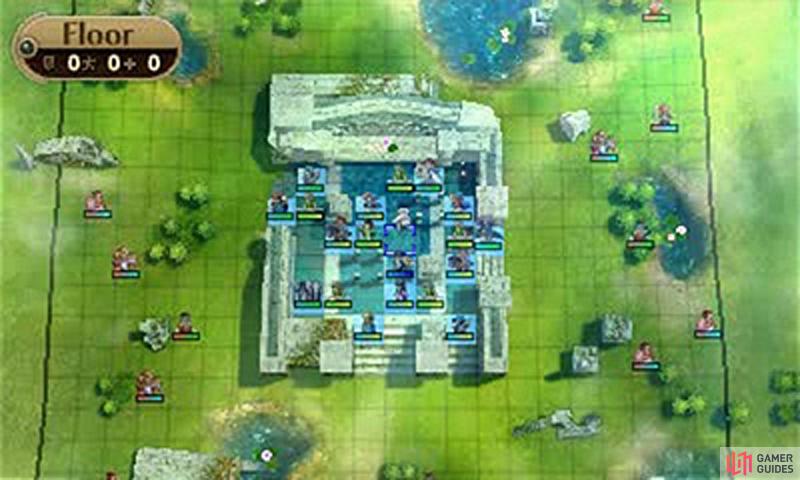 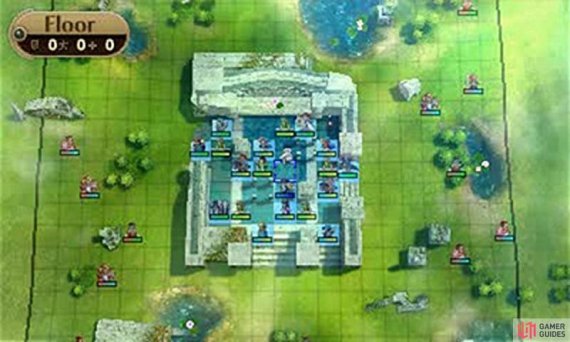 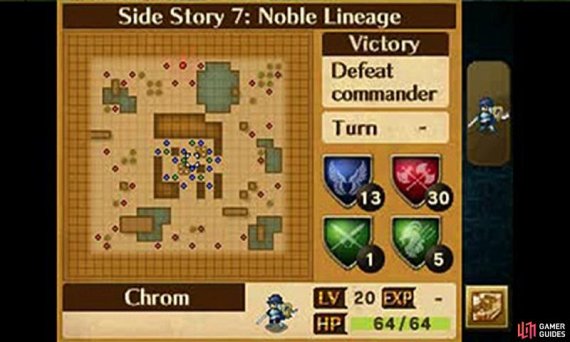 As you can tell from the map formation, this is a defensive chapter. Assign pairs of units to each entrance way and get ready to deal with both long and melee attacks.

Brady can be recruited by talking to him with either Chrom or Maribelle. He’s right there with you so he shouldn’t be hard to get at all. His healing will be useful, but at the moment may be a little weak to take the enemy attacks.

I advise putting your defensive units two squares away from the villagers at the entrances; this ensures that no enemy can reach the villagers with ranged attacks. (Though, there are enemies with Longbows that you should look out for who may still do this). The more villagers you save, the more items you get after the mission ends.

Likewise, if you have a single powerful unit, or a powerful pair of units, you can send them out into the field on their own as a good distraction/lure to take some of the heat off of the rest of the defending units. To do this though, you will need a very self sufficient unit that will be fine fighting on their own.

If you have several powerful units, you can take the offensive, sending units in each direction, being sure to eliminate enemies closest to the structure before going out farther. This requires powerful units that can handle themselves; this ensures that the villagers will not come in harm’s way either.

Eventually, the boss will start to move down; remember that he has ranged attacks, and take him out!

Like with other chapters, you get rewards for the more Villagers that are saved. The rewards stack, so if you save 4, you get items 1-4, not just item 4.

Did you know: Mila Shrines were special locations in Fire Emblem: Gaiden where you could boost your characters’ stats, upgrade their class or even resurrect fallen allies… Wait, Fire Emblem isn’t supposed to let you do that? Shh…