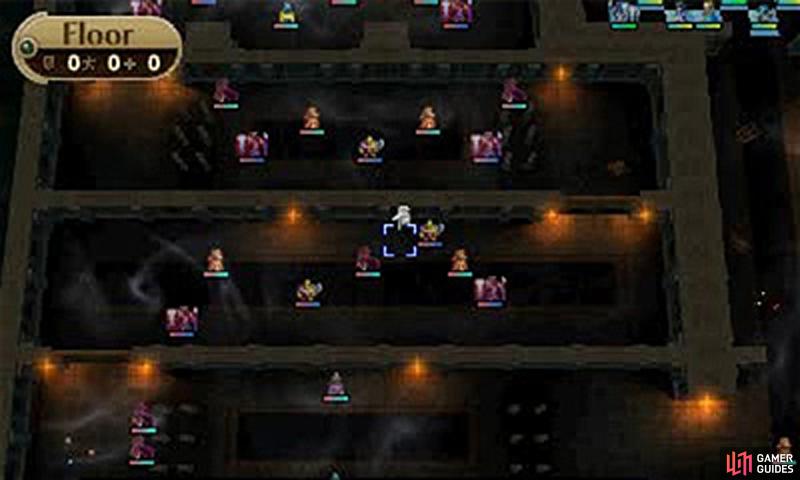 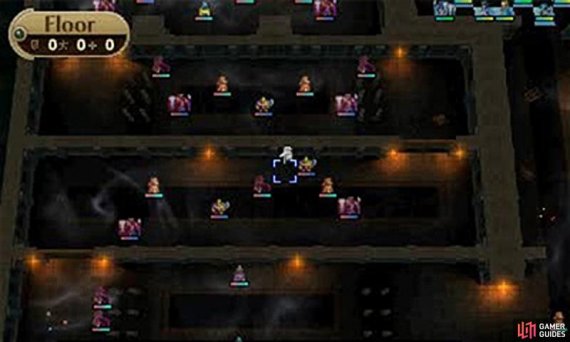 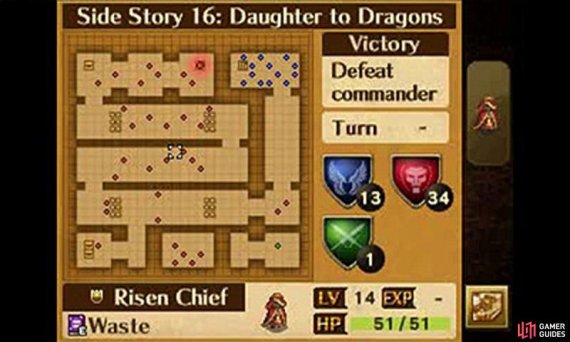 This map can be difficult. There are a lot of ranged units, and all are advanced class enemies. There are plenty of Dark Knights, Warriors, Sorcerers, and Generals all over the map. Some of the Sorcerers wield tomes that have a greater range than normal and so can attack you at quite the distance.

Remember to bring someone who can open the chests, as well as Nowi to recruit Nah.

The walls on this level break and fix themselves at different times on different turns. There are doors that will remain open once you open them, but do not rely on the walls to protect you from enemies in the other halls, as they may break down the next turn.

Keep your units paired up and in defensive positions at all times; be ready for enemies to come through broken walls at the worst possible moment.

The walls are triggered by the area you’re in, so the wall to Nah will break down when you come close to it (in that hallway). However, with this, other walls will start to break to allow the enemy to attack you.

You should be fine so long as you are able to open the doors and hence not rely on the walls, but it is best to keep away from them just to be sure. Note that hugging the wall can still put you under fire from ranged enemies, so keep ranges in mind!

Also, beware of Warriors with the Counter skill; this can be frustrating if you rely on close quarter units especially.

Did you know: “Nowi” (when pronounced like “No Way”) and “Nah” are both ways of saying “No” in English. Are they trying to tell us something…?