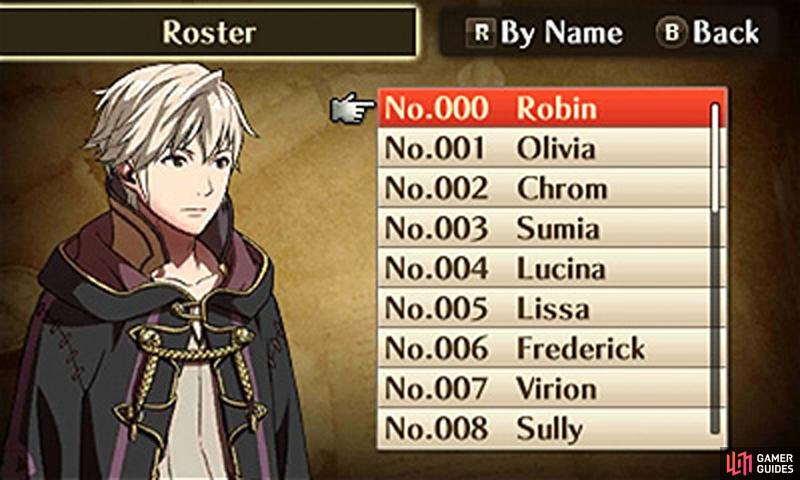 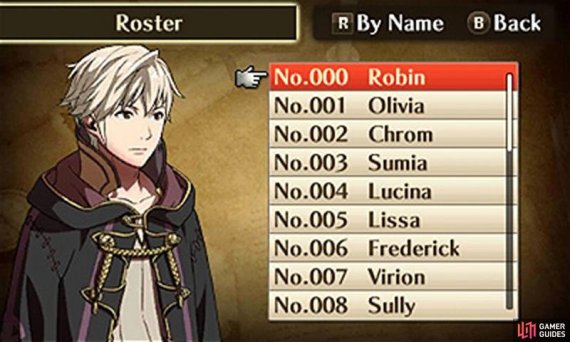 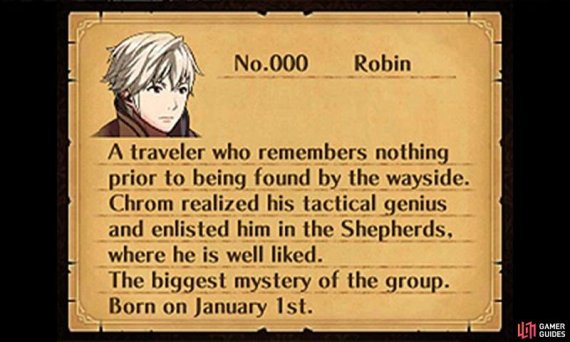 A traveler who remembers nothing prior to being found by the wayside. Chrom realized her/his tactical genius and enlisted her/him in the Shepherds, where she/he is well liked. The biggest mystery of the group.

Everyone (Can marry anyone of opposite gender; including Anna, Tiki, Generation II, SpotPass, etc.)

Morgan (opposite gender to your Avatar. He/she be related to your Avatar’s offspring and not be able to marry them even if he/she could otherwise), all other marriage candidates’ children (eg. Lucina if your Avatar marries Chrom)

Note: The Asset and Flaw selected at the beginning will influence your Avatar’s growth rates.

Your Avatar is pretty interesting in the sense that he/she can support everyone. That is certainly unique and gives a good insight into your Avatar, though may also detach the player as there’s no decision making or anything involved.

In terms of classes and such, your Avatar gets to be every class of their gender (with some exceptions), which certainly makes them a very malleable and formidable unit and likely to be one of your most superior units in the game.

Check classes and their skills, as well as growth rates to determine which skills you want in the end to fit your character best. There is no end to customization here.

Considering your Avatar can support everyone , there is obviously a lot of dialogue that can either make you feel closer (or farther) from him/her. But there are quite a few degrees of freedom in there as a result too, though it may remind one of a dating sim, be it for good or bad.