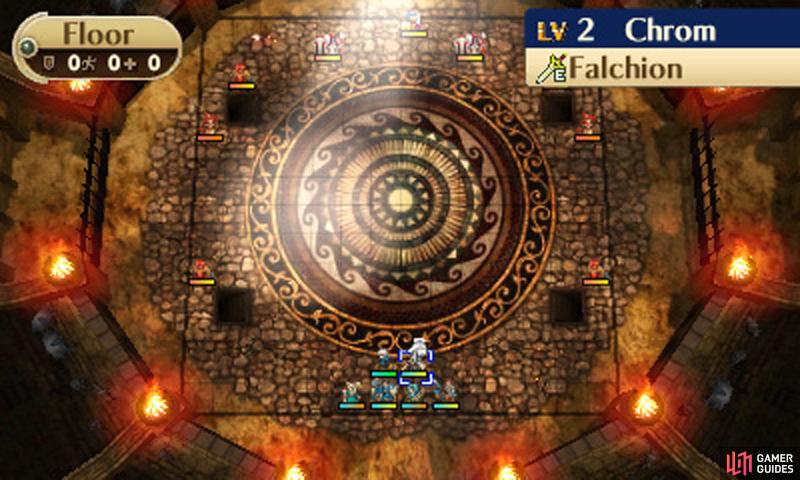 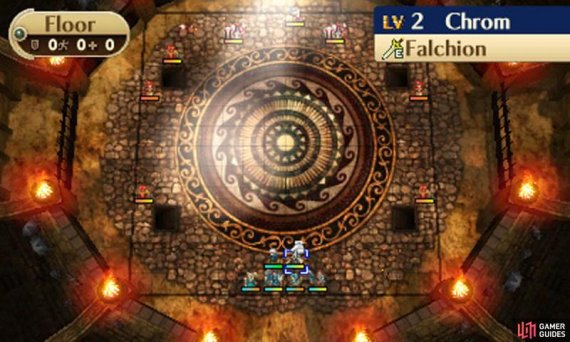 Tactician’s Tip: Skirmishes are avaliable from here on out. They are good for training and getting money! Bonus Box content is also avaliable.

This is a pretty straightforward chapter, you simply have to move north and defeat Marth. What may make it difficult is the fact you can only bring Chrom and 5 other members. You may want to pair compatible units together in order to maximize potential, or move all units to one side to handle one side at a time rather than dealing with both sides as you move upward.

The boss himself isn’t too difficult to deal with. If you bring Lissa on the level as a healer, just be sure to keep her out of enemy ranges as per usual.

Enemies come in swarms, the first two, then the second two, etc. Frederick should try and take out the mages when possible; keep enemy ranges open so he can outrun and heal when needed. Using the stairways is always a plus.

Did you know: Marth originally debuted in the very first (and Japan-only) Fire Emblem title “Shadow Dragon”. This game was later remade for the Nintendo DS and released internationally.