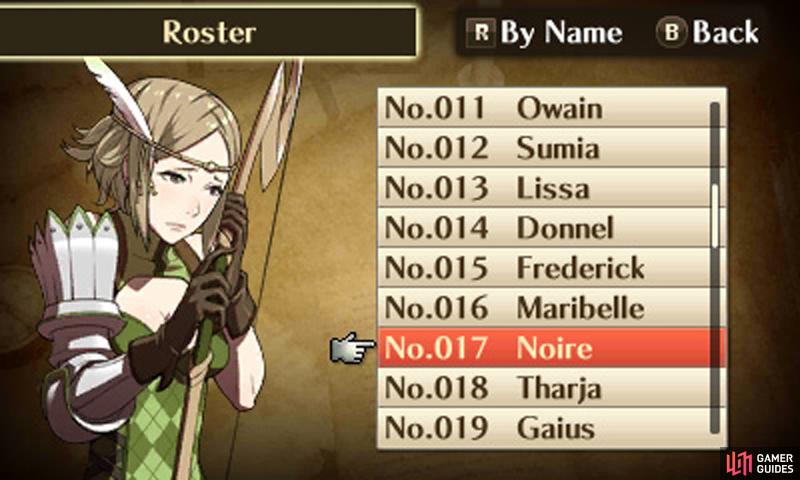 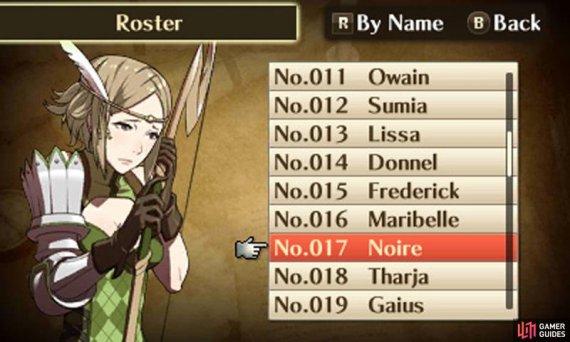 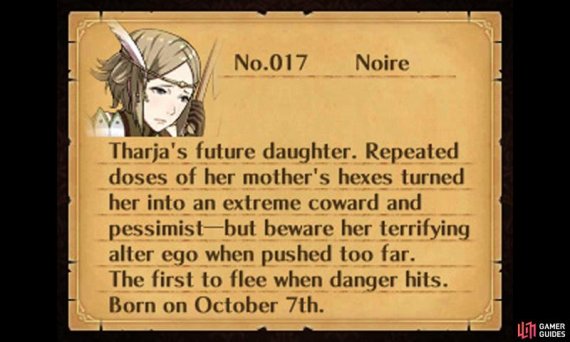 Tharja’s future daughter. Repeated doses of her mother’s hexes turned her into an extreme coward and pessimist –but beware her terrifying alter ego when pushed too far. The first to flee when danger hits.

(Growth rates will be slightly influenced by her parents.)

The guinea pig of Tharja. She can be prettty useful; her Speed generally tends to shoot way up, making her quite the speedy unit. While her default class set has the useful Sorcerer, pending on the father, she can perform really well.

Trivia: Her birthday is the same as the release date of Fire Emblem: The Sacred Stones.