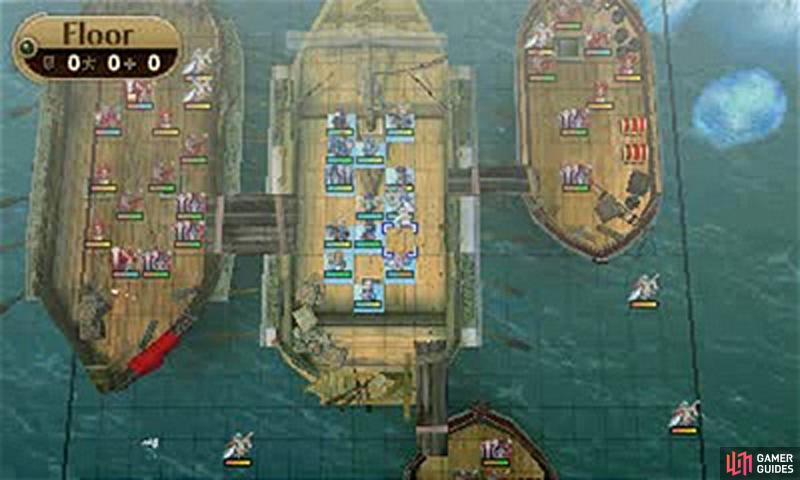 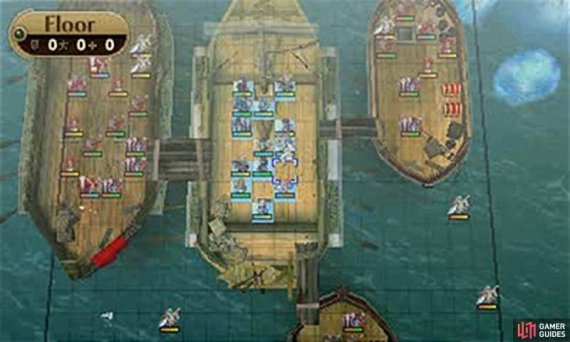 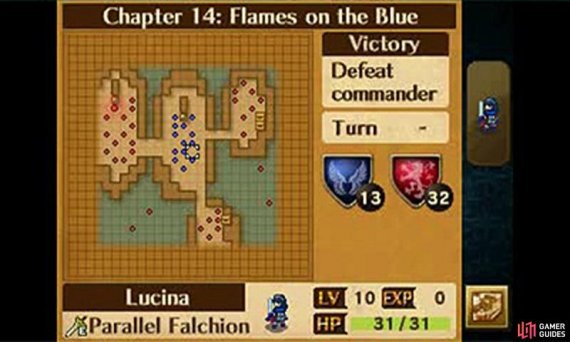 Flames on the Blue

A chapter where defense is recommended; be wary of the high amounts of Pegasus Knights and enemy mobility. The central ship you’re on has four chokepoints that I would recommend placing strong units, with ranged units behind them. The chest items are somewhat valuable but not of high priority compared to survival.

When on the offensive, it is best to wipe out the bulk of units on the left ship - minus the boss - you can leave him for later so you are able to get the chests.

Quite a few Pegasus Knight reinforcements will be incoming, so be sure to have high defense units to prevent them causing harm to you. Keep your weaker units out of range, as usual. The boss will not move, so get the chests after you wipe out everyone except him.