How to Get to: 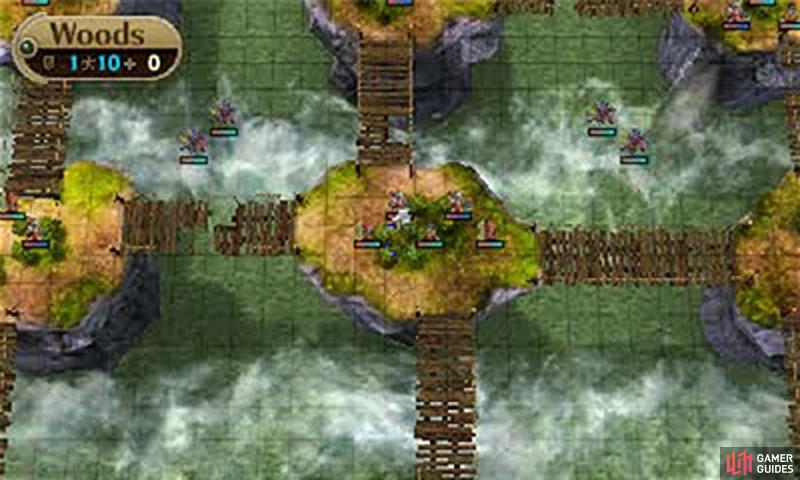 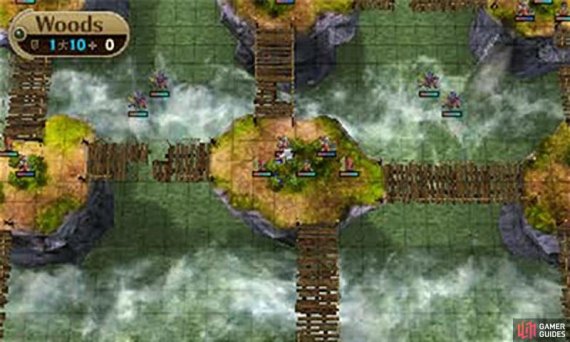 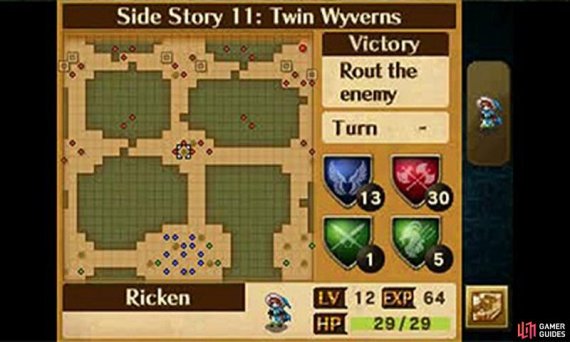 Another map with villagers as NPCs means prizes for saving them. If you save all of them, or at least five of them, you will get some good stuff. (See the list below to see what items can be gained).

This map is built for flying units, as you can see. Pairing up with flying units will do a lot of good; if you have been an avid Pegasus/Wyvern user, then this map is good. The other units will be limited to narrow bridges to fight on, and they will have to be ready to get hit from the sides by the enemy flying units.

Recruit Gerome with either Chrom or Cherche. He’s right at the start of the level, so will not be hard to reach at all.

From there, you will want to send flying units east to protect the two villagers, as there is no bridge directly connecting your starting island to theirs.

Send some ground units west as well to protect the one in the bottom left. Save some units for the south island, and then send a group north to ensure the ones on the south island do not come under fire as well.

Alternatively, if you have the Rescue staff, you can warp the villagers to you in one place; easier to defend that way if you cannot spare the man power for dividing your units. When off a bridge and on a small island, be sure to use terrain to your benefit.

Beware of the enemy reinforcements on Turn 5, as a swarm of Wyvern Lords will appear from the forts in the north islands. The enemies are all advanced class, meaning you should expect hard hitting units as usual. Survey their skills and keep ranges in mind.

The prizes for the amount of Villagers saved. As before, the prizes stack, so if you save all 5, you get prizes 1-5!

Did you know: Wyvern Valley was a location in Fire Emblem: Mystery of the Emblem. Evidentally the wyverns must have migrated in the span of millenia, because Wyvern Valley used to be in Archanea (the past version of Ylisse)…