Let’s get started; select “New Game” from the menu. 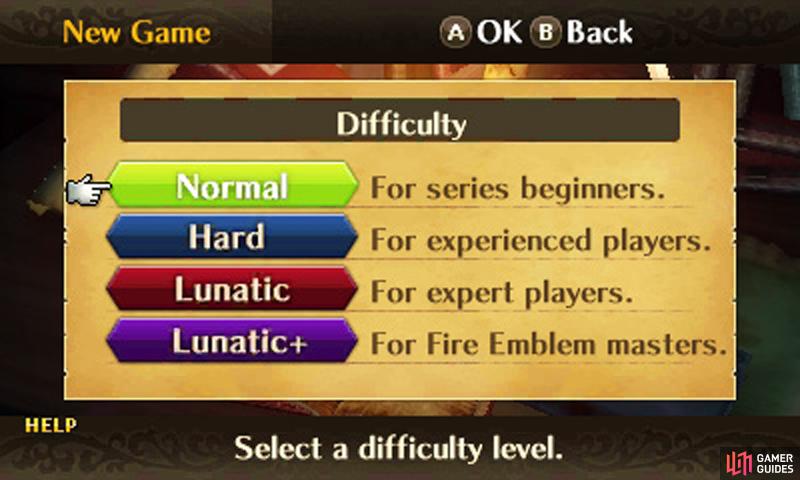 (1 of 2) Choose the difficulty that’s perfect for you. 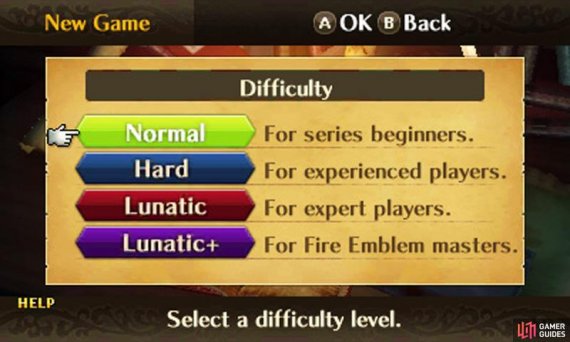 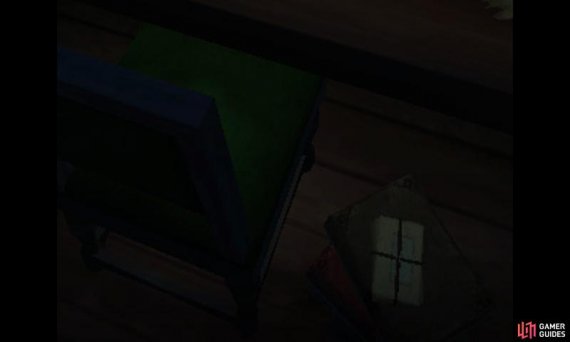 Choose the difficulty that’s perfect for you. (left), (right)

You will be asked to select your difficulty. Choose wisely as you cannot change the difficulty midway through a game; the only way to change it is to start a new file.

Normal is the easy mode. You should choose this option if this is your first Fire Emblem game or if you’re looking for an easy-going experience.

Hard is the standard difficulty; it may get hard later on, but shouldn’t be too bad. Those with experience of previous Fire Emblem games or strategy games should pick this.

Lunatic means you’re a lunatic for trying! This option is for those seeking a challenge, veteran or not. It’s recommended that you play the game at least once before tackling this.

Lunatic+, which is unlocked by completing the game in “Lunatic” is the same as “Lunatic”, but enemies have additional and very dangerous skills that further increase the difficulty.

If playing on Hard mode or above, enemy reinforcements (enemies that appear on the map on certain turns) will take action as soon as the enemy’s turn begins. This can make them very deadly, as the enemy can appear unexpectedly and take your units by surprise.

Be alert for enemy dialogue that suggests reinforcements will appear and make sure your weaker units are protected or paired up. 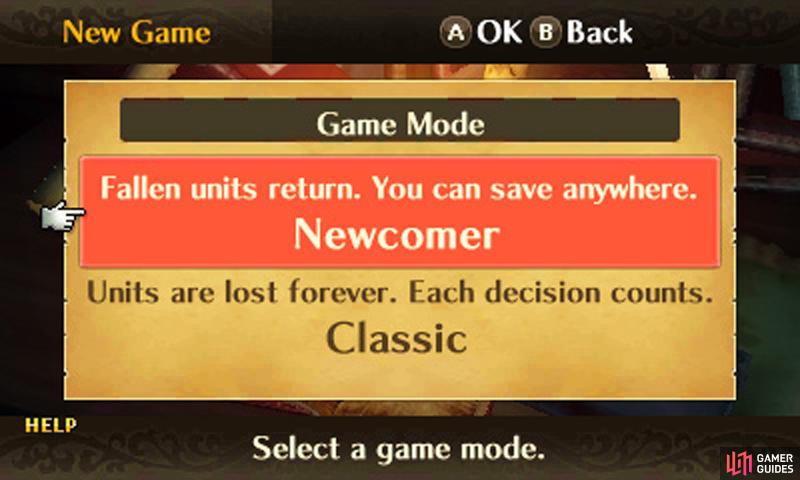 (1 of 2) Newcomers to Fire Emblem should begin with Casual (aka Newcomer). If you enjoy being on the edge of your seat, pick Classic. 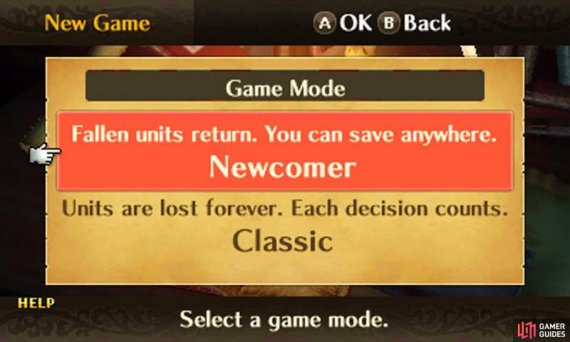 Newcomers to Fire Emblem should begin with Casual (aka Newcomer). If you enjoy being on the edge of your seat, pick Classic. (left), (right)

The next menu that comes up asks if you want to play in Casual (aka Newcomer) or Classic mode. Like the difficulty select, you cannot swap between Casual and Classic midway through the game.

Casual or (Newcomer) mode means that when a unit reaches 0 HP, they are not gone for the entire game. This allows you to lose units without too much of a worry as you’ll get them back again at the end of the level!

Also Casual Mode allows you to save on the map at anytime during your turn; this means you can resume from the point you last saved at. There will be two additional mid-battle save files that are separate from your main game.

Classic mode refers to the traditional Fire Emblem style where any character who reaches 0 HP is gone permanently for the rest of the game! Also in Classic Mode there is no option to save anywhere and instead you can only save “Suspend” data, which is erased when you load it up again.

For both modes, if one of the main characters (Chrom or your Avatar) dies, it’s Game Over all the same! 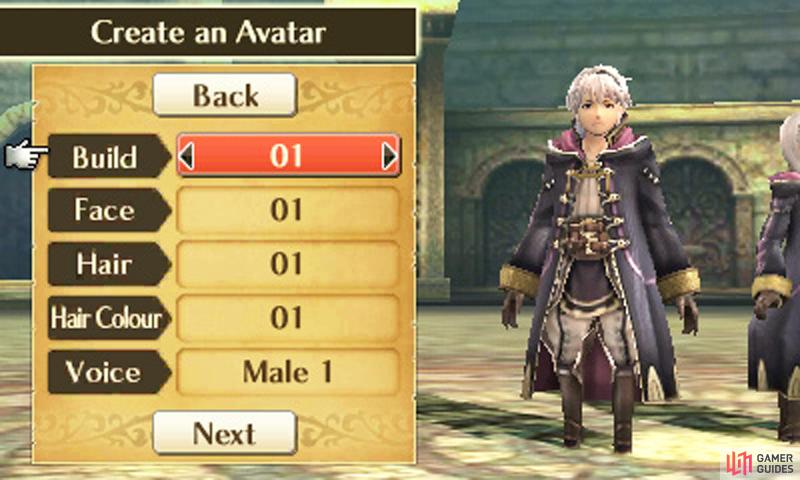 (1 of 2) Fire Emblem: Awakening lets you create your own character who will fight in battles. 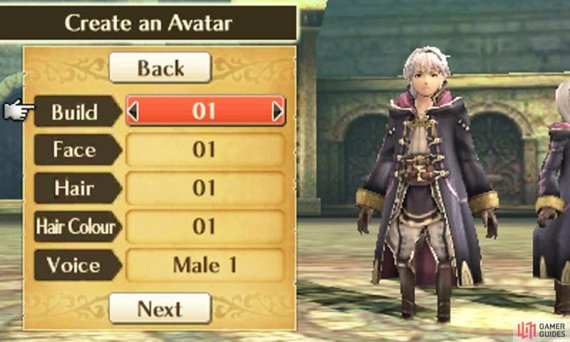 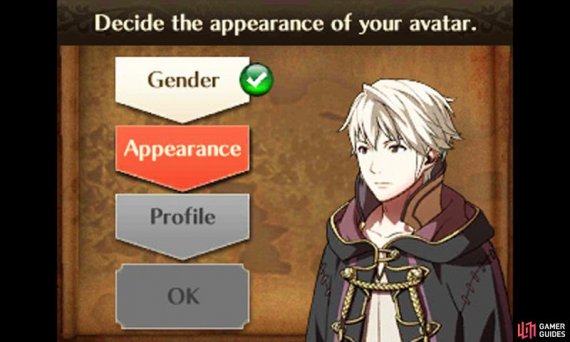 Fire Emblem: Awakening lets you create your own character who will fight in battles. (left), (right)

The first option is “Male” or “Female”. Choose which you prefer with Left and Right, and A to make the selection. The choice of gender affects such as gender-unique classes and who you can marry, but aside from that there shouldn’t be much of a difference!

You can make a second file with the opposite gender, so it’s not like you’ll be missing out much!

Next, you get to choose the physical aspects of your Avatar.

You can use the L/R buttons to change the viewing angle on the model to see if you like the hair, etc. 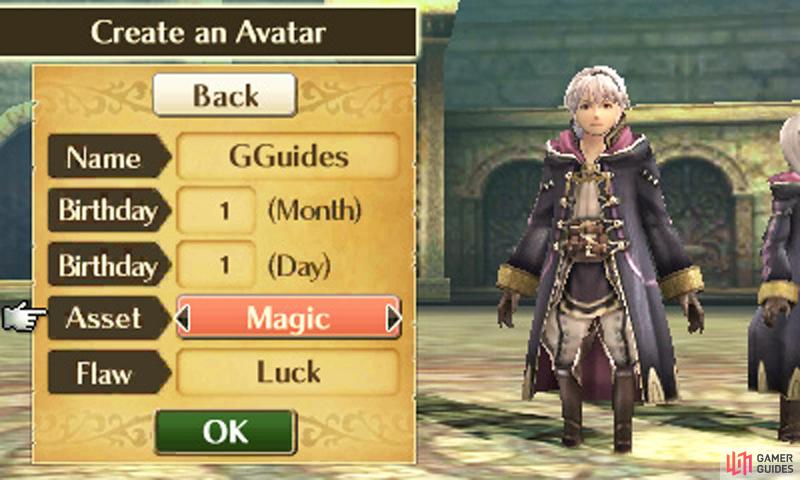 (1 of 2) Choosing an Asset and Flaw is probably the most crucial choice here. 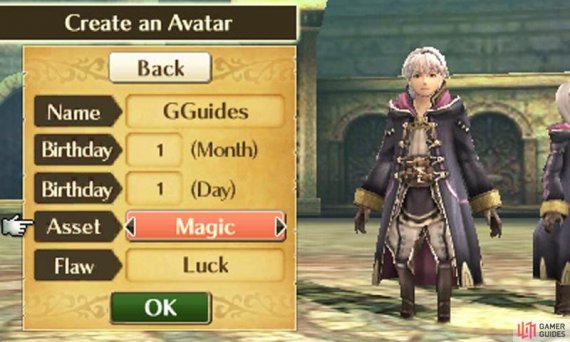 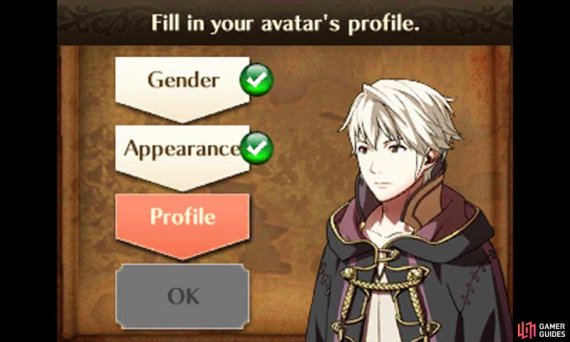 Choosing an Asset and Flaw is probably the most crucial choice here. (left), (right)

After confirming your appearance, the game will instantly ask you to write your own name in place of the default name “Robin.”

There will be a menu that pops up, informing you that your name will be seen on StreetPass.

Finally, you will be asked to fill in a simple profile for your Avatar.

you cannot choose the same stat for Asset and Flaw to balance it out!