The Hold-Beast of the Avvar has vanished, and Thane Svarah Sun-Hair is unwilling to fight the Jaws of Hakkon until it is returned. To begin the search, speak with Avvar villagers for some clues. To avoid speaking with villagers who don’t provide useful information, you can speak directly with the Master of the Hunt, who can be found in the north of Stone-Bear hold, slightly south west of the merchant. He will inform you that Storvacker is likely to be found hunting in the valley to the north west.

The mobs that you will encounter in this valley can inflict devastating melee damage if you remain in close quarters as a light or medium armoured class. You should avoid drawing their attention and remain behind them wherever possible.

As you arrive at the location, which the Master of the Hunt has marked on your map, you will encounter some members of Jaws of Hakkon. These mobs are fairly tough, so be sure to prepare for the fight with restocked potions, and keep any light armoured troops away from the bulk of the fighting. Once they’re dead, head directly north to a cave entrance. At the end of the cave you will find more mobs of the same type, and a number of doors which can be opened by a rogue. Use the lever for the central door to free the bear. 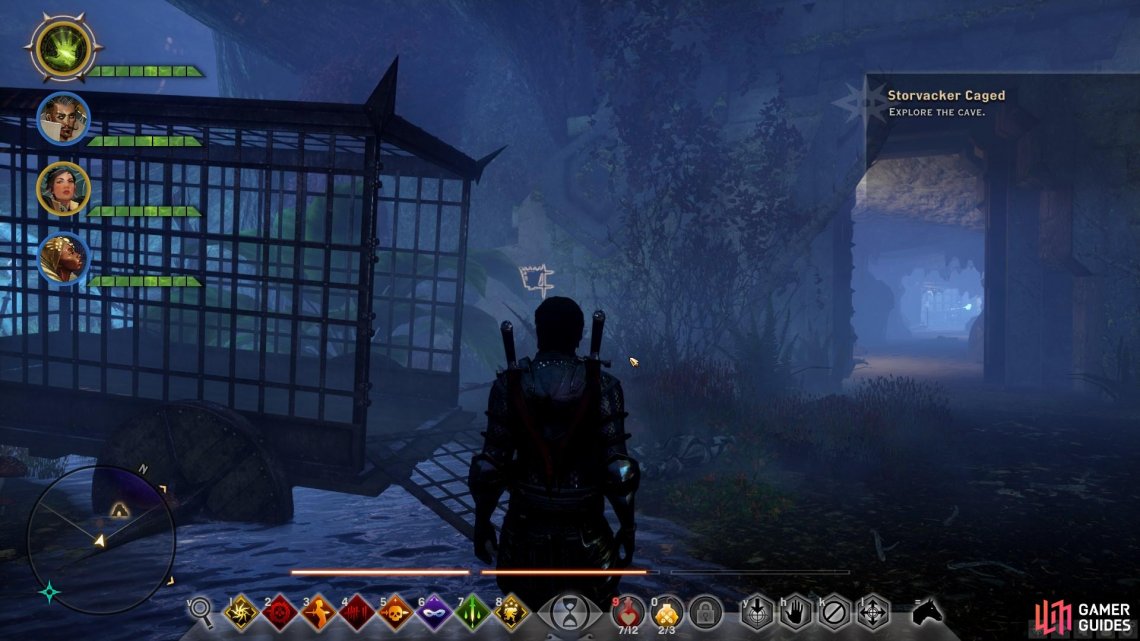 (1 of 3) The entrance to the cave where Storvacker can be found.

When you leave the cave, another group of enemies will be waiting for you. To deal with them quickly, use Mark of the Rift or stay within the cave entrance to force the mobs to bunch up, ready to be blasted with AoE attacks. Once they’re dead, the bear will be free and you can return to Svarah Sun-Hair to inform her.