In Multiplayer, each player assumes the role of one of a group of Inquisition irregulars dispatched to eliminate either a cohort of Venatori, a battalion of Red templars or a pack of Demons that have taken control of an area. 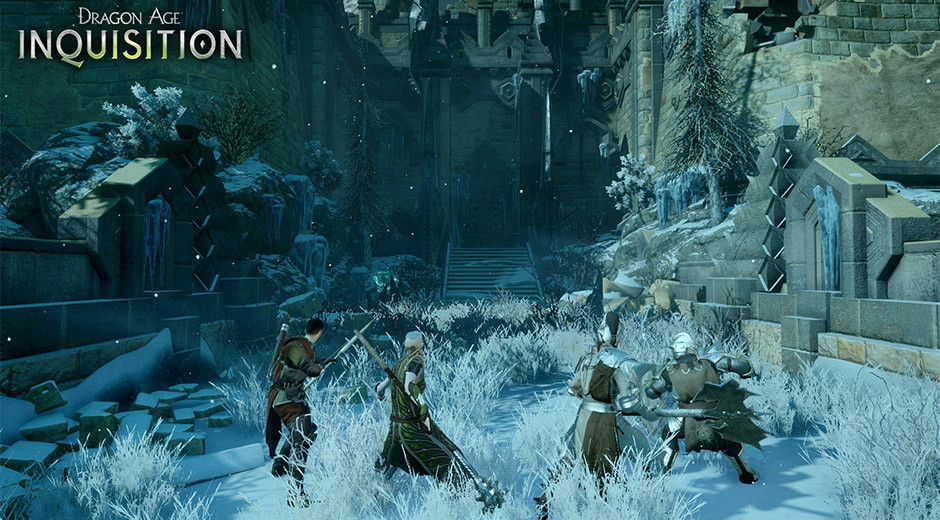 Multiplayer is all about the co-op experience. You will join up to three other players as you explore one of three areas.

Each location consists of 5 zones chosen at random from various possible configurations. Once the first four zones have been cleared, the Inquisition agents will face a fifth wave of enemies led by the enemy commander, either an Envy demon, Calpernia or Samson, depending on which faction they are in battle with. Once the final wave of enemies have been killed, the match ends victoriously.

If a player’s health drops to 0 they are Incapacitated and are unable to fight, use abilities or use potions. However they can still move. Another player who is not incapacitated must revive an Incapacitated player or else they will bleed out and die. If a player dies, they linger in The Fade and can only watch the match as an observe but cannot interact in any way. Once the surviving players clear a wave of enemies, a dead player will be revived. However players can only be incapacitated 3 times per match. If their health drops below 0 after this, they will instantly die. Each player that dies rather than becoming incapacitated, will increase the strength of the Inquisition’s enemies in that match.

Occasionally when players reach a new zone, an Event will activate which adds an optional objective for that section, in addition to eliminating all enemies in that zone. There are four different Event types and minor variations of each event.