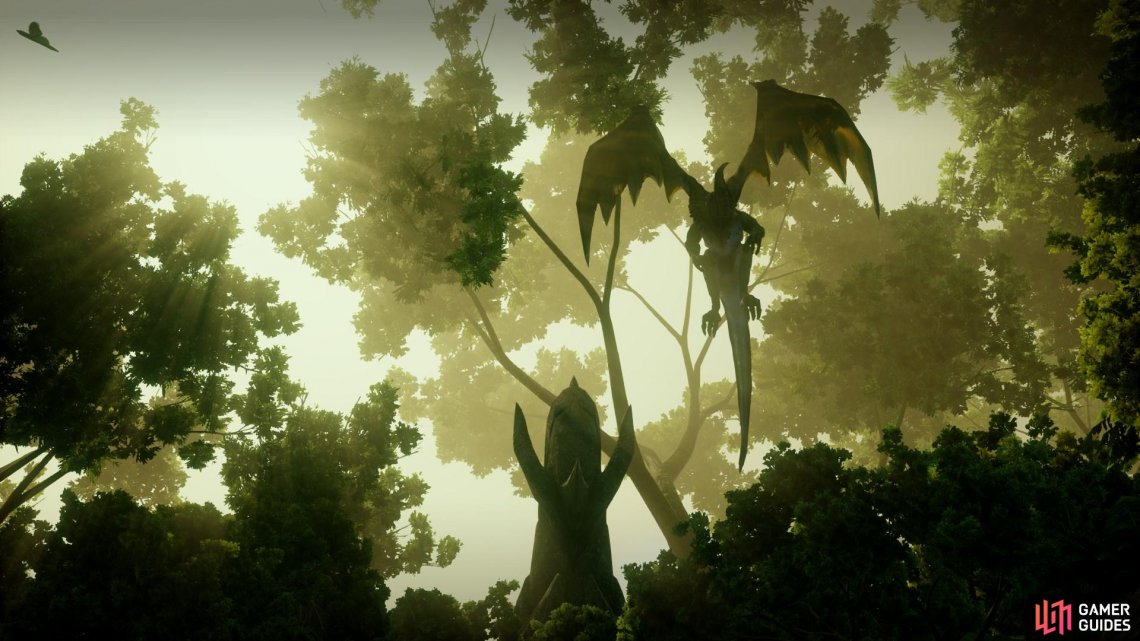 If Morrigan’s Ritual was completed:¶

If the brief side quest Morrigan’s Ritual has been completed, you will find Morrigan in the room where the eluvian is located within Skyhold. In this scenario, Morrigan has entered through the eluvian in pursuit of her child, Kieran, and you must follow. This time, the eluvian leads to the Fade instead of the Crossroads. Once there, head south and speak with Morrigan. Aid her in search of Kieran by moving further south, before turning west and then north through the Fade. Here you will encounter Kieran beside Flemeth, a vessel for the Elven goddess Mythal.

If Morrigan’s Ritual was not completed:¶

If the brief side quest Morrigan’s Ritual has not been completed, you will find Morrigan waiting for you in the gardens of Skyhold. She will inform the Inquisitor that she knows how to defeat Corypheus and his red lyrium dragon; by summoning Mythal and harnessing what power of hers remains in the world. When ready, you will need to travel to the Altar of Mythal with Morrigan. This can be done by using a Fast Travel stone, so you don’t need to go to the War Table.

Before you travel to the Altar of Mythal, be sure to prepare sufficiently for the battle ahead. You will be fighting a High Dragon, so equipment with fire resistance and frost staves are recommended. Applying Dragon Runes to your weapons is also advised, which will increase your base damage against dragons.

As usual, you will have the opportunity to bring three companions with you. Be sure to select those which have the greatest chance of success against a High Dragon, such as mages that specialise in frost damage and warriors with high fire resistance.

The dialogue options available to you during the conversation with Flemeth will have no lasting consequence. Be sure to loot the box beside the altar when Flemeth disappears. When ready, return to Skyhold from the way you entered and visit the War Room to proceed.

You will only need to fight this boss if you drank from the Well of Sorrows instead of Morrigan. 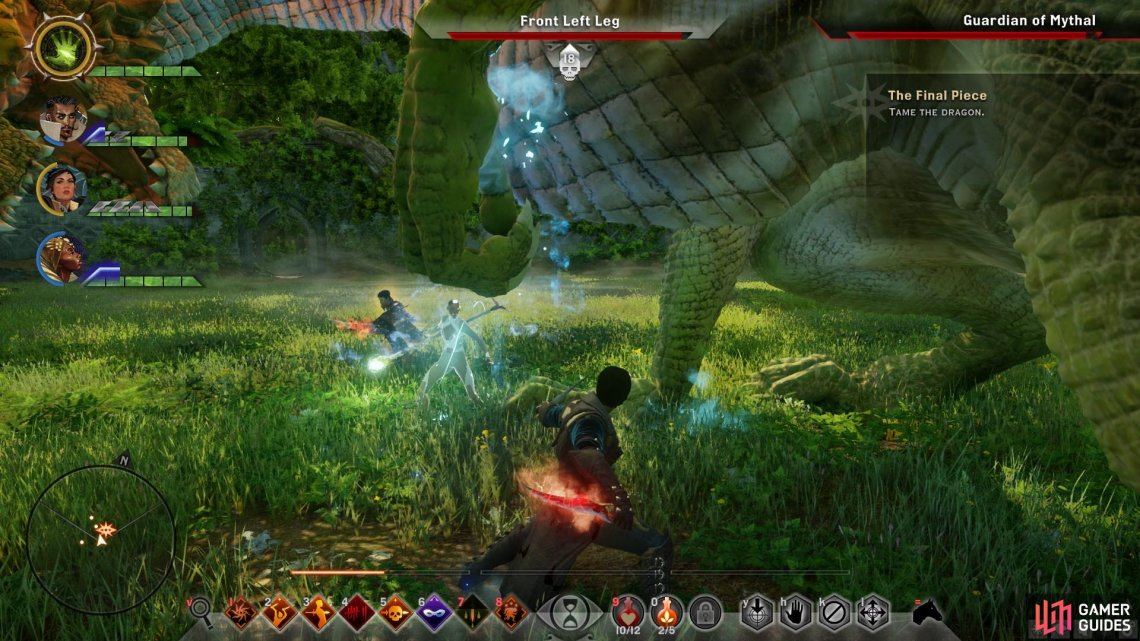 (1 of 2) When you the dragon’s claw raised, move away immediately to avoid a sweeping attack that will inflict great damage and knock you down. 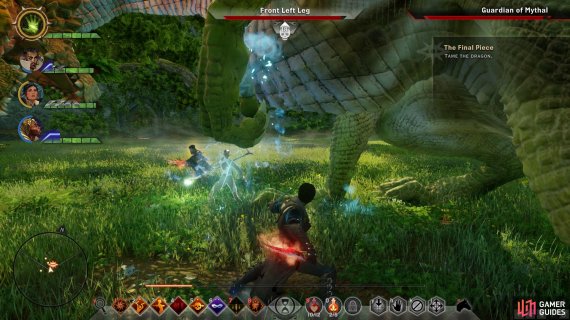 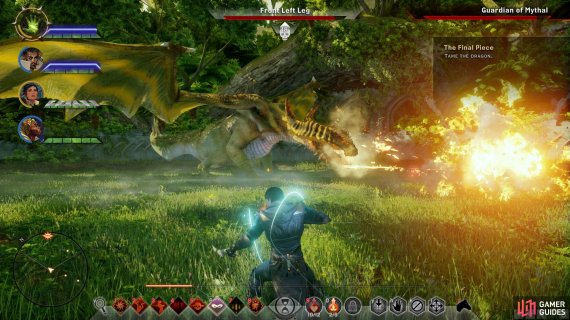 When you the dragon’s claw raised, move away immediately to avoid a sweeping attack that will inflict great damage and knock you down. (left), Look out for when the dragon raises its head in preparation to breathe fire, and step out of the way at the last minute. (right)

The dragon has an immense amount of health, but it is only necessary to deplete it to the halfway point. It can perform all attacks that are encountered with other dragons: fireballs, firebreath, claw swipes, tale swipes, and wing flap that pulls you closer. There’s basically nowhere to hide, and the terrain is flat. It’s a good idea to bring two tanks and two ranged so the tanks can take turns taunting the dragon while archers / mages continually inflict damage.

When the dragon takes enough damage she will move but she won’t take flight. If she gets close to your ranged characters, move them to a safer distance but watch for those fireballs and the wing flap. When she starts her wing flapping, warriors can sink in and do some good damage while the ranged characters try to jump away and recover. Keep hacking away, use some replenish potions when necessary, and you’ll tame this beast.

At half health a cut scene starts and the Inquisitor is able to stop her from attacking. Leave the area from the same way you came to return to Skyhold.