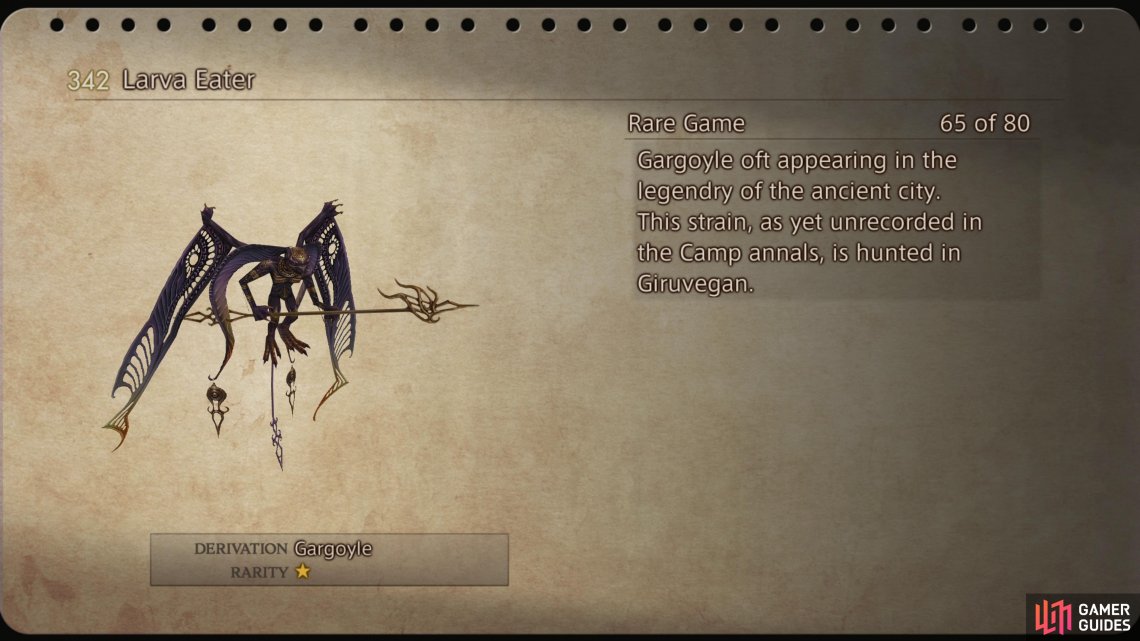 This is arguably one of the toughest Rare Game’s to spawn in the entire game. To begin with, you’ll need to kill 256 enemies between the last time you used a Waystone so the Uldobi level is a good candidate due to the constantly respawning Forbiddens. Once you’ve met that condition, it has a chance to spawn at one of the Waystones listed on this map between your next 30-256 kills, noting that these don’t need to be chained.

Strangely enough, the real difficulty with the Larva Eater is spawning it in the first place. Once it appears, it poses no more challenge than a regular Gargoyle with the exception of slightly higher stats. Sandstorm remains it’s most deadly attack, a lightning based ability that deals major damage to all party members. Stick to Ice based attacks and magicks to take this elusive Gargoyle down with little trouble. 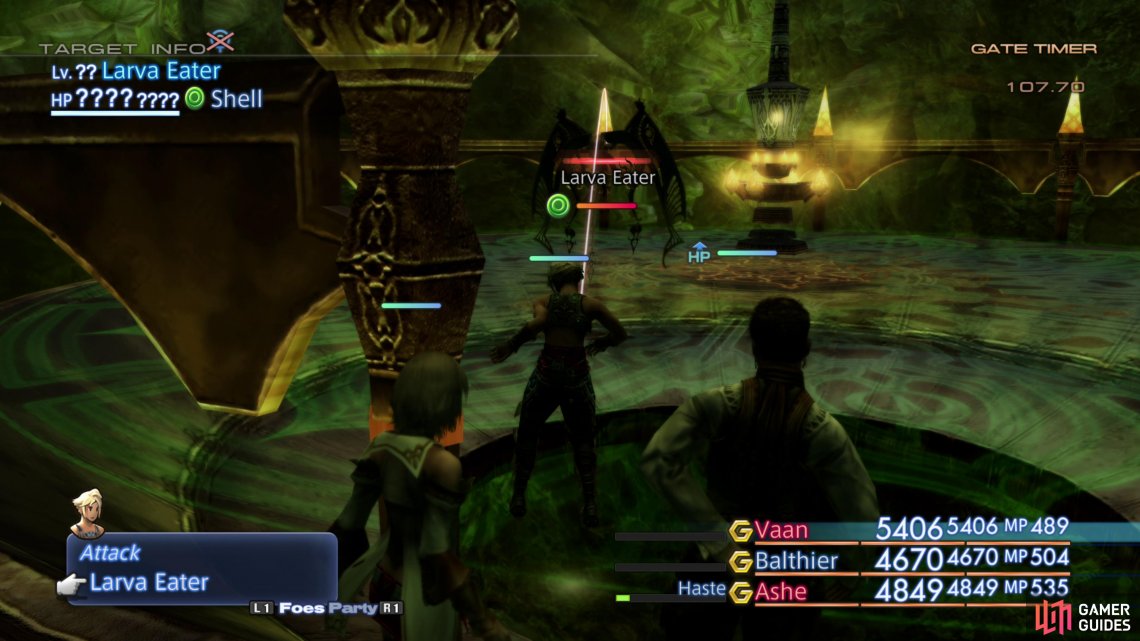 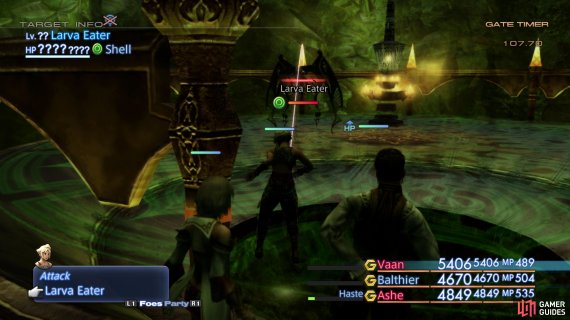 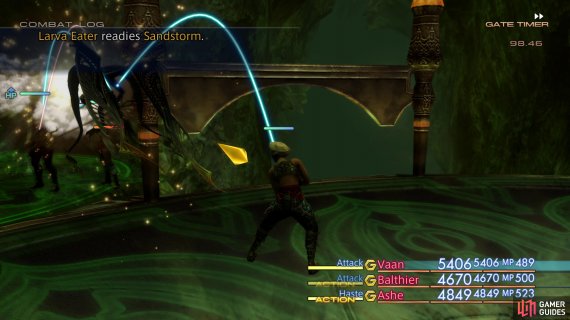 The Larva Eater is one of the toughest enemies to spawn in the game (left), its Sandstorm is a deadly area of effect attack. (right)

More interestingly is the fact that the Larva Eater has the strongest Dagger in the game, the Mina, in it’s pool of stealable items. You’ll only get one chance at killing the Larva Eater, after which it’s gone forever so you may want to make use of the auto-save that is created when you first enter the room.