It looks like you’re in some kind of cave-like system below Ding Dong Well (named Drainage Pit, according to the in-game map). There’s only one way to go at the beginning , so travel south to encounter the same enemies you’ve been fighting in the first room. Keep going until you reach a waystone, but ignore the southern exit here and take the side path, which leads to a small room with some enemies and three chests. You will receive a Cutlass, Sixth Censer, and a Soreaway from the chests. Back at the waystone, heal up and save, then enter the suspiciously open room to trigger a scene and a boss fight.

As the first boss of the game, the Black Knight is fairly easy, as long as you don’t get greedy with your attacks and watch him closely. He has a quick sword swing and he can actually block with his shield, making you deal a lot less damage. His biggest attack, though, will begin with his sword glowing purple. Step away from him when he does this, as he will lunge forward and perform a fairly large sweeping arc with the sword. The best thing to do is bait out the charged attack, wait for him to do it, then run in for a few hits and back off.

When the Black Knight gets low on health, a cutscene will appear and you’ll be thrown into the second half of the battle. Not only is the Black Knight much larger, but he has all new attacks here. You will see him rear back, standing on his hind legs, which means he will perform a short charge. He can also punch you if you stick to him for a period of time, so hit-and-run tactics will work well here, too. He can also do a series of punches while maneuvering his way towards you. You’re not meant to defeat the Black Knight, so just keep fighting him until a cutscene occurs, bringing the battle to a close. 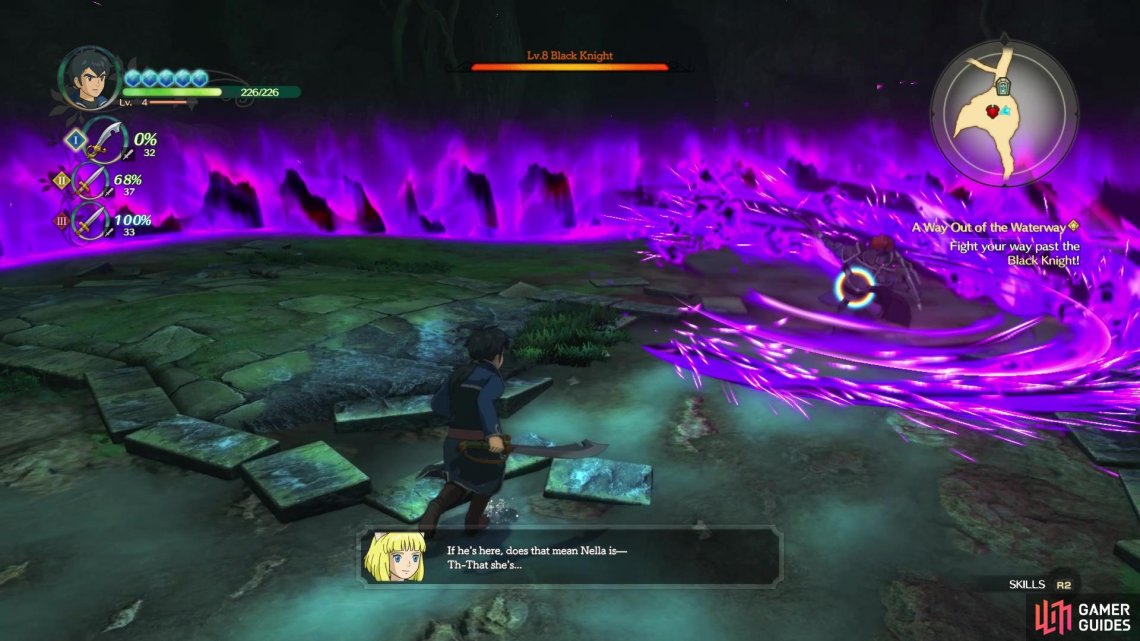 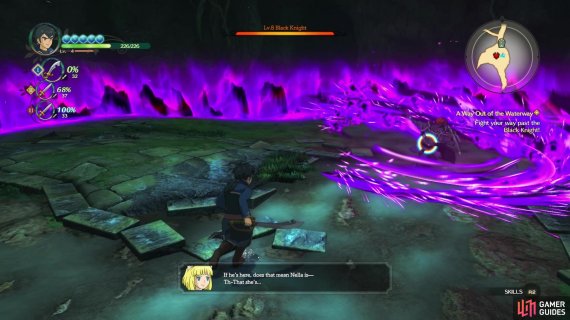 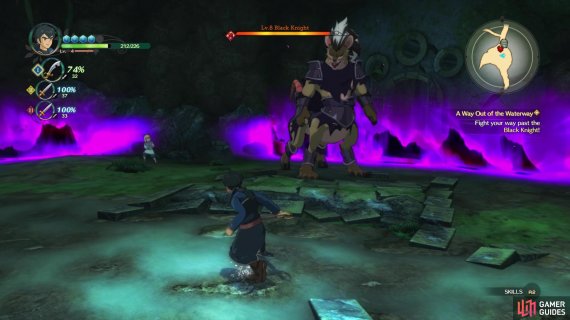 The Black Knight’s charge attack is easy to avoid (left), His second form is intimidating but he is still easy (right)

A King Without a Country¶

There will be a few scenes here before you’ll arrive at this objective. There’s not really much to this part, but you will be controlling Evan here. You’re free to explore the area, but you won’t find anything, other than a waystone. To continue, head up the hill to find Roland, where both he and Evan decide what they’re going to do. This will bring us to the closing of Chapter 1!