Inspired by Evan, Tiller wants to sail around the world, but he has nothing but a rowboat. This might be a problem, so Evan suggests that he do a trial run nearby first. Tiller says that he will be on a beach with a good view of the great rift in the sea, so you'll have to meet him there. Exit Capstan and get on your boat, then look for Starboard Isle to the south, which is the island with two Wavewyrms on it. It goes without saying that these creatures are very high level and very dangerous, but Tiller is on this island and you need to speak with him to progress the quest. Wait for the one wyrm to turn around, then quickly get off and speak with Tiller.

Unfortunately, things aren't as simple as that, as Tiller will move on to a new location, near Hydropolis. A blue circle will be shown on your map and you will need to find Tiller's exact location within that circle. Thankfully, you can easily spot where he's at by looking for his boat, which is on the small island just southeast of the one marked with "Mikronos." Talk to him to find out this place isn't so well for him to live in, so he sets sail for a new place. 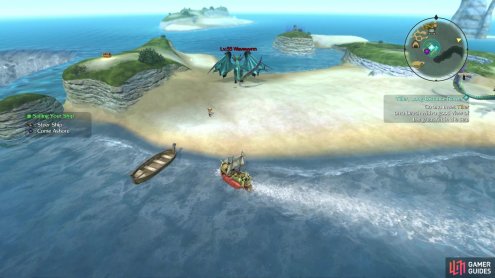 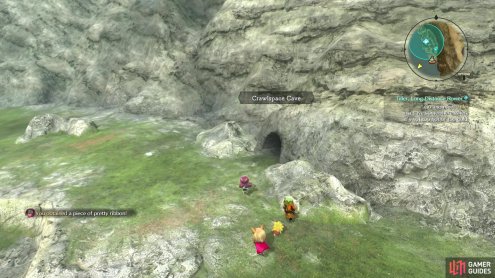 The map will point you to Sequoia Valley, which is directly east from the Heartlands, on the other side of the ocean; the spot is south of the icy place. There will be a small section of land you can explore here, but note that the enemies are in their 40s. If you managed to research Brisk Stroll from the Explorer's Guild, then you should be able to outrun them, provided you don't get too close. What you're looking for here is Crawlspace Cave, which is on the top part of this little section. Enter it to find Tiller, who is exhausted and needs some medicine. The bad thing is that he needs a Four-Leafed Soreaway, which you might not have yet, especially if you do this quest as soon as it's available.

The first time you can get one is during the main story, when you have to go through The Abyss. It is found quite late into the dungeon, near the bottom. Take the puffer whelk by the trip door in 3000 Fathoms Deep to reach the chest with this item. Make your way back to Crawlspace Cave and hand over the item to Tiller, who will head back to Capstan. Speak with him there to finally put an end to this quest.