Hoi Den can be found west of the inn in Goldpaw and is looking for the "Golden Warrior," who just happens to be Evan. Some people seem to be in need of help, with your input being to defeat a monster named Mortimer in Tightfit Cavern. This little cave is found north of the Rubbly Ruins Trip Door, so travel to that and go straight north to the cavern. As soon as you enter, you will see the skeleplasm right in front of you, with the usual Tainted Monster purple aura. Mortimer, as already mentioned, is a skeleplasm, and is level 23. 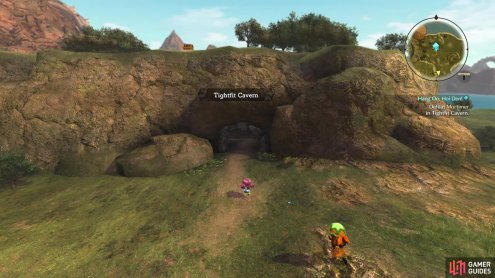 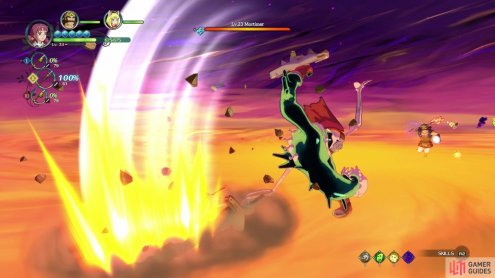 Unlike its normal counterparts, you will want to be careful of the overhead strikes that Mortimer will do with its sword. It has a stationary one, as well as one where it will run up to you before delivering the blow. In addition to this, it has the usual skeleplasm two-hit combo, so you don't want to get too greedy with your own strikes. Being a skeleplasm, you can have your Monster Affinities in the Tactics Tweaker set to Sliminess. Return to Hoi Den upon defeating Mortimer to finish the quest.