Ketch seems to have a problem with Bracken, as she is always disrupting his and the other shipwrights’ work, but Evan wants everyone to get along. Start off by talking with Bracken, who mentions that she developed a new kind of paint to help keep the bugs off of the ships, but they don’t want anything to do with that. Evan suggests that maybe bringing one of the prisms she used to Ketch, he might change his mind. 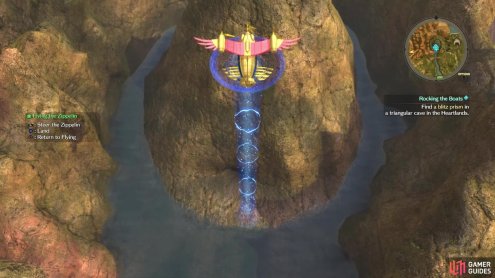 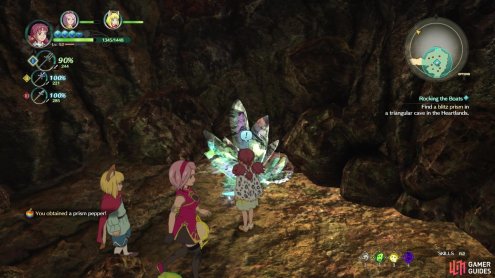 Bracken mentions that she remembers getting the blitz prism inside of some triangular cave higher up in the Heartlands. The cave she’s talking about is Dugout, which is on the island in the river northwest of Rubbly Ruins. The monsters inside should be blue to you at this point, so you could just run past all of them without having to do battle. The prism is located towards the southeast corner of the map and you’ll want to look for the blue sparkle on the northern end of the blue circle, on the crystal cluster there. Grab the Blitz Prism and bring it to Ketch, with some talking going on before the quest will be over.