Broadleaf is holding an exciting product launch event and you have been invited. Speak to the robot over in Sequoia Valley, on a ledge to the west of the Junkyard Mire trip door. It turns out this event is really a skirmish in disguise, as they want you to test out the capabilities of their new military robots. The skirmish is level 28, so you're going to likely need a little boost from the buffs. When you begin, there will be two units just north of you, a ranged one and a sword. The sword one is actually reinforcements from the encampment, so defeat the units on the field, then destroy and rebuild the camp.

See that sword unit off to the east? That's actually one of yours, so head over there now to have some Porcs spawn. These are sword units, three of them in fact, but another hammer one will appear shortly after. Get rid of them, then make your way back west, passing through the gate that opened earlier. Some reinforcements will show up, consisting of a siege tower, hammer units and a lone spear one. Upon clearing out this area, the path to Captain Smith will be open, although it's riddled with obstacles. 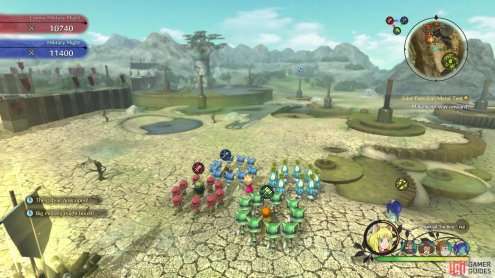 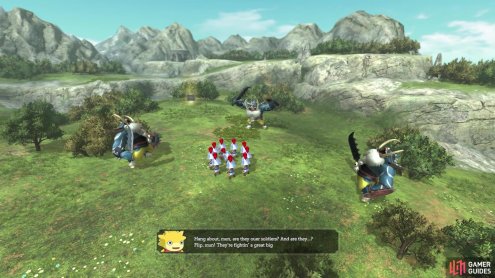 You also have a timer appear on the right side, with there being thirty seconds before the new robot units come to wreak havoc. You shouldn't worry too much about the timer, as the robots aren't anything too special. You should be more worried about taking out the cannons and siege towers in the way, while slaughtering the enemy units. Once you get to Captain Smith, you find that he's comprised of two ranged units and two hammers. Upon finishing off Smith, victory will be yours.