Note: Due to how short the next few objectives are, they will all be combined into a single page.

To continue the main story, you will need to head back to Evermore, specifically the throne room. Speak to Leander and as the game warns, you won’t be able to play freely for a while, so make sure you want to proceed. Select yes to carry on and to find out a shady, hooded figure has been sighted within the kingdom’s walls. It turns out that Roland has been doing some shady dealings, which we already kind of knew, and more scenes will occur that shows what happens to Roland.

You’ll be in control of Roland during this segment, so head upstairs and into the throne room to speak with Mausinger; there’s nothing to find in the castle, so just go straight to the throne room. Before Mausinger can trust you, he wants you to perform a little test in the dungeons, to prove your loyalties. Open your map to find the location of the Dungeons, which is pretty much straight south to the Entrance Hall, then east. You’ll know you’re on the right path whenever you pass a small room with a waystone. Go straight to the cell ahead for a scene, where Roland shows his loyalty.

Mausinger wants the Mark of Kings, which is needed to gain access to certain areas, while Chancellor Vermine asks you to deliver a message to Captain Buck. You’ll be doing the latter first, with Captain Buck being in a large room just north of the Dungeons entrance. Speak with him to tell him the news, and something else, which will bring you to the next bit. Simply run up the stairs and interact with the door at the top for more scenes…

The Mark of Kings

At this point, go into the menu when you regain control and outfit Roland with some weapons and armor, if you haven’t been using him. Interact with the statue that was pointed out to you in the cutscene to uncover a secret passage. Follow it to a small room with a chest, so open it up to find a Starfall Sword and what you came here for, the Mark of Kings. Watch the scenes that unfurl and when you get control back, you will be escaping. 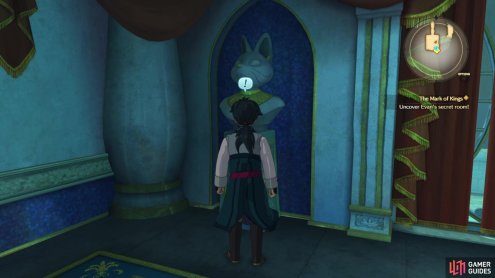 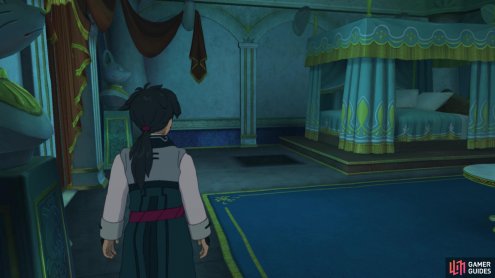 You will regain control on the western side of the castle, with your destination set to the Dungeons again. Head east to find some guards stationed, who you will have to fight. Concentrate on the mages first, then worry about the melee enemies second. Note that you’re alone here, so you will want to be especially mindful of your health at all times. After defeating the guards, head south into the Entrance Hall to find more enemies waiting. The hallway before the Dungeons will have more guards stationed, so take them out and head down the stairs. Approach the cell for some scenes, which will bring this short (story-wise) chapter to a close.