What Lurks in the Labyrinth

Labor of the Labyrinth

You may have explored a little bit extra with your ship before and if you managed to go to the southeast corner of the map, you probably encountered a dark area that you couldn’t fully explore. As soon as you land, though, you will be forced into a skirmish. You can leave if you want and activate the Trip Door (Leucippes’ Labyrinth), but you can’t actually explore the entirely of the island. Start the skirmish when you’re ready. 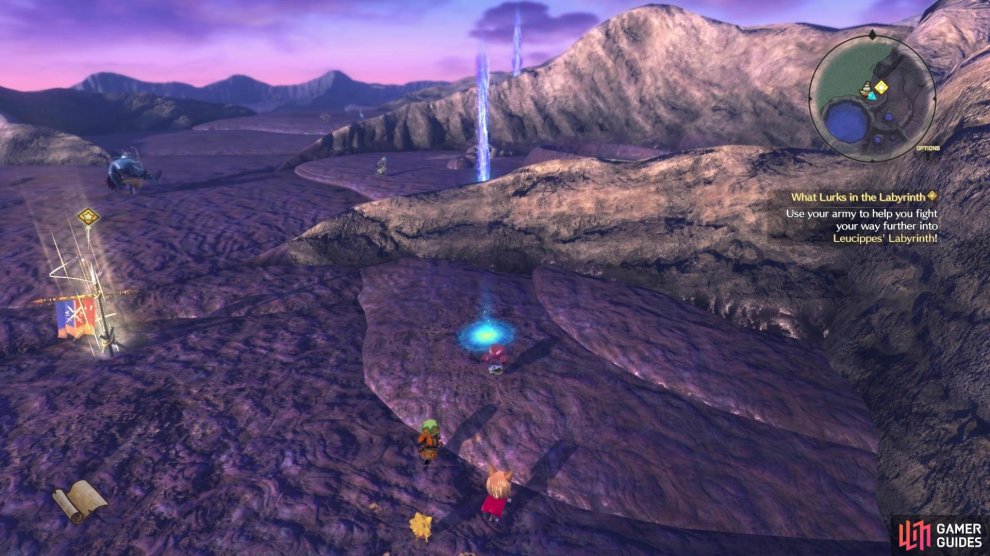 If you’ve done all of the optional ones that were a part of sidequests, then you might be a tad bit overleveled for this one, as it is level 12. There are two spear users on the map, as well as one hammer and various miscellaneous. If you haven’t done much skirmish grinding, then you will want to take it slow here and try to get the units to come at you at least one at a time. Pass through the gate when you’re finished taking out all units to have more spawn. It’s more of the same, although there will be a Fangfish, which is a spear unit.

The biggest problem of the battle will come after you pass through the second gate, as a set of four spear units will be right in front of you, as well as another Fangfish. If you have archers, you could retreat back through the gate and have those take out the spears from a distance, or you could simply activate Shock Tactics to clean up. After that, it’s just some barriers and a mix of hammers/swords, as well as another Fangfish before the end.

We’ll get to exploring in a little bit, but head inside the Seat of the Sea Beast for now to find out it really isn’t a dungeon. Instead, it’s a single room and there is a waystone right inside, so heal/save and get ready for a boss.

Think of Cetus as an overgrown Fangfish, with some extra moves. He has the same burrowing attacking that all Fangfishes do, but it can also shoot its tail up underneath for some decent damage. Cetus can also lunge forward to try and bite you, as well as smash his head on the ground. Of course, not all of the boss’ attacks are melee, as he can shoot a big water ball at you that explodes into a wider area-of-effect. Sometimes, Cetus will go underground and some kind of purple thing will pop out, which is his tongue.

You can attack this and deal damage to the actual boss, but you will want to be careful, as if you don’t deal enough damage, then Cetus will pop out of the ground to try and bite you. When Cetus gets lower on health, he will roar and quickly retreat into the ground. His tail will briefly (and quickly) come out of the ground, spreading algae all over the place. This isn’t normal algae, though, as after a few seconds, it will explode. You can actually destroy them, though, but the boss will continually toss these out for the remainder of the battle.

Despite the similarity to the Fangfish enemy, Cetus is actually a lot more varied, and can provide a little bit of a challenge depending on your levels. His attacks are quick, but most of them are telegraphed, so they shouldn’t be too hard to dodge. If you see dirt kicking up near you, then the boss will be coming up out of the ground there; the same holds true for its tail. Keep an eye on your HP, in case it ever gets low. 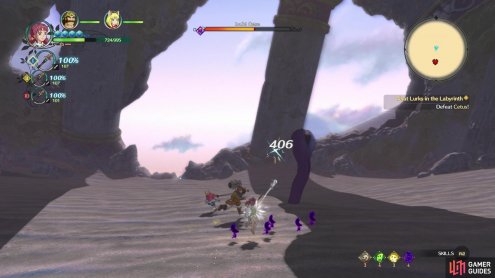 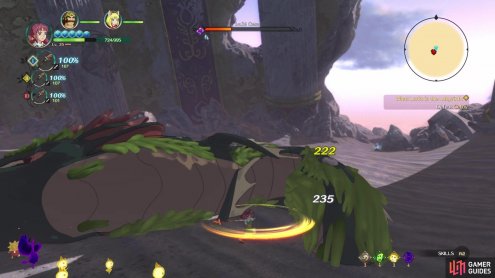 The battle is over and it looks like Evan will get another nation to sign the Declaration. Lofty shows an item that the boss dropped, Ocean’s Aether, which is probably what Nerea sent everyone here for in the first place. You can exit the boss’ place now and head to your boat, if you wish, but this island hasn’t been explored just yet.

Taking a quick glance at your map of the island, you see the "walls" of the place and how there are pockets all around it. After getting off the bridge, take the first north pocket to find a chest at the end, which has an Angel’s Tear. The one directly south just has two sparkles, but the pocket to the east has another chest, with 5 Lemon-Yellow Thread. Continue eastward to the next pocket, which has yet another normal chest (Ice Cream Cornucopia), then it’s time to look at the map again.

There are two more pockets to the north, with two more to the west of those, as well two more in the center and one last one towards the shore. Go to the center of the map first, where the name is located, to find a chest with a Bright Ammonite Bow. Next up is the northeastern pockets, with the northern of the two containing a chest (Strong Sixth Censer). The one just west of that has a blue chest, which has a Higgledy Help Pendant inside of it. The last pocket with treasure is in the bigger one just south of where your ship is parked, which houses a chest with an All-Be-Gone. That’s all for exploring Leucippes’ Labyrinth, so teleport back to Kardia Square in Hydropolis. 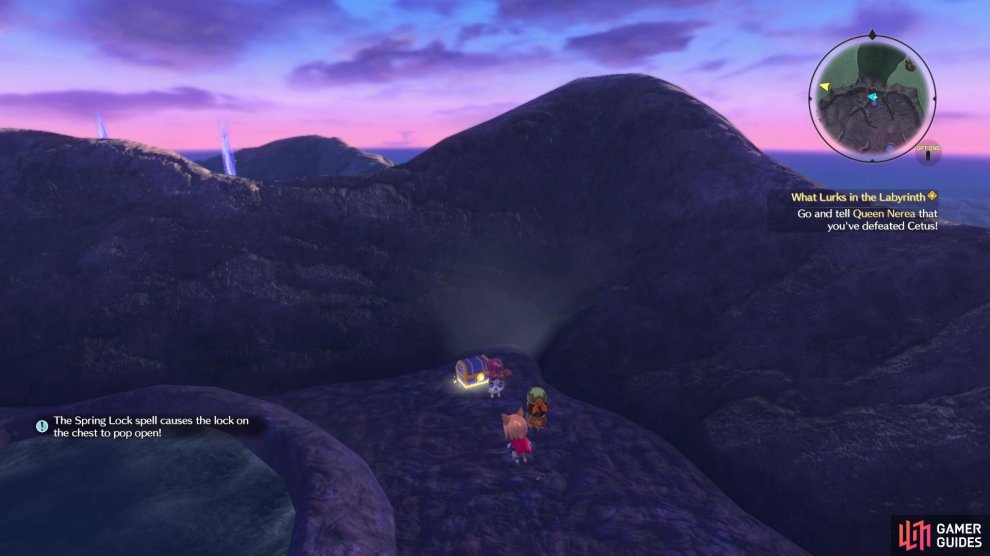 Approach the teleporter for the throne room for a scene and some interesting developments. It looks like your next objective has been set, to journey to this Abyss place in search of the queen.