All Aboard the Zeppelin

The chapter opens up with your party discussing how they are going to get Ding Dong Dell to sign the Declaration, but they are interrupted by Zip. He’ll hand you the keys to the zippelin, which means you now have an airship. This pretty much opens the entirely of the world map for you to explore, which means that you’ll be doing a lot of stuff now. Also, since this is the beginning of a new chapter, you will have plenty of sidequesting to do. Note that boarding the Zippelin will push the objective to the next part, so it’s best to just ignore it and get around via trip doors, although it will be very handy in getting around without using said trip doors. 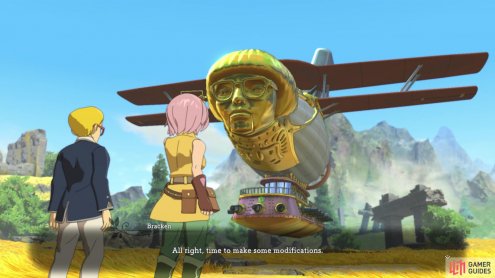 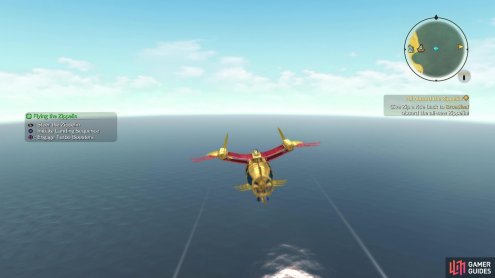 At this point, you should be at 48 citizens for Evermore, which means you only need two more before you can finally have enough to upgrade it to level 3. Thankfully, there’s enough new ones right now to push that number well past 50. Start off in Evermore, where there should be three new sidequests, depending on if you’ve done all others that you could up to this point. Two are from Fai Do and Nu Bi, as well as another one from Chingis.

Next up is Goldpaw, where you can grab another sidequest, then there will be three more in Hydropolis. You can also get some new citizens from Swift Solutions, so make sure you go ahead and check one out in any of the cities. Lastly, since Broadleaf was the most recent city visited, there is bound to be a large number of sidequests here; in fact, there’s a total of 11 in the city itself. There will also be another sidequest in Greenglade Cave, which is up the mushrooms to the west of the Forest of Niall. Lastly, after finishing them all, don’t forget to recheck Evermore for a few more.

If you’ve been following this guide, then you should have more than 50 Citizens in Evermore, which means it’s time for another upgrade for the kingdom. You won’t find too many actual new facilities, but the ones that are there are upgrades to current ones. There will be two new upgrades for each resource gathering facility, plus some upgrades for the Institute of Innovation, Barracks, Training Ground, Explorer’s Guild, Hubble-Bubblery, and Dimensional Lab. You will also be able to level up other buildings, like the Outfitters and Weapon Workshop, which will allow you to make more powerful equipment, although you might not have the materials yet. 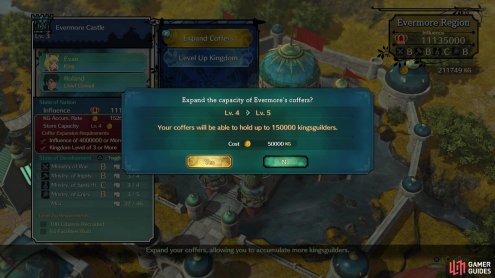 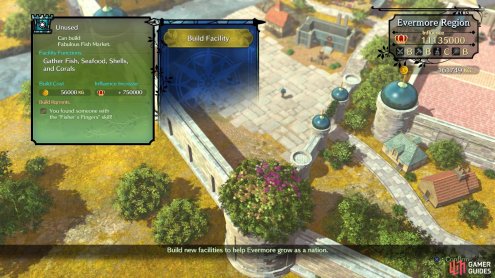 Your best bet, when you first upgrade to level three, is to focus on the resource gathering facilities, as you will be needing the items from them to make the new weapons/armor and for some of the sidequests. You shouldn’t completely neglect the tier 2 ones, but you will definitely want to have one person in each of the tier 3 ones, along with leveling them as much as possible. It should be noted that some of the facilities for resources are locked behind a citizen’s skill, so you’ll need to do the sidequests above, although there will be three you won’t be able to build at this moment.

When you’ve finish sidequesting and messing with your kingdom, then it’s time to finally get back to the story. Step outside of Evermore and check out the airshop to start the modifications to it. After Bracken is finished, you will have yourself your very own airship. Note that you can board the airship with the Triangle button and land with the X button. Before you can actually go exploring with it, you will need to bring Zip back home to Broadleaf. Anywhere near the city will work, then it’ll be time to move on to the chapter’s next objective, although some exploration is in order.