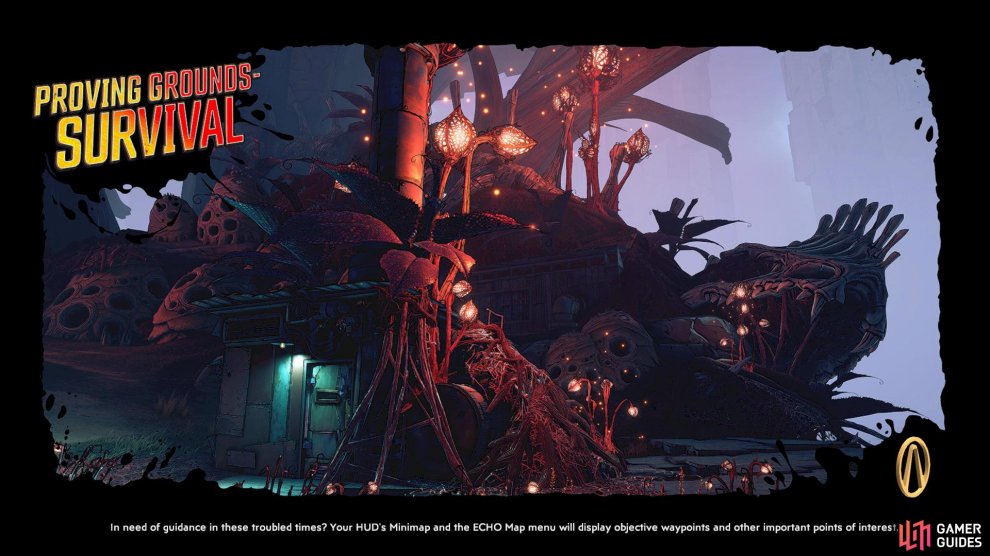 Once you’ve accepted and completed the previous mission Discover the Trial of Survival, head further into Gradient of Dawn and speak with the Overseer to begin the challenge. 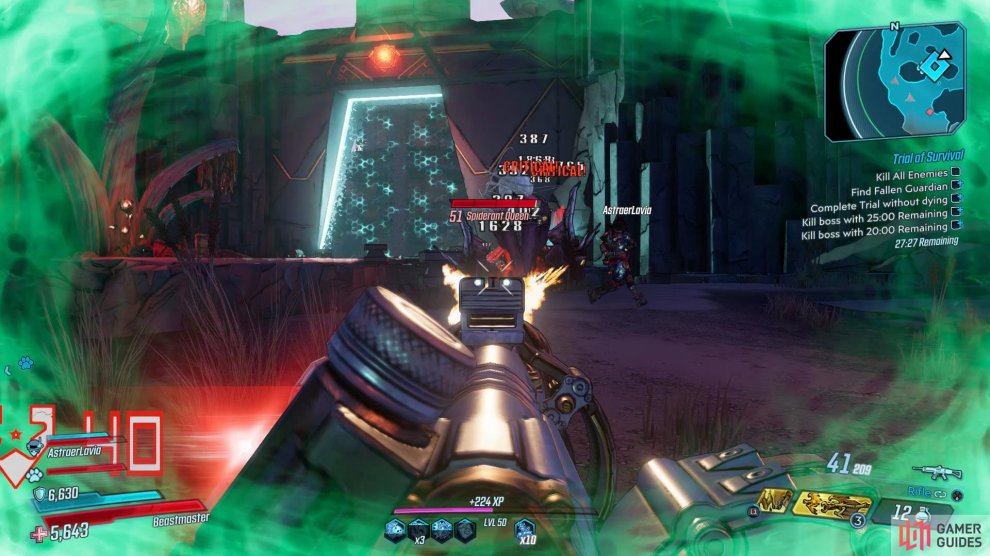 After you’ve entered the trial you’ll face alot of enemies that include all types of Spiderants. Keep taking out all the Spiderants and continue through the area until you come across a Queen and King Spiderant which you’ll want to take out quickly as they can attack alot harder. The fastest way you can take them down is using a weapon that has an element that they’re weak to aswell as using your character’s Action Skill when available while also using any Grenades you may have. 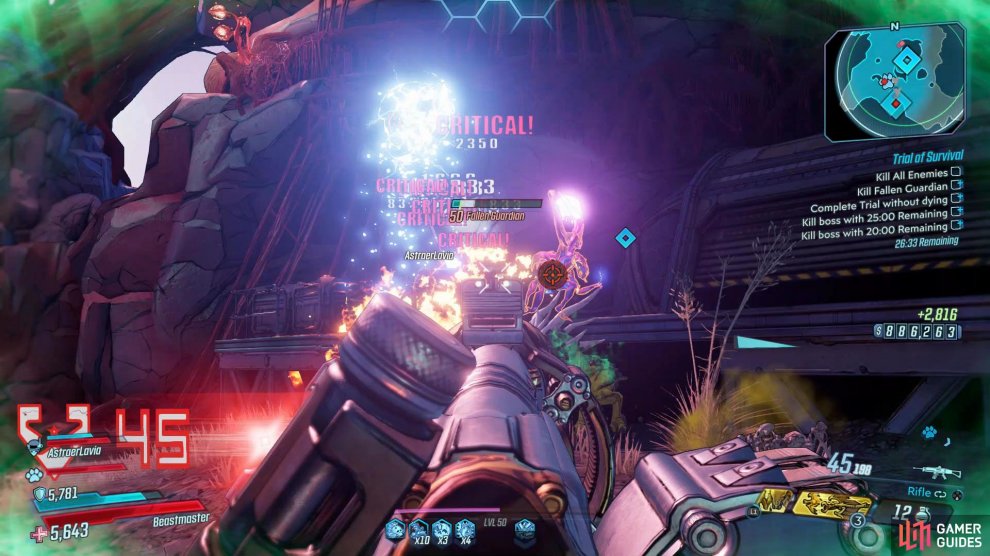 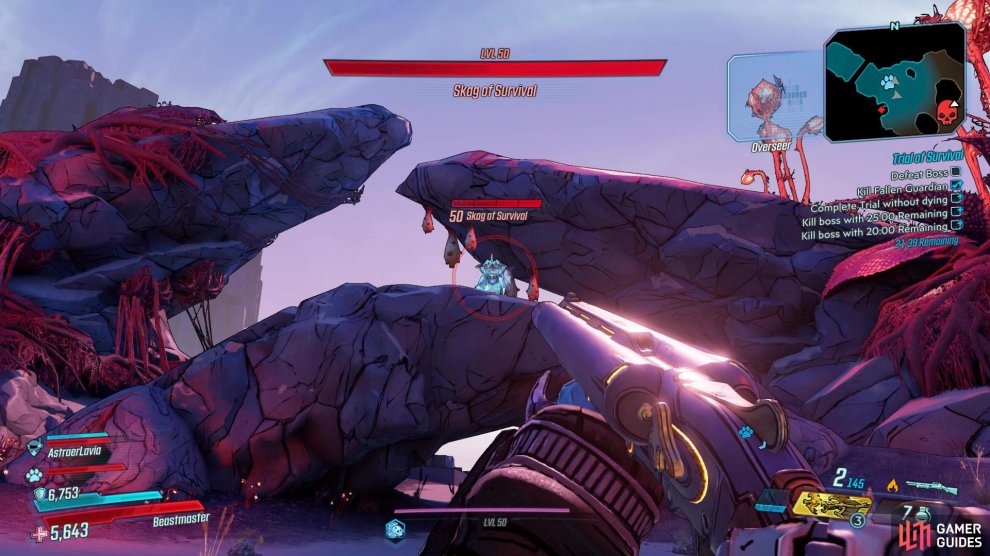 Once you’ve cleared all the enemies out of the previous areas you’ll eventually come to an area where you’ll have to drop down to go head to head with the Skag of Survival, the boss of this Eridian Proving Ground.

The Skag of Survival isn’t an overly difficult boss to deal with as you’ll only need to watch out for his Acid attacks which are easily dodgeable by just sprinting around the arena. Whilst dodging the skag’s attacks you’ll want to focus all your firepower towards his head to deal maximum damage.

Once you’ve entered the 2nd phase of this fight the attack will change slightly as it will now fire Shock based attacks at you instead of Acid.

Now that you’ve taken out the boss, head up to the chest at the end of the area and open it to complete the Trial of Survival. 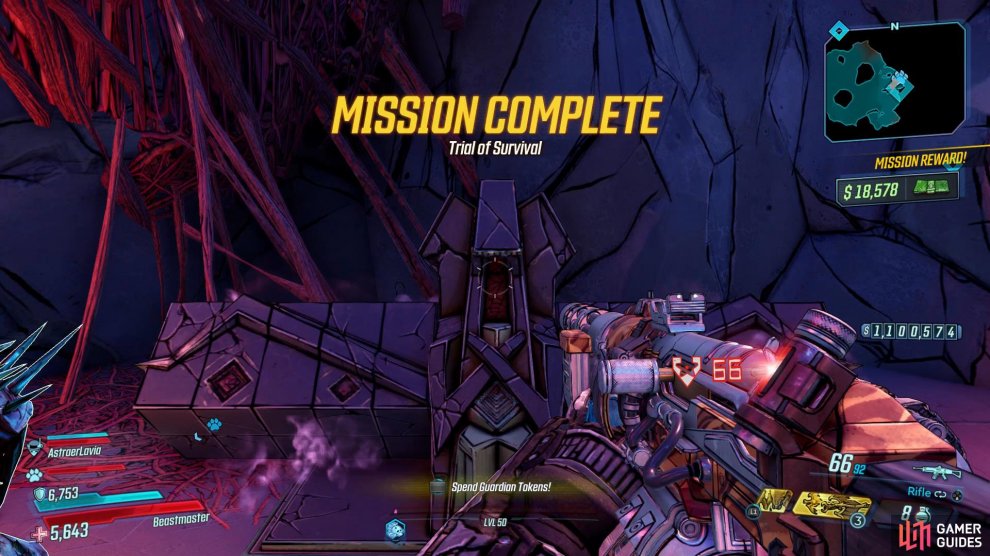