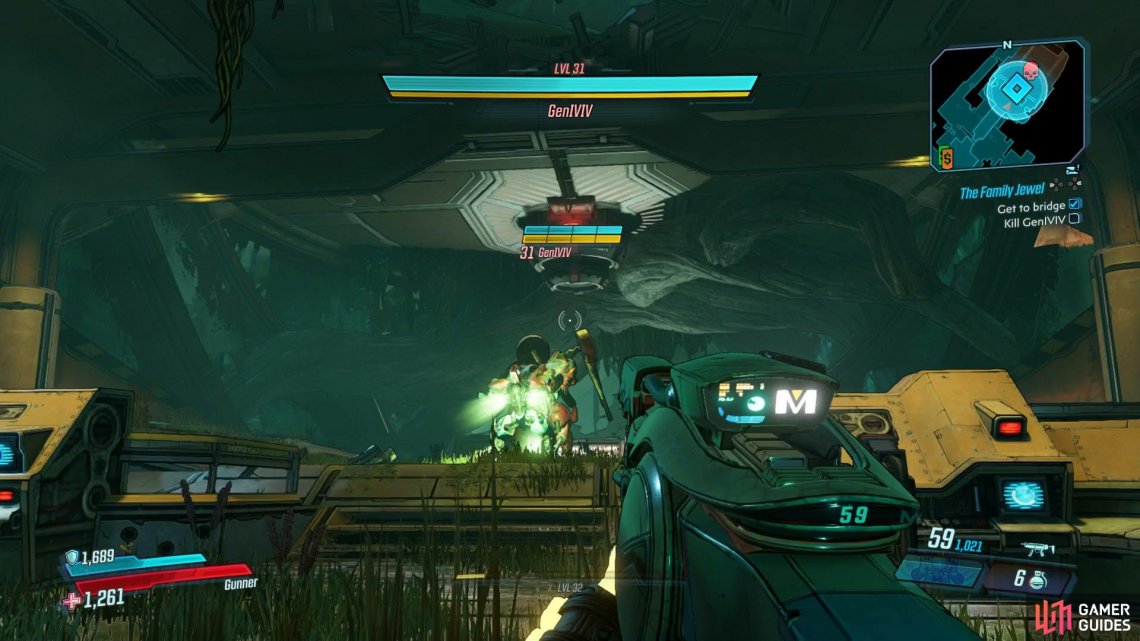 You’ll be up against GenIVIV in her combat mech and this one is a lot more deadly than the one BALEX was in. To begin with, take a look around the arena, you’ll notice you can stand on the sides of it and you’ll want to aim for this, a lot of GenIVIV’s attacks are focused in the middle and if you decided to tough it out in the middle, you’ll find an early grave waiting for you.

GenIVIV’s first health bar is a Blue Shield so you’ll want to go with using a Shock based weapon to inflict greater damage on it. Once you drain the Blue Shield, you’ll have to deal with the Armor itself so it’s the ideal time to swap back to your Corrosive weapon to inflict greater damage. As GenIVIV is large, it’s rather difficult to miss her with your attacks so a weapon with a fast rate of fire is ideal here too.

She’ll attack by shooting large Green Orbs at you, these will ricochet around the arena dealing massive damage if they come into contact with you. This is the primary reason you’ll want to stay away from the center while continuously strafing. Once the Shield drops, she’ll put up a large shielded wall in front of her, at this point, you’ll want to be up behind her, near where the cracked glass is, to avoid the attack and get some free damage on her. 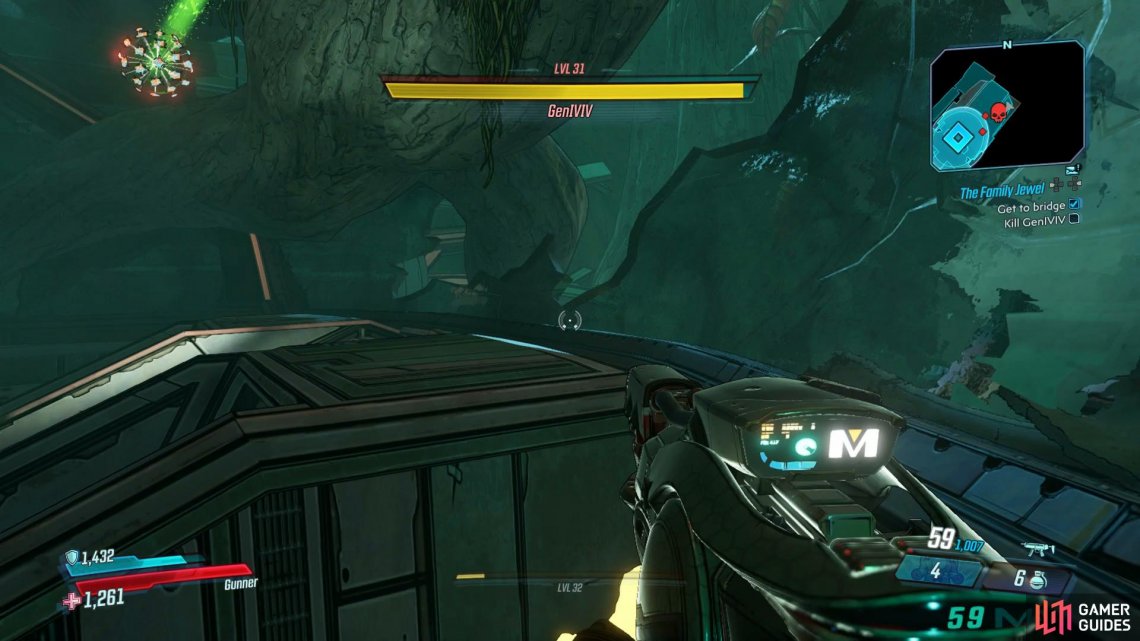 You’ll also have to deal with a few adds in this battle and these will rush you to try and melee you, for that reason, it’s easier to take them out rather than avoiding them. She’ll also spawn Drones at this point that will shoot laser beams at you, these can be damaged yourself but it’s best to ignore them and focus on shooting at GenIVIV. Additionally, she’ll shoot regular laser shoots at you in a horizontal spread, these can be easily avoided by strafing around her.

GenIVIV isn’t too much of a problem so long as you avoid fighting in the center, you’ll avoid most of her nasty attacks and can focus on dealing damage to her. Bringing Shock and Corrosive weapons to the battle will make this smoother and help you put this mech down for good.

Amongst her pool of loot, GenIVIV has the chance to drop the Legendary Shield, Messy Breakup, a Shield that will give you a small Drone yourself, it’s a bit situational but still useful all the same. 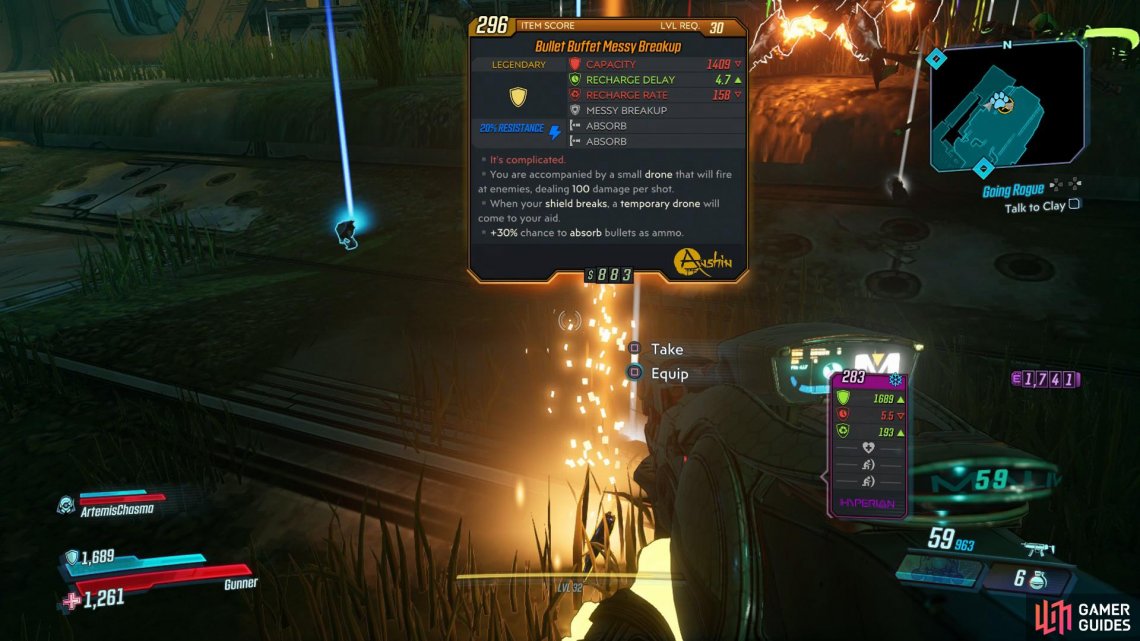 Messy Breakup is a useful Shield if you can handle hearing GenIVIV’s voice all the time.