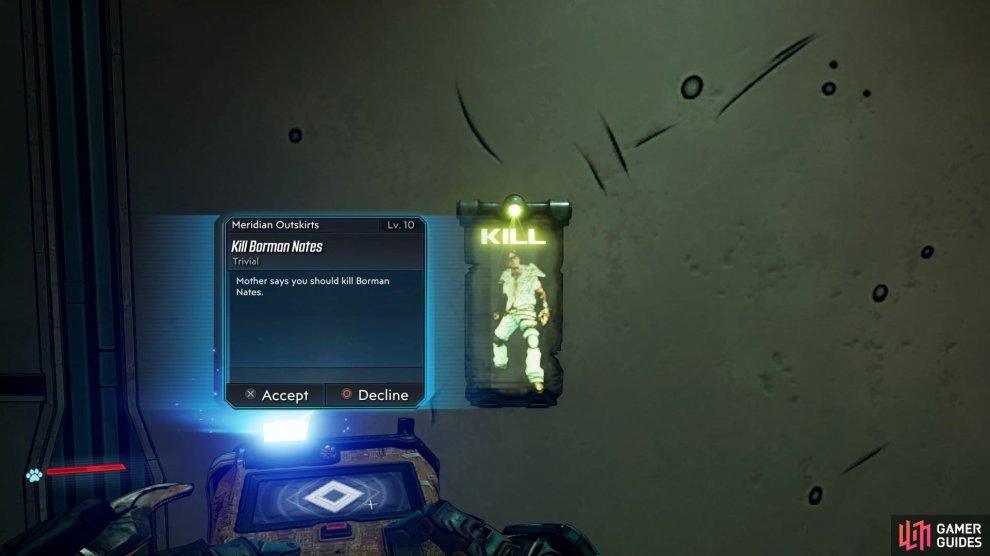 Note: The Borman Nates Side Mission has a random chance to become available in Sanctuary at any point in the game, so make sure to keep checking back there every once in a while. This Side Mission is not needed for the Getting a Little on the Side Trophy/Achievement. 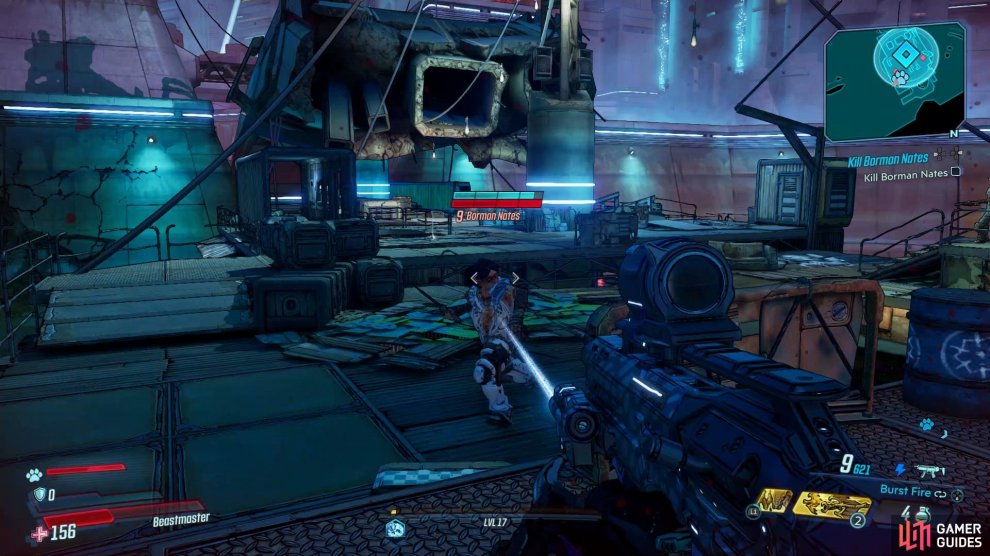 You’ll see Borman Nates in the raised area of the Meridian Outskirts.

Once you’ve accepted this Side Mission from the Bounty Board in Sanctuary, teleport over to the Meridian Outksirts and grab a vehicle.

You’ll be able to find Borman Nate in the raised area of the outskirts where you did the Maliwannabees Side Mission earlier. After you’ve taken the lift up to the raised platform take out all the enemies on your way over to the back where Borman Nate will be waiting.

Borman Nate isn’t too tricky of a fight as long you’ve cleared out the area first and you keep your distance throughout. To make this fight even easier, take an Incendiary weapon with you to take him down quicker. 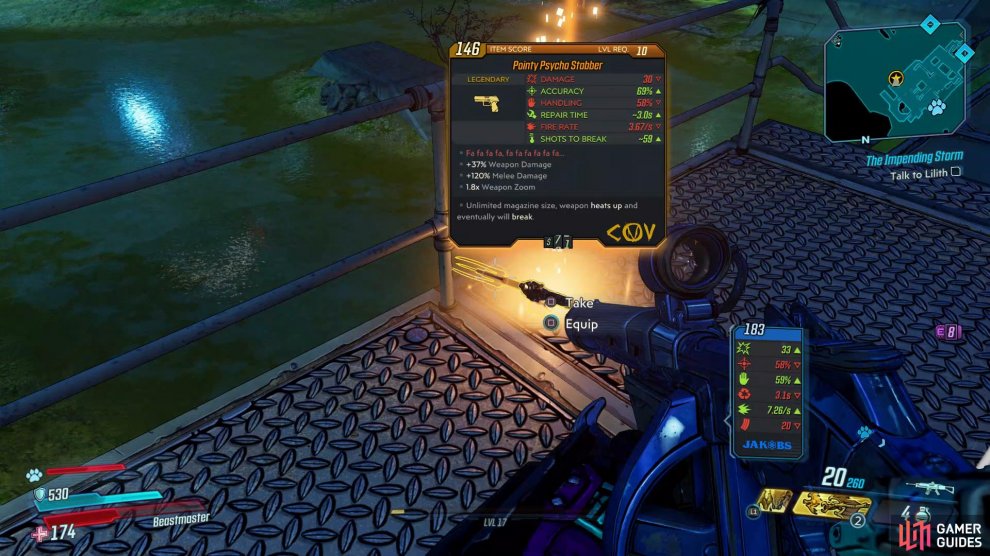 The Pointy Psycho Stabber is Borman Nates exclusive Legendary Pistol. If you would like to farm it, simply exit to the main menu and log back in and head back to his location. 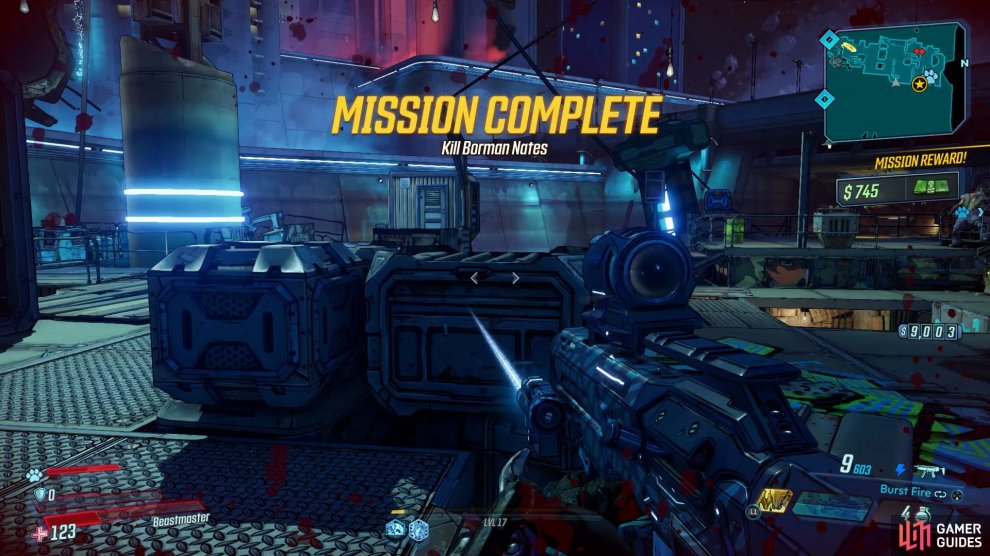