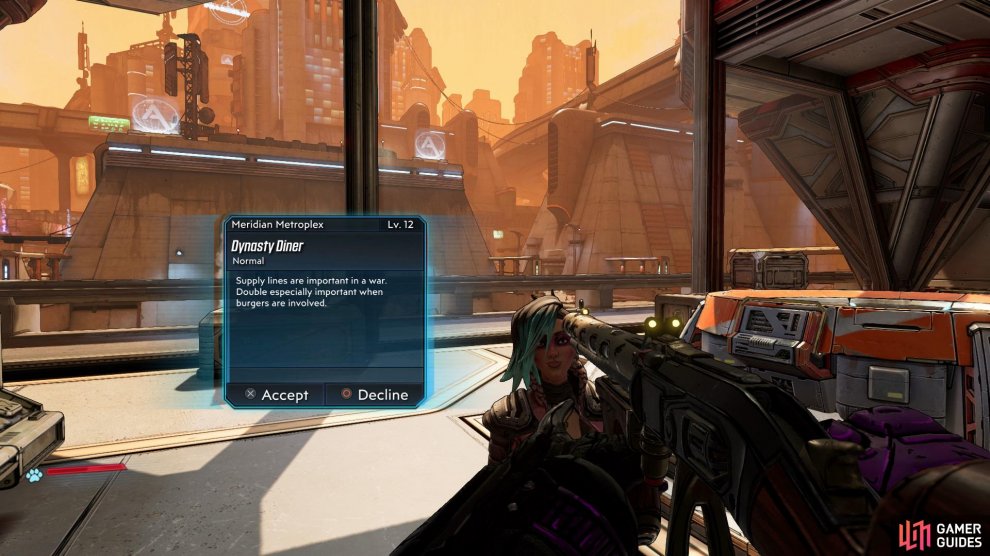 You'll be able to accept this Mission immediately after you've finished the Rise and Grind Side Mission from Lorelei.

Once you've accepted the Side Mission from Lorelei, head over to the waypoint on the map and take out all the enemies that are surrounding the diner. After you've reclaimed the diner head downstairs to the employee area and interact with the button on the counter to progess to the next step. 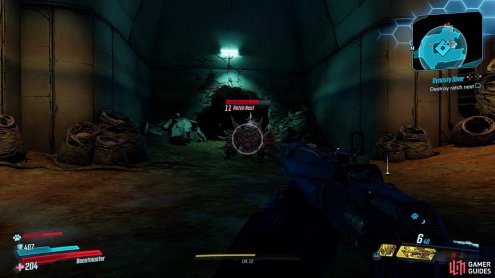 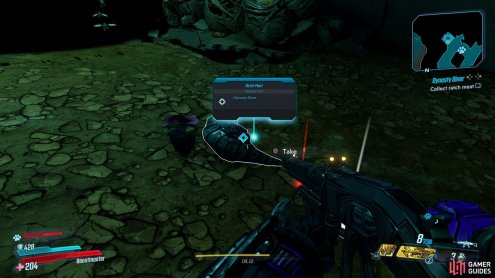 After you've taken back the diner and interacted with the button, you'll now need to head to the waypoint on the map where a bunch of Ratches will be waiting for you. Take them out and make your way over to the back left corner of the room where you'll find the Ratch Nest, kill it and retrive the Ratch's Meat.

Note: Dont head straight in for the Ratch Meat, as when you kill the Ratch Nest he'll drop an egg which will explode into a swarm of Ratches. 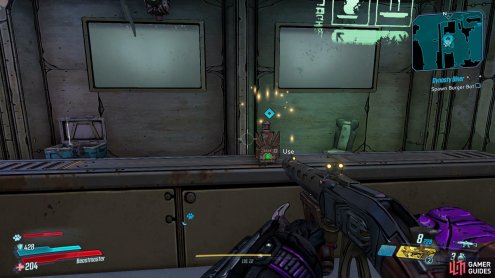 Once you've collected the Ratch Meat, head back to the Dynasty Diner and place it into the Digiscanner and then interact with the button on the counter to spawn the Burger Bot. 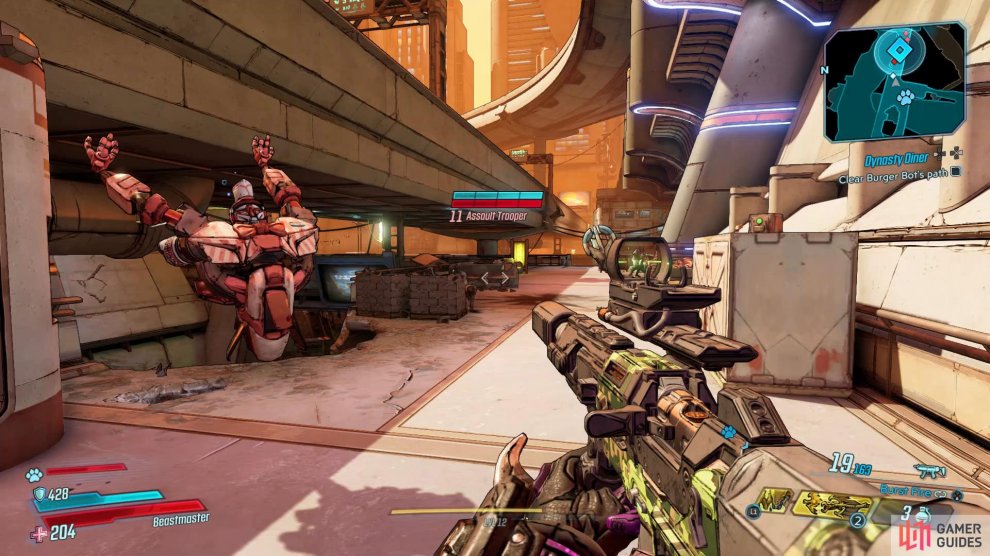 Once you've spawned in the Burger Bot you'll need to follow him, but on your path you'll get ambushed by some enemies, take them out to allow the Burger Bot to get past and follow him again.

As you proceed further forward you'll be ambushed again, simply use any cover in the area to dodge out the way of the Badass enemies, once you've cleared all the enemies follow the burger bot once more. 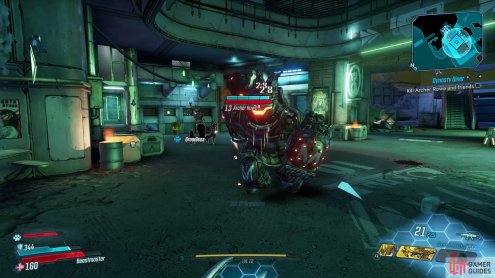 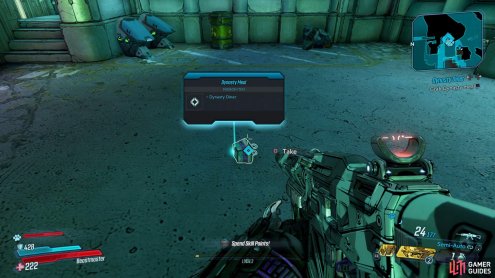 After you've defeated the previous wave of enemies, follow the Burger Bot further into the area and Archer Rowe will spawn alongside some other enemies. Carefully take out the enemies with caution and then head back to the Burger Bot and watch him explode, where he'll drop the Dynasty's Meal.

Collect Dynasty's Meal and head back to Lorelei to give her the meal to complete Side Mission. 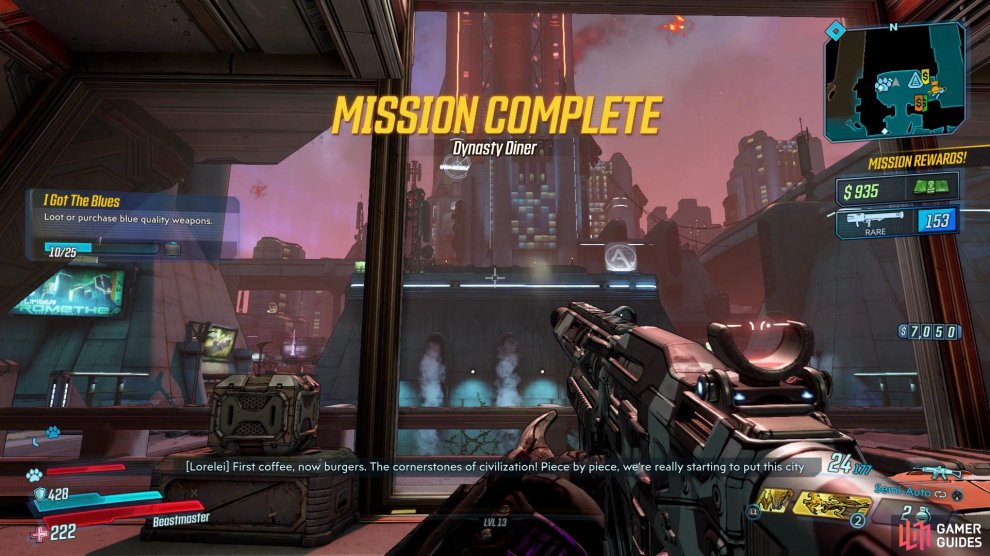