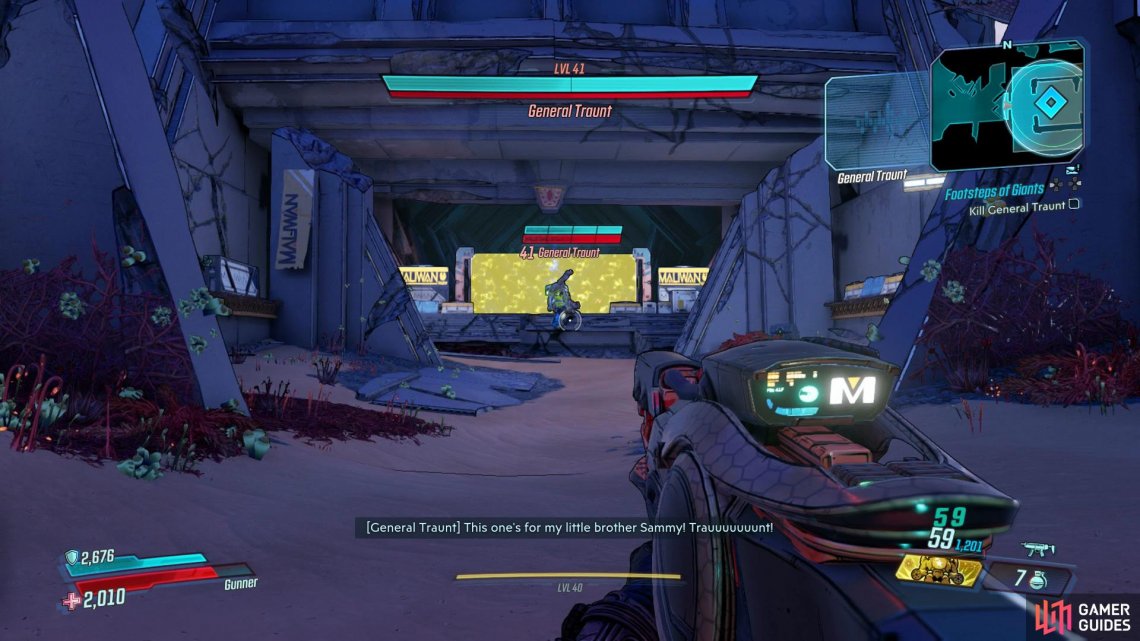 The first thing you should notice is that the arena you’re fighting is rather limited, add on top of that the fact that Traunt is similar to his younger brother you fought back on Athenas and you know that there is trouble brewing. Pay attention to Traunt’s health, he has a Shield you’ll need to take down first and of course Shock weapons or Action Skills are your best bet. You’ll also notice the large generator on his back, this is his weak point.

Traunt will attack by firing a barrage of beams at you, these are similar enough to avoid by keeping on the move. More deadly, are his ability to shoot different elemental Orbs. These will persist in place and continue to damage you if you’re caught up in them, they can however be shot down so be sure to do so if you get the chance.

He also retains the ability his younger brother used by shooting an fast paced Orb that will travel around the outside of the arena, damaging anyone it comes into contact with. The best way to avoid this, and in fact most of his attacks, is by standing in the area you drop into, right against the wall. The biggest issue here however is you need to make sure you keep track of the other Maliwan soldiers, they’ll constantly sneak in behind so pay attention to the radar at all times. 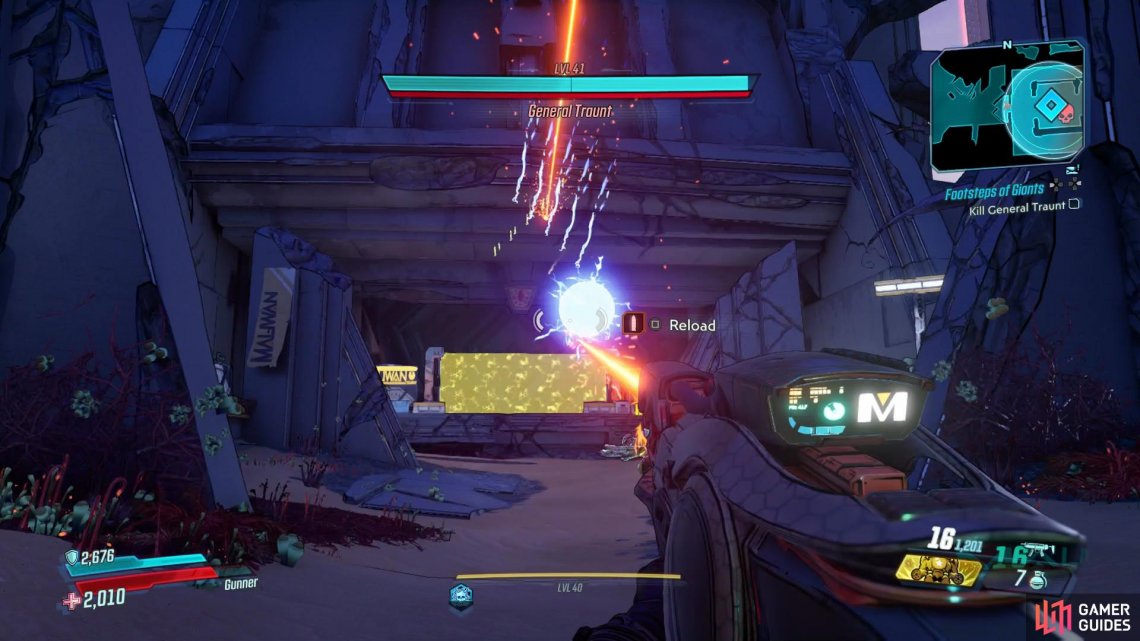 Outside of this, providing you take position in the previously mentioned area, Traunt shouldn’t be too much trouble. His attack are all easily avoidable and by this stage of the game, you should have more than enough firepower to bring him down. You’ll also find General Traunt has no unique drops to farm either, he’s simply a roadblock.