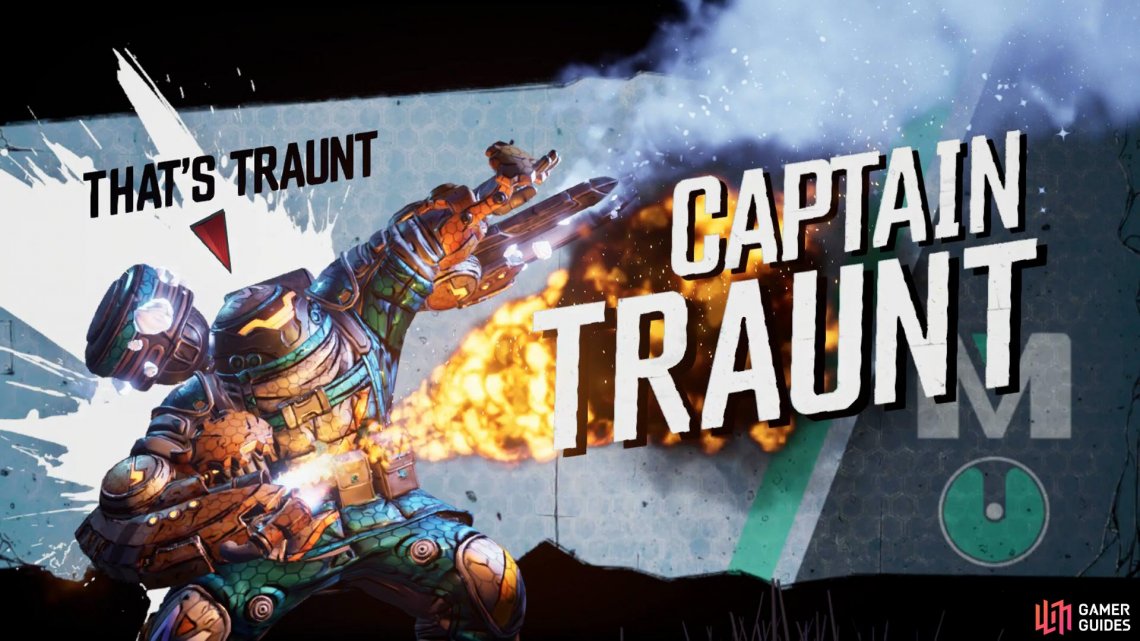 Captain Traunt is essentially a more advanced version of the Heavies you’ve fought to so far and combines both the Pyro and Cryo variants of the enemies. The arena itself is fairly narrow and you can easily be caught in his area of effect attacks so you’ll want to try to maintain cover at all times, ideally along the balconies found either side.

Traunt begins the fight in his Cryo mode and as such, his attacks take on the Cryo element. He’ll create Walls of Ice that he’ll then shoot at you, run away from the wall as you may mistake it as cover when it’s anything but. Additionally, he’ll shoot a large ball of Cryo in the air, this can be shot down in midair or alternatively, you can retreat to cover to avoid the blast. Once you bring his Shield down, he’ll enter his second phase where he’ll throw in the Incendiary attacks such as shooting large blasts of it at you. These will create flame surfaces that will damage you should you stand on it so keep moving at this stage of the battle.

As you may well know from the other Heavies you’ve fought, Traunt suffers the same weakness, namely the large orb on the back of his mech suit. Prioritize your attacks on this to deal Critical Damage and drain his health a lot quicker. As usual, you’ll have to deal with the Troopers that join the battle but use them as a means to recover from death as you’ll want to focus on Traunt exclusively. 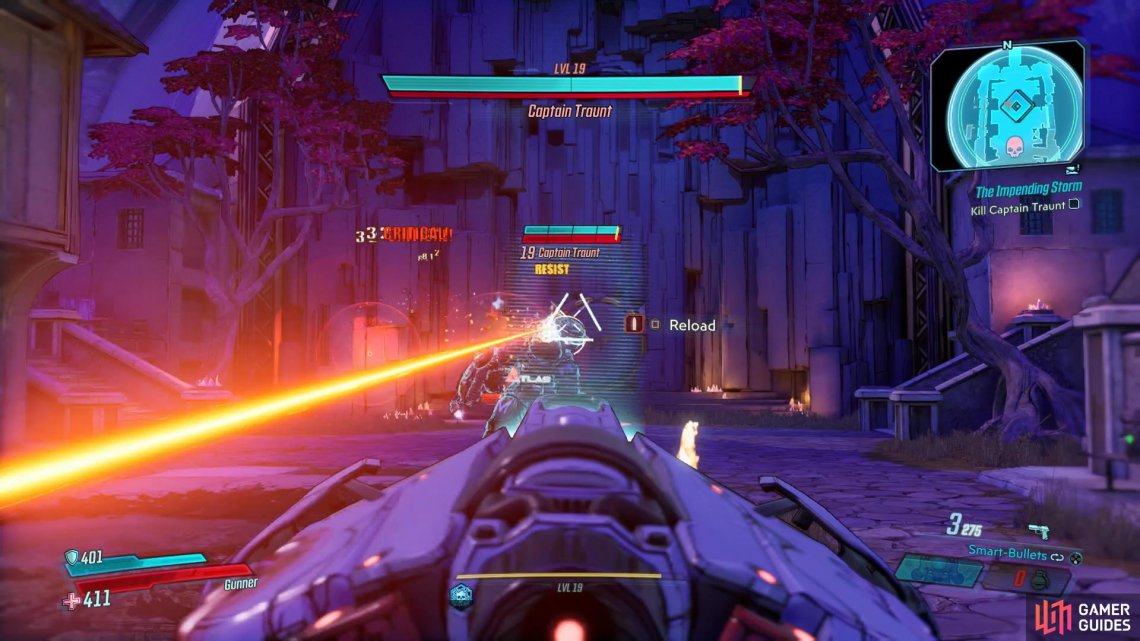 So long as you stick to cover, Captain Traunt isn’t as imposing as he may look however should you stick to fighting it out on the street below, you’ll quickly succumb to his ability to coat the area in either Cryo or Incendiary effects. Captain Traunt doesn’t have any unique Legendaries of his own this time but he can drop the universal Legendaries should you choose to farm him.