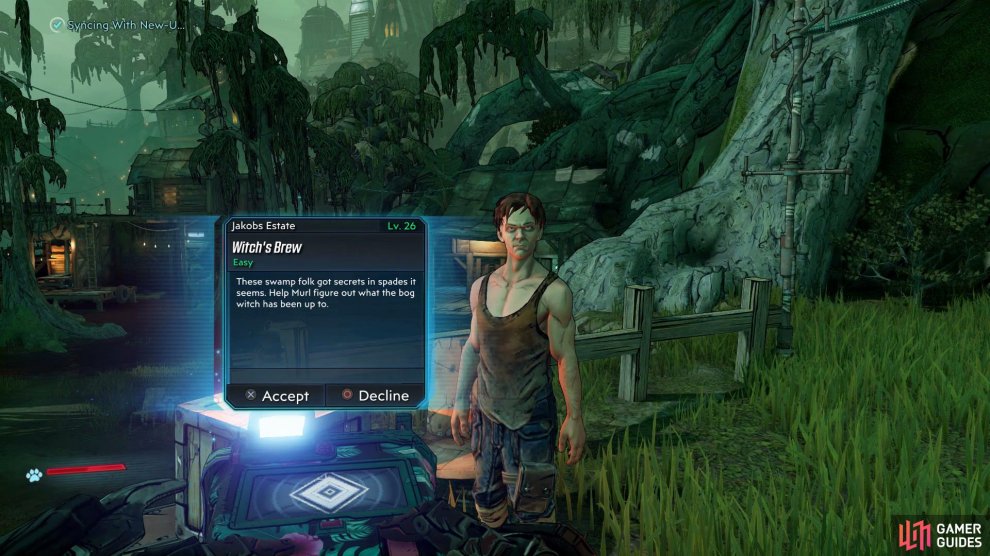 Once you've entered the Jakobs Estate, Murl will be waiting for you near the start of the area. Speak with him to accept the Side Mission and head over to the waypoint and interact with the device device at the gate to speak to meet Azalea. 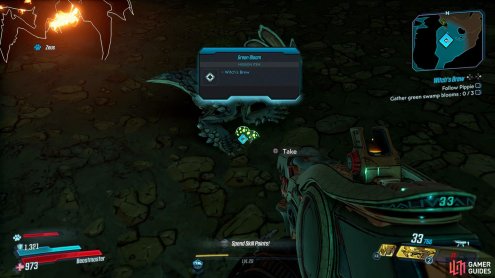 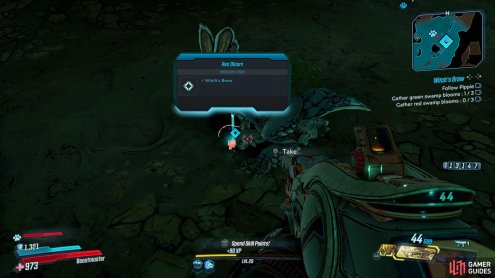 After you've spoken with Azalea you'll now need to follow Pippie into the cave and collect three Green and three Red Swamp Blooms. Whilst you follow Pippie around the cave, make sure you take out any enemies that may try to bother you in there.

Note: Make sure to grab the Dead Claptrap that's hiding on the left side of the cave. 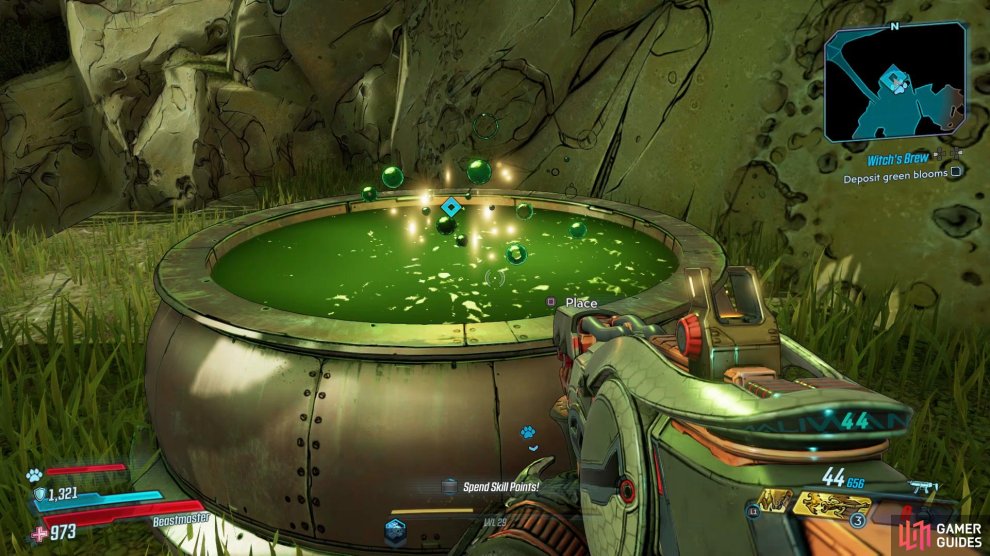 Now that you've collected all the Swamp Blooms, head back to Azalea and deposit the Green Blooms into the Vat and then kill the Mutated Tink that spawns. 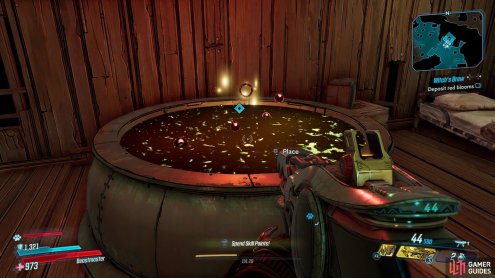 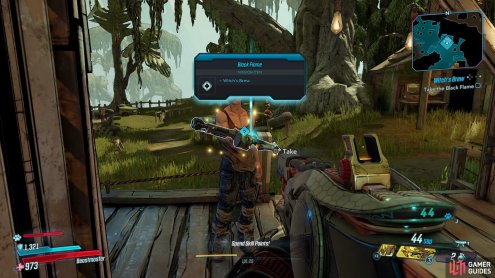 After you've defeated the Mutated Tink, head back to Murl and open the door behind him to find another secret Vat. Deposit the Red Blooms into it and then collect the Black Flame from Murl before making your way back to Azalea. 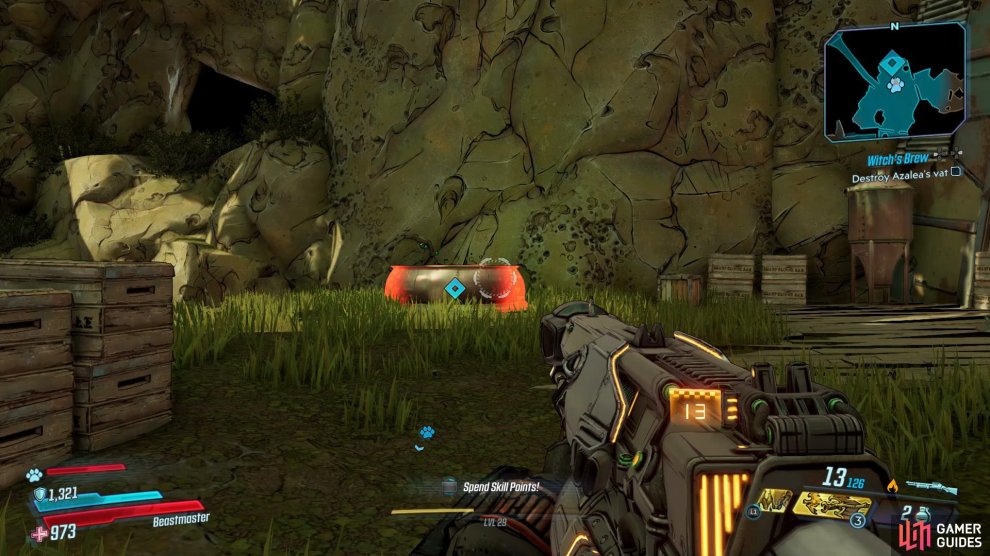 Once you've collected the Black Flame from Murl, equip it and take out the Vat that's outside of Azalea's camp. 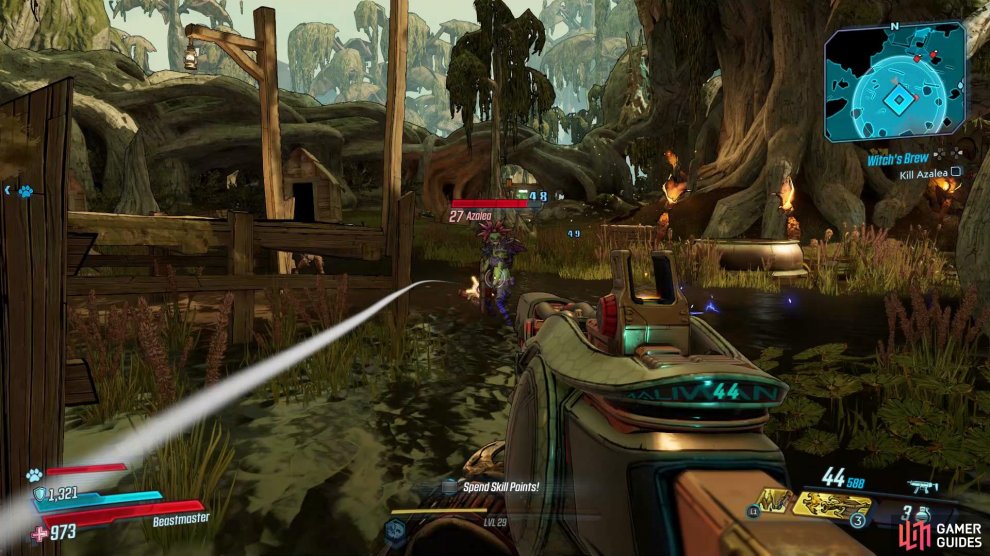 With the first Vat destroyed you'll now be able to enter Azalea's camp. Once you've entered the camp take out any enemies that are in the area and head over to the waypoints with the Black Flame and destroy all the Vats.

After you've destroyed all the Vats in the area, Azalea will spawn in the middle of the area, take her out and then head back to Murl to complete the Mission. 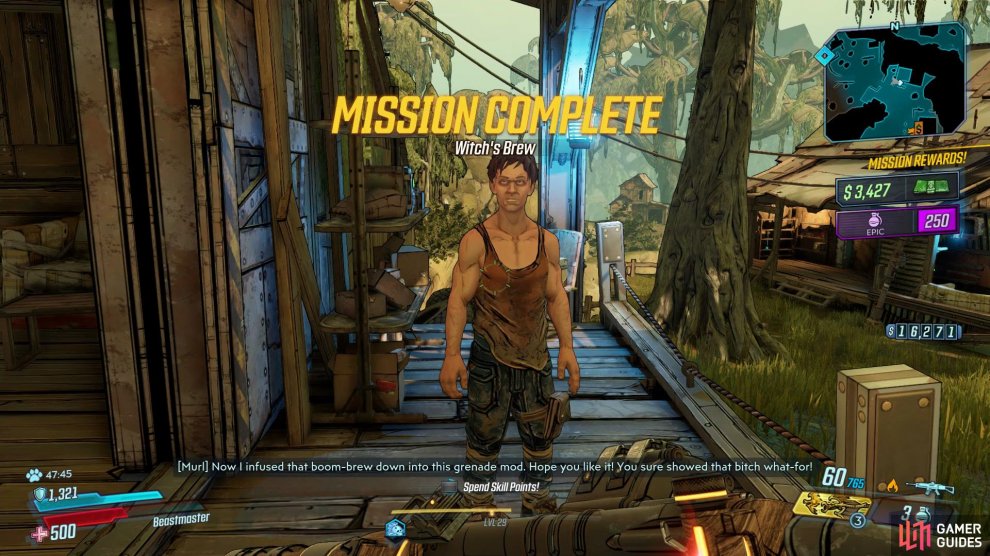