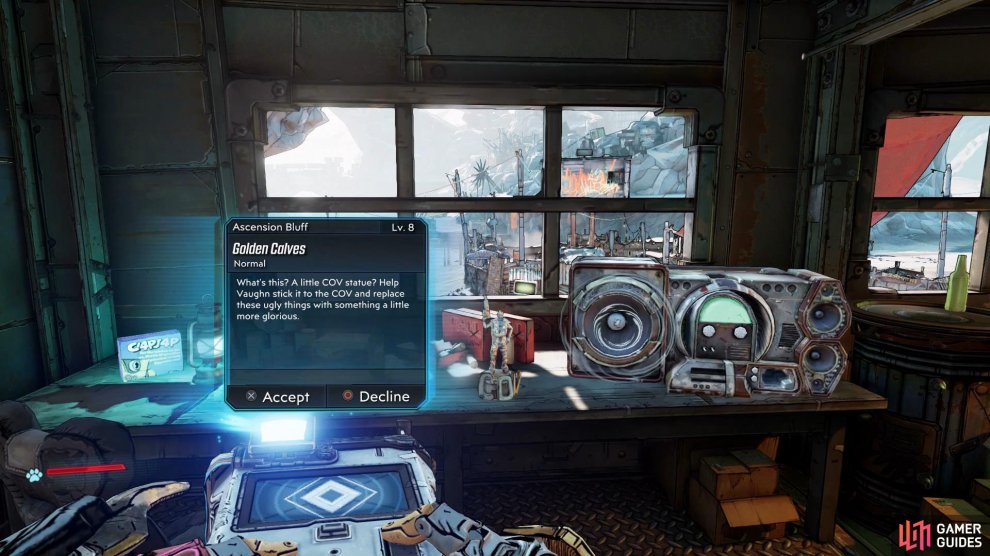 To begin the Golden Calves Side Mission you'll need to have started the Cult Following Main Mission. Collect the Side Mission by heading up to Crimson Command and interacting with the statue that's sitting on a table next to a stereo.

You'll now be tasked with ripping down three posters that are scattered around a camp in Ascension Bluff which you'll find to the north of The Droughts.

Find a poster with a / Profile / Intimate / Front view

Once you're in Ascension Bluff, head to the northeast of the map to reach the camp in question. Once you've reached the camp where the posters are located there will be a large group of enemies surrounding the area, so you'll need to clear them out before going to take down the posters.

You'll be able to find the Poster with a Profile view on a wall next to near the entrance of the camp. After you've ripped it down, head up the stairs and grab the White Chest that's waiting for you at the end of the walkway, now make your way across the bridge where you'll find the Poster with a Intimate view pinned onto a board.

Finally, drop down from the bridge and head towards the north side of the camp where you'll find the Poster with a Front view placed on a tower. 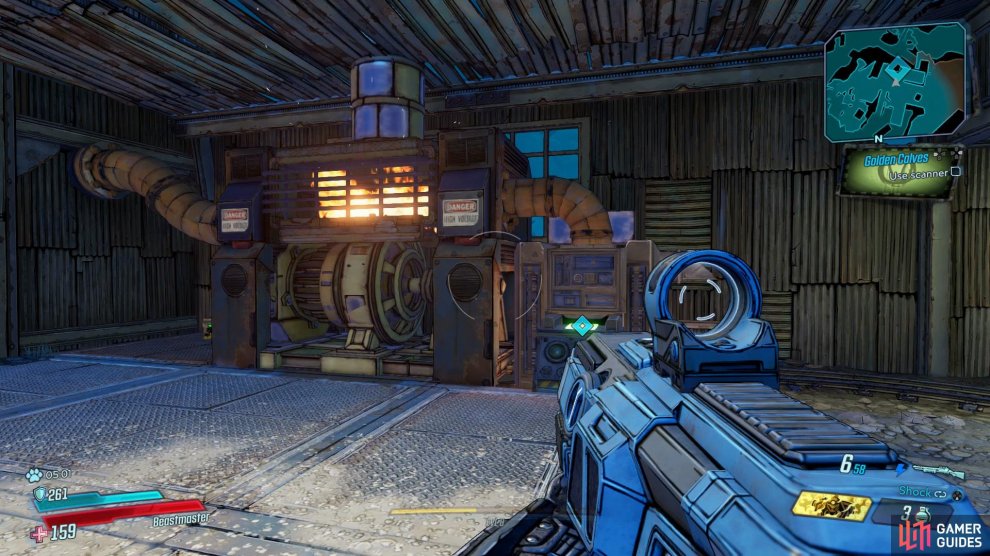 Note: Just before you approach the 3D printing plant, there will be a Loot Tink that spawns to the left side of it. Make sure you take him down quickly as you don't want to miss out on the loot.

Now that you've grabbed all the posters, continue further north from the tower and take out all the enemies on your way up to the 3D printing plant. Interact with the printer to begin printing some of your own Vaughn statues and once its complete, admire your work by interacting with the statues themselves.

Now that you've got some 3D Vaughn statues, he'll want you to destroy 3 COV statues and replace them with his. There are a few objectives on the map with the locations of COV statues that are scattered around the area. Once you've replaced all the COV statues with Vaughn statues, you'll need to Fast Travel back to the Crimson Command in The Droughts and speak with Vaughn to complete the Side Mission. 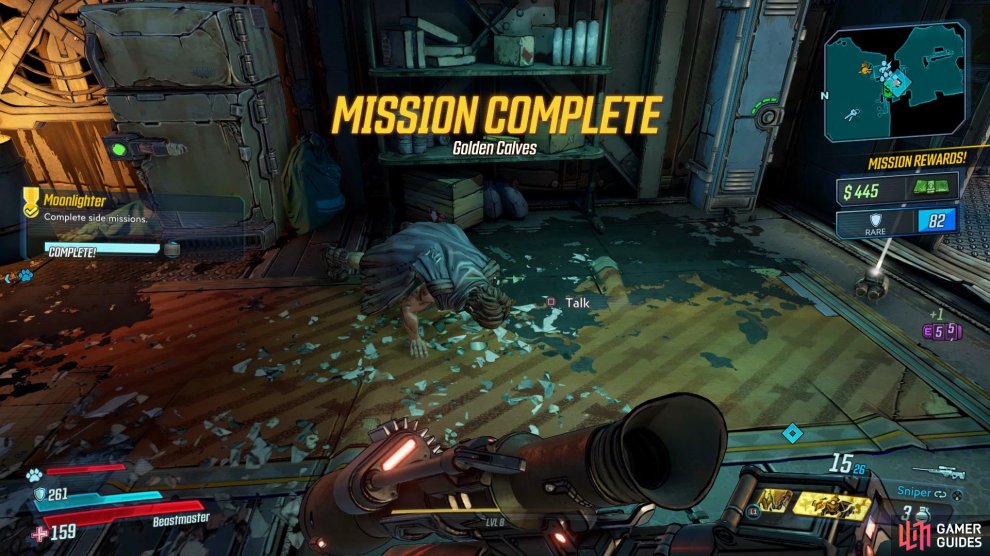