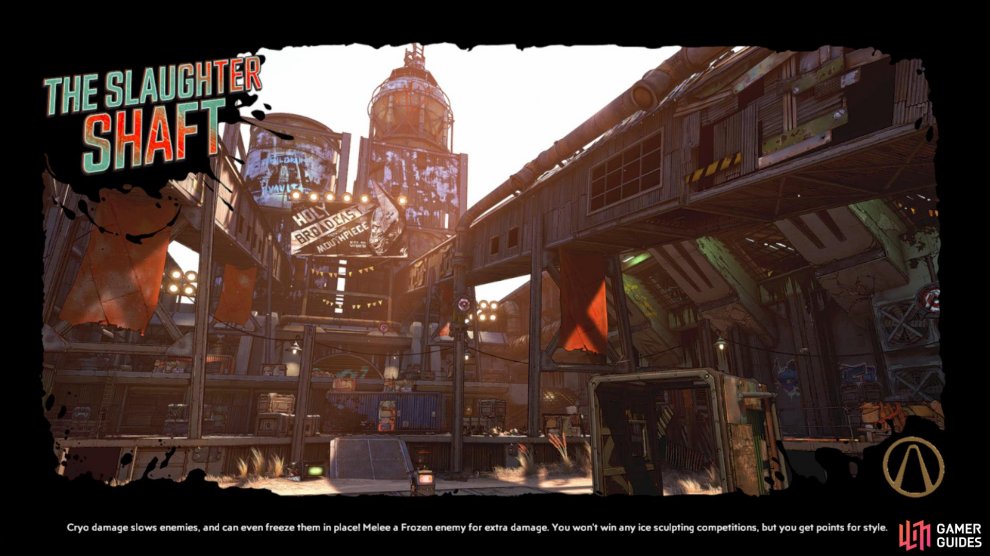 Follow the guidelines in the following page to find where to unlock and begin The Slaughter Shaft. This particular Circle of Slaughter focuses on all of the COV enemy types in the game such as Fanatics, Goliaths and Tinks, knowing how to handle each of these will lead to an easier time.

As mentioned above, The Slaughter Shaft focuses on the various types of COV found around the galaxy. Early on you’ll come up against the usual Fanatics and Psychos which shouldn’t pose too great a threat, especially considering the amount of cover you have in your arena. Once the Tinks start appearing though, you’ll need to be alert, especially for any Tink Sentries that may get placed. These will quickly shred your health bar if you leave them active for too long, especially at Level 50 or on Mayhem Mode. Likewise, you’ll also want to keep a close eye on any Longshot Fanatics as they’ll have a similar effect to the Sentries.

Like always, Goliaths are a huge threat, you’ll want to take them down before they can evolve too much and the Caustic variants especially can be especially mean. You’ll also want to watch out for Badass Enforcers and Fanatics, the later of which usually comes equipped with Rocket Launchers that can cause your health to plummet at an alarming rate. The final enemy type to note are the various forms of Hags, these brutes have lots of health and usually favor a particular element, covering the arena in Cryo, Tornadoes or other deadly effects, keep your distance and take them out as soon as possible.