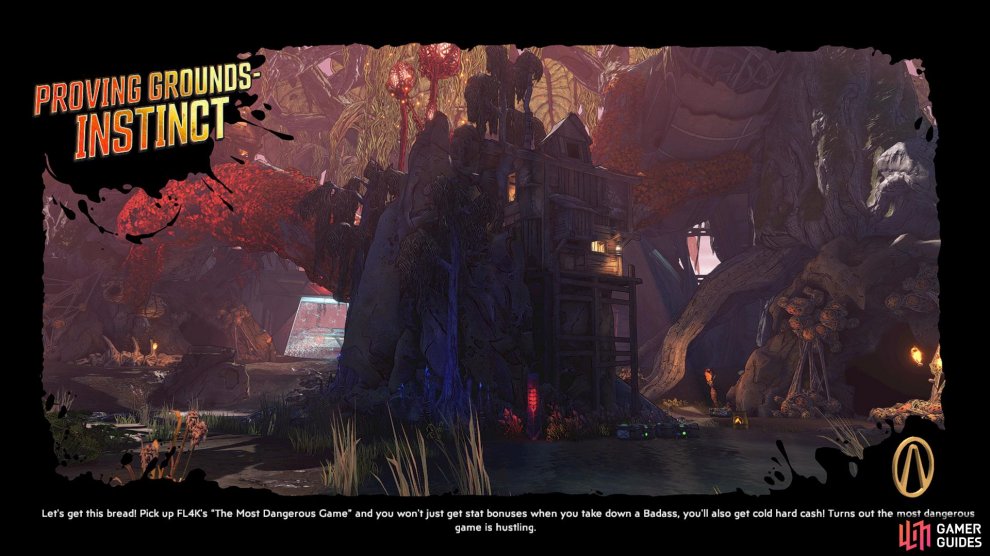 Once you’ve accepted and completed the previous mission Discover the Trial of Instinct, head further into Wayward Tether and speak with the Overseer to begin the challenge. After you’ve entered the trial you’ll face alot of enemies that include different types of Jabbers including Badass and Charged ones, you’ll want to focus all your attention on the Badass ones first as they can pump out more damage. The fastest way you can take them down is using a weapon that has an element that they’re weak to aswell as using your character’s Action Skill when available while also using any Grenades you may have. 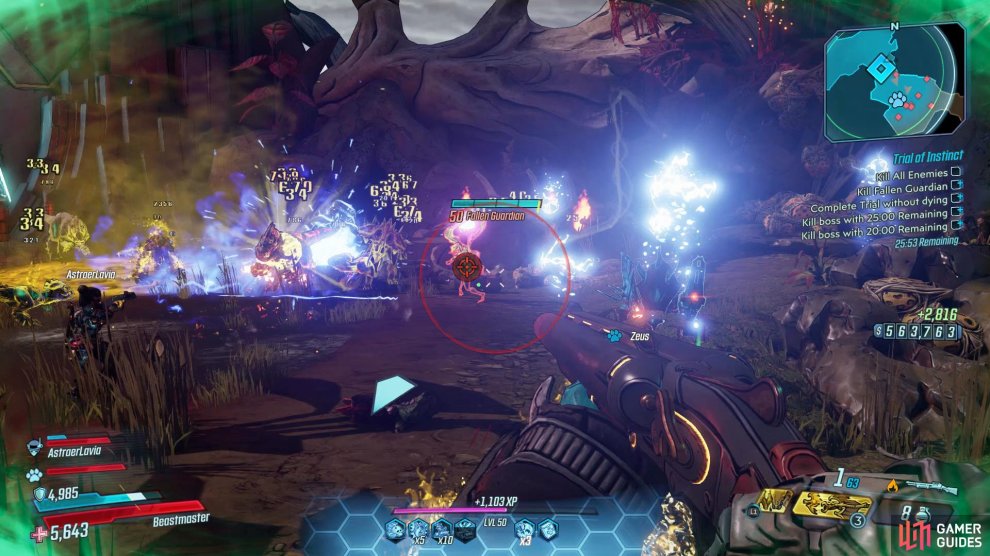 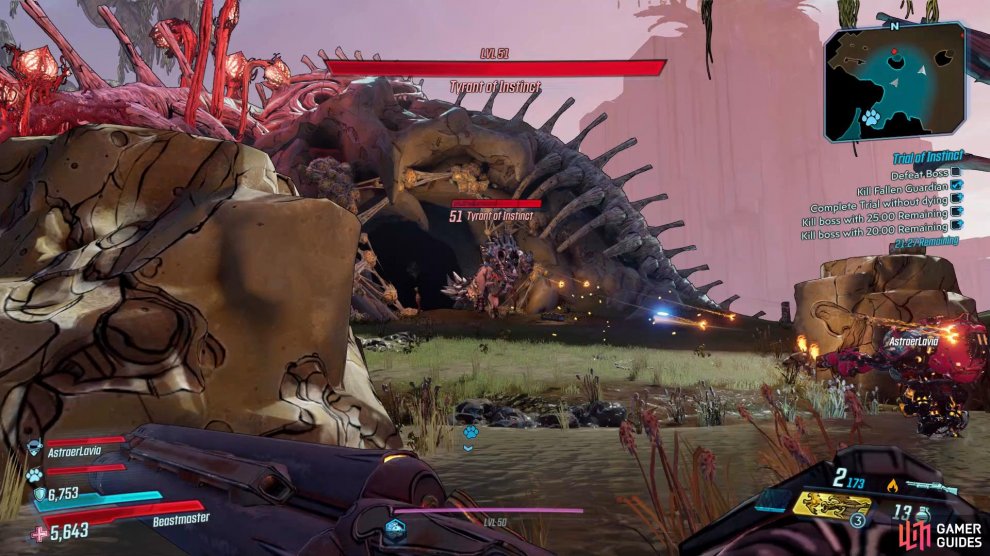 Once you’ve cleared all the enemies out of the previous areas you’ll eventually come to an area where you’ll have to drop down to go head to head with the Tyrant of Instinct, the boss of this Eridian Proving Ground.

The Tyrant of Instinct is a giant dinosaur that has large weapons attached to his head that can fire machine gun bullets at you if you get too close, or it can fire rockets at you if you stand at a distance. You’ll notice there isn’t many places to hide and get cover so you’ll want to get keep yourself pretty far away from the dinosaur which you can do by sticking to the outer side of the area circling the arena.

You’ll need to focus on the sides of the dinosaurs body to deal the most damage, keep damaging him until you deplete all of his health which will cause the second phase to begin. During this phase you’ll want to do the same thing you did in the first but be ready to dodge some of his new abilities that he has gained.

Now that you’ve taken out the boss, head up to the chest at the end of the area and open it to complete the Trial of Instinct. 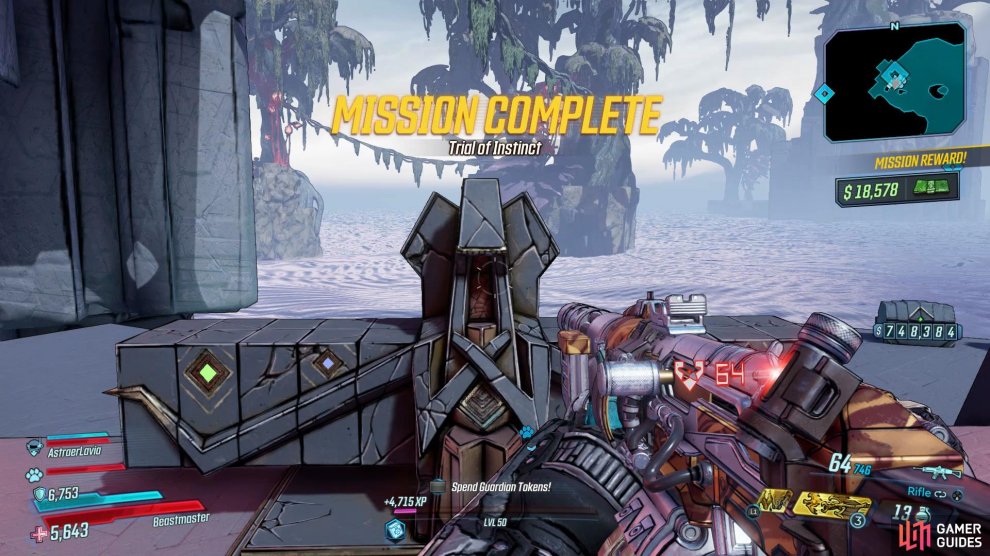