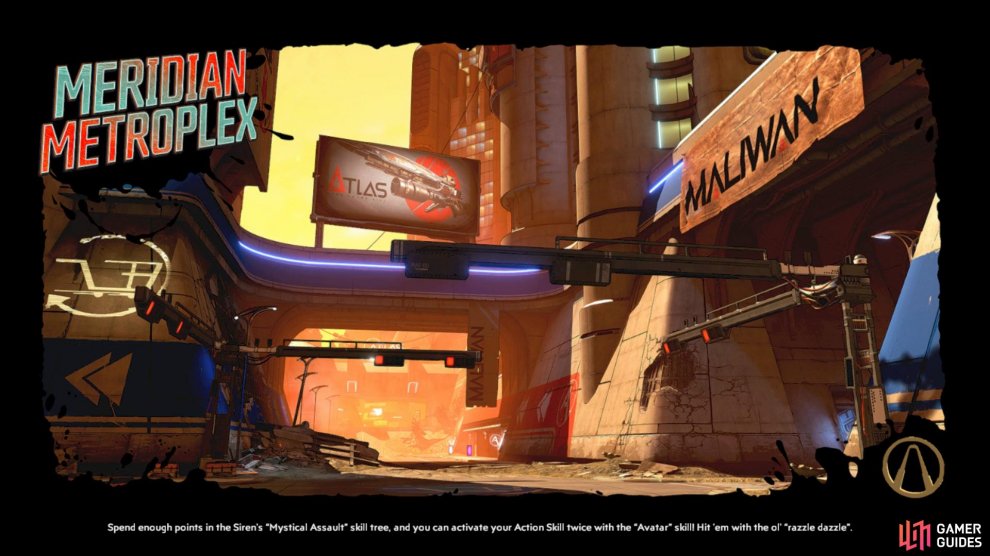 Crimson Radio - In plaza northwest of Watershed Base

Make your way to the location of the Dynasty Diner Side Mission and after clearing the plaza, look for some containers that allow you to reach the yellow painted wall. From here, climb the next container and wall to finally locate the terminal. 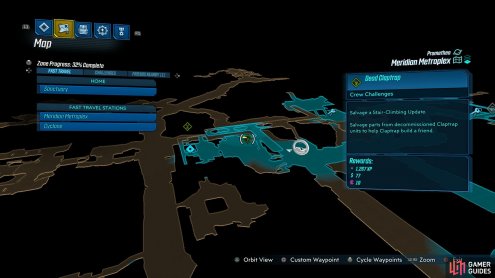 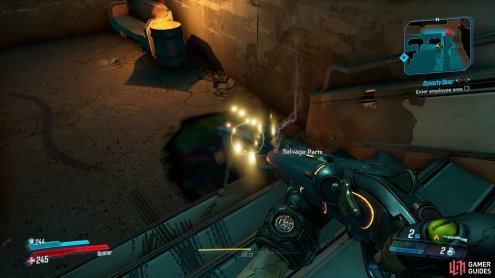 Make your way to the location of the Dynasty Diner Side Mission and after clearing the plaza, look down the stairs to find the Claptrap.

Make your way to the northeast of Rise and Grind Coffeehouse and you’ll spot a yellow barrier. Turn around and look up to spot a pipe you can shoot, spilling water by the nearby wires. Use any weapon or Action Skill with the Shock element to power up the box and allow you access to the vehicle inside.

Target of Opportunity - Baron Noggin - Southwest of the map 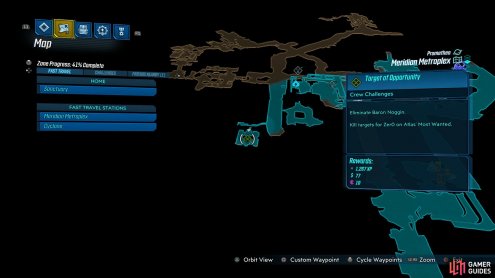 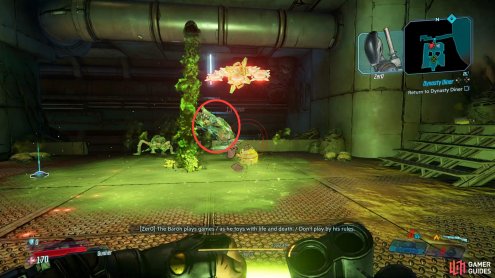 Head north and then southwest from the Fast Travel to find this sewer located at the end of the road. Baron Noggin will fight alongside many Ratch but ignore them and focus on the Baron himself. He’s weak to Corrosive and you’ll find many pipes around here you can burst to help inflict it. 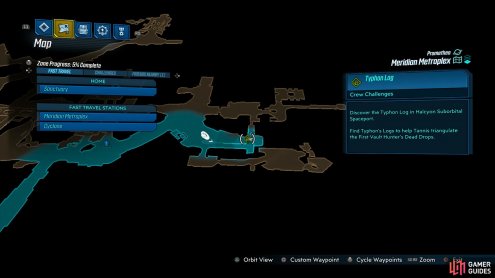 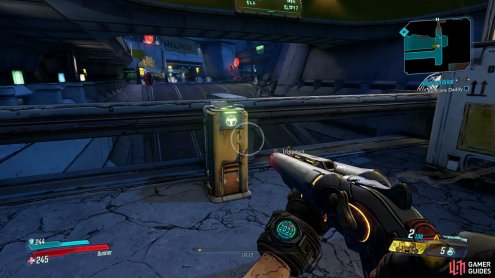 Head east of Rise and Grind Coffeehouse and make your way around the upper path to find the Typhon Log overlooking the road below. 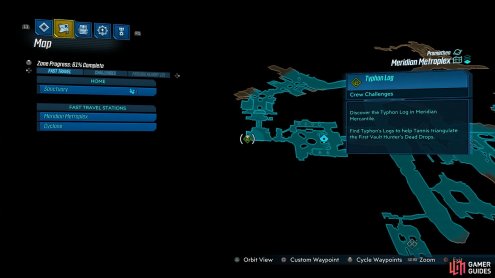 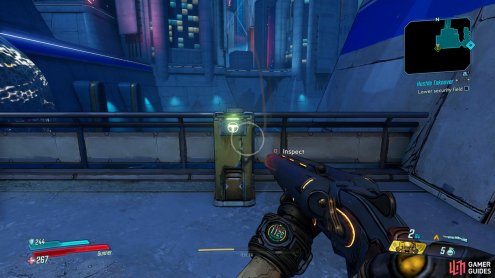 During the Hostile Takeover Main Mission, you’ll meet Zer0 for the first time after a battle. Before you follow him through the doorway, look to the right to find a Typhon Log. 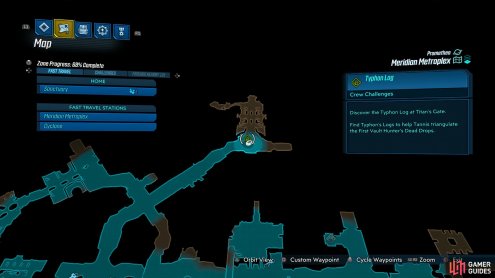 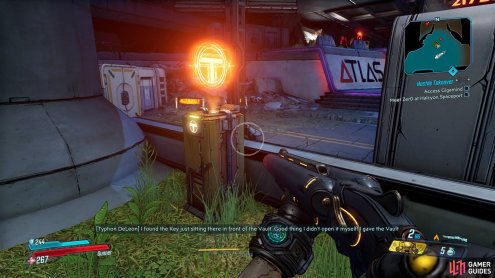 Make your way over to the far north of the map, Titan’s Gate, and look behind some containers on a patch of grass to locate it.

Typhon Dead Drop - Knoxx Station, along the containers to the east